Top Posts
24 Things That Will Make You Laugh (Even...
How To Deal With Bitter People
Having Family Problems? Here’s How To Fix Them
20 Easy Ways to Protect the Environment and...
5 Surprising Benefits of Training Your Glutes
5 Reasons Warm Weather is Good For Your...
8 Ways To Have A Super Relaxing Weekend
The Importance Of Being Grateful
QUIZ: What Workout Are You?
7 Healing Foods That Boost Metabolism
You are Here: Inspiyr > GET HEALTHY > Does Tai Chi Help You Lose Weight?

Imagine an activity that can effectively combine your health and fitness needs in one place—a fun and effective exercise for combatting obesity and weight loss; and for promoting muscle tone, endurance; and as much calorie burning as running! 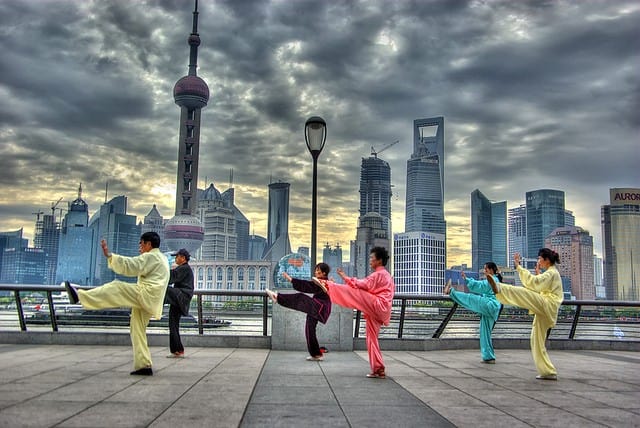 This activity has been shown to help reverse heart disease, lower the risk of falls (falling is the #1 cause of death among people over 65), relieve depression and anxiety, undo the causes of Alzheimer’s, relieve chronic low back pain, and very possibly slow cellular aging. Hello, “Fountain of Youth”!

What is Tai Chi?

The name of this all-encompassing activity is “Taijiquan” (Tai Chi)―the 1,000-year-old Chinese meditation/workout/martial arts practice that has had a resurgence of popularity of late.

Actor Keanu Reeves is hooked, and recently, he directed, produced, and acted in the film A Man of Tai Chi. Another fan is actor Hugh Jackman, who uses Tai Chi as part of his regimen to stay in X-man shape. And Dr. Oz says that Tai Chi is the ticket to living till 100.

Tai Chi is 100% safe. It has no side effects, no contraindications, and no record of people being injured as a result of practicing it.

If Tai Chi is new to you, or you think it’s a slow-motion dance for old people, check out this quick guide to the top five benefits of Tai Chi.

Numerous studies have shown that Tai Chi affects metabolism and improves aerobic capacity. In one study participants were able to lower both their body mass index (BMI) and their waist circumference by significant amounts.

Due to the synergistic nature of its movements, Tai Chi burns between 300 and 500 calories per hour, depending on the intensity of your workout. When you practice Taijiquan, you use more than just your arms or legs; you’re using your entire body.

The more of your body you use, even at a slow pace, the more calories you burn.

Practicing Tai Chi is a great way to build and tone muscles. In particular, the legs are working continuously. In a typical 20-minute Taijiquan routine, you may perform the equivalent of 100 lunges.

The upper body also gets a great workout, as this practice utilizes weights and other methods.

More than 20 million adults in America suffer from depression and/or anxiety. However, Tai Chi is a great solution and an alternative to many medications.

More than 40 studies have been done on the effects of Tai Chi on mood and overwhelmingly, it has been shown to significantly relieve depression and anxiety (helping patients reduce medication intake), and alleviate withdrawal symptoms during drug-and-alcohol treatment programs.

Related Article: How to Manage Stress Without Alcohol or Drugs

In addition students often develop a sense of calm, centeredness, and positivity!

Are you a “Type A” personality, but are sometimes a bit tightly wound? Statistically, that places you at a higher risk for heart disease, the #1 cause of early mortality in the U.S.

The Centers for Disease Control and Prevention reports that about 600,000 people die of heart disease in the U.S. every year—that’s 1 in every 4 deaths. But according to Dr. Peter Wayne, author of The Harvard Medical School Guide to Tai Chi, “Tai Chi may be one of the more effective, versatile non-pharmacological interventions to prevent and rehabilitate cardio-vascular disease.”

In a 2007 UCLA study (Irwin, M. “Journal of the American Geriatrics Society,” April 2007), researchers found that subjects who practiced Tai Chi had twice the immune response as the control subjects. According to the UCLA head researcher, the study suggests that “tai chi is an approach that might complement and augment the efficacy of other vaccines.”

So the next time you get your annual flu shot, back it up with a little Tai Chi practice, and it may be twice as effective!

Yes, Tai Chi helps you lose weight and has so many more health benefits for your heart, stress level and overall mental health.

Tai Chi may be ancient, but it’s more effective, efficient, and safer than many modern methods of health and fitness self-care. Try it today—and get your Qi on! 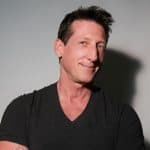 David-Dorian Ross has been playing Taijiquan (The Art of Harmony) for 35 years. He is America’s “Chi-vangelist,” whose public appearances introduce people to the benefits, accessibility and sheer joy of learning Taiji (T’ai Chi). Inside Kung-fu Magazine called him “the man who brought T’ai Chi mainstream.” His most recent collaboration is with international martial arts movie star Jet Li to promote Tai Chi throughout the world.

5 Ways to Uncover and Remove Your Hidden Blocks to Success

9 Positive Actions You Can Do When Life Sucks

Exercise best medicine out there.

More food for thought: An article in The Wall Street Journal on September 30 spoke to the health benefits of tai chi and qigong. What intrigued me the most was the boost in alpha brain waves, suggesting relaxation, and beta waves, suggesting strong focus.