Top Posts
24 Things That Will Make You Laugh (Even...
How To Deal With Bitter People
Having Family Problems? Here’s How To Fix Them
20 Easy Ways to Protect the Environment and...
5 Surprising Benefits of Training Your Glutes
5 Reasons Warm Weather is Good For Your...
8 Ways To Have A Super Relaxing Weekend
The Importance Of Being Grateful
QUIZ: What Workout Are You?
7 Healing Foods That Boost Metabolism
You are Here: Inspiyr > GET HAPPY > How To Deal With Bitter People

How To Deal With Bitter People

“Holding on to anger is like drinking poison and waiting for the other person to die.”  This familiar expression is one of the best analogies in describing an uncomfortable emotion – bitterness. So how do you deal with bitter people that you come across in your life?

The word bitter comes from the ancient Greek meaning “sharp or pointed.” Anyone who has been on the receiving end of a bitter person with a predisposition for ‘sharp-tongued’ remarks knows that words—especially carefully crafted by a wordsmith’s hateful, scornful mouth—can often cut quite deeply. It is easy to become resentful and carry this bitterness over into your own daily life.

Truth be told, bitterness can destroy relationships. You can never take back words once they are said. Further, studies have shown that holding on to anger is bad for your health.

Following are the top seven characteristics of bitter people.

Do you know someone that is bitter? How many of these characteristics do they have?

1. They desire to make someone else suffer

A bitter person might spew their inner hurt and anger by saying and doing things that hurt the feelings of others, exhibiting ruthless verbal and emotional cruelty.

Somehow, it makes the bitter individual feel better for a minute to see someone else suffer as they perceive themselves to be unfairly suffering. “Misery loves company,” is the mindset and they want to drag others down with them.

Related: 5 Reasons Why Your Emotional Intelligence Matters More Than Your IQ

2. They are full of vindictiveness

Frequently on the lookout for perceived slights, bitter people often invent ways to get back at those they view as having neglected, mistreated, disrespected, or ignored.

Vengeful and spiteful, they seek to cause torment in the lives of those whom they view as being inadequately caring or inattentive towards them. They almost loathe and have feelings of hatred toward the person who is the subject of their wrath.

3. They wade in self-pity

The bitter person often feels cheated by others and short-changed by life in general.

It’s almost impossible for such a person to experience genuine gratitude because of how much they feel they’ve been denied their due. They often feel so sorry for themselves that it’s very hard for anyone else to feel compassion for them.

Related: If You Truly Value Yourself, Then You Need To Stop Saying These 4 Things

4. They are looking for a fight

When a person is chronically bitter, they’re often in an antagonistic mindset and looking for a fight. If they can’t find one, they will think nothing of putting up their dukes and provoking one.

They’ll say or do something to start it up. After it’s over, they will feel a little better, while almost everyone else feels terrible.

5. They have sociopathic pride

From the bitter person’s point of view, it’s the world that’s done them wrong and deserves the full expression of their blameless wrath.

Bring their hateful behavior to their attention in the wrong way, and attempt to get them to see how it’s led to their alienation from others, and you’ll probably find out, even more, how uncaring, insensitive, hurtful, and harmful that person can be.

Related: Let It Go…For Your Own Sake: The Health Benefits Of Forgiveness

6. They are drowning in animosity and resentment

A bitter person will find it hard to experience happiness at the success or well-being of others.

Instead, the bitter person views the good fortune of someone else as more evidence that they have not been given a fair chance themselves. In their opinion, it’s time to mercilessly take their subject down a notch.

The bitter soul simply cannot see beyond their immediate wants. It’s all about them and they are inherently emotionally needy.

The intensity of their neediness severely impairs their capacity to be cognizant of the needs and emotions of others. They are detached and selfish, only caring about what’s in it for them.

Related: The 4 Types Of Difficult People And How To Deal With Them

Why Does Bitterness Happen?

Bitterness settles in when someone focuses on anger over an emotional “violation” that has happened to them in the past. For some, it stems from deep insecurity and hatred of oneself.

Many times, however, the bitter person’s perception of damage and the extent of their vengeful response to the original slight seem exceedingly out of proportion to the reality of what happened, but once bitterness settles in, it is all-consuming with someone who does not have the tools in place to release it. It makes us do and say the most irrational and self-defeating things.

Yet, despite how much we are better off without it, once bitterness takes hold, its grip is like that of a boa constrictor.

When you are bitter, you believe that someone else has the problem. Not you. So how can you convince a bitter person that something might be wrong with the way they are thinking, especially given the characteristics that bitterness suggests as listed above? As you might imagine, it’s a very touchy subject. Walking on eggshells is a better description.

Related: 5 Steps To Break Through Self-Sabotage

How To Help A Bitter Person

As difficult as life is for those in relationships with bitter people, it’s way worse for the person that swallowed the bitter pill. Life for the afflicted individual can’t really begin until they find it in their heart to let go of what’s been eating away at them.

If you’ve been dealing with a bitter person, and you really care, try mustering the courage to lovingly, thoughtfully, and firmly confront the bitterness head-on.

After all, the bitter person is not your enemy. The bitterness itself is the real offender — for both of you.

Don’t expect a warm and fuzzy reception or an immediate resolution. Just like the bitter person needs to deal with his stuck-in-time anger, you also have to just let that go too.

Related: The Power Of Forgiveness

A person harboring bitterness needs to forgive. Forgiveness does not mean pretending everything is “OK.”  It doesn’t mean forgetting the hurt either. Forgiveness is simply the act of surrendering our desire for revenge; that is, our desire to hurt someone for having hurt us. Forgiveness is the gift we give ourselves that enables us to stop picking at the scab and start making a plan for healing.

If the bitterness won’t let go even after you’ve tried your best, it is time to seek professional help. Working with a life coach, for instance, can help you see possibilities that your pain has blinded you to and give you new tools to heal the wounds that are holding you back.

Bitter people can be hard to deal with, and bitterness can be difficult…but not impossible to overcome. If we stop dwelling and retelling the story to ourselves (and to whoever will listen) and instead put our focus on what we can do today to take a step towards a solution, we will feel more in control and less a victim of circumstance.

Bitter people and the people around them need to stop playing the victim and have a mentality that they can control their lives, who they interact with, and who are in charge of their future. Just remember – only you are in charge of your happiness.

Don’t let a bitter person take you down. 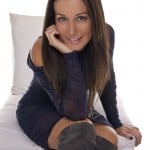 Laura Kronen is the author of Too Sweet, The Not-So-Serious Side to Diabetes, and founder of Life Coaching Organization, Be You Only Better.

How to Achieve Mindfulness in 10 Minutes a Day