Each year before flu season, millions of flu vaccines are shipped around the world to protect humans from contracting the deadly influenza virus. Despite the millions of Americans who receive the flu vaccination each year, there are some individuals who doubt its effectiveness and safety. In addition to discussing the numerous conspiracies and doubts surrounding the flu shot, we’ll take a look at possible side effects, people who shouldn’t get vaccinated, and possible alternatives. 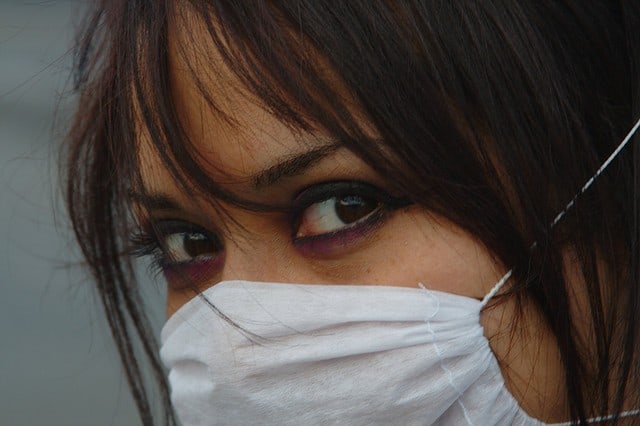 Why The Flu Vaccine May Not Be for You

Critics argue that there’s little evidence pointing to the effectiveness of the flu shot. The efficiency of the flu vaccine varies from season to season; a new vaccine is created each year by a small group of scientists from the World Health Organization (WHO) and the Global Influenza Surveillance and Response System (GISRS) who determine the 3 most likely strains to use for development. For example, in February of this year the WHO recommended that countries in the Northern Hemisphere (like the United States) should have a flu vaccine that is made from the following 3 viruses for the 2012-2013 flu season:

Each year, the viruses used to make the vaccination alter based on flu trends and scientific research. Depending on how well-matched the vaccination is with the seasonal trend and the demographics of those who are vaccinated, the effectiveness of the vaccine usually hovers between 60 and 90 percent for healthy adults, meaning that a possible 40% of people who receive the vaccination aren’t adequately protected. It’s these poor results that cause individuals like Dr. Michael Osterholm, who has studied medical records and flu-related studies dating back to 1936, to express skepticism over the efficacy of the flu vaccine:

“If we don’t change our current vaccines, we will have some protection, but we will in two ways miss two very important goals: one, protecting old people at the highest risk of death and two, when the next pandemic emerges, we will miss the opportunity to protect against pandemic.”

Along with a team of medical professionals, Dr. Osterholm also wrote a report in which the current vaccine production was described as “slow, inexact, and outdated.”

The Ingredients Can Be Dangerous

The flu vaccine contains a preservative called thimerosal, an ingredient partly composed of mercury, a chemical element that can be toxic to humans depending on the source and amount. Thimerosal has been shrouded in controversy ever since it was initially used as a preservative in vaccines. Today, it is no longer used in regular childhood vaccines, the exception being flu vaccines (not including FluMist), after the CDC and the American Academy of Pediatrics forced vaccine manufacturers to discontinue the use of thimerosal due to possible negative health implications. Around the time of thimerosal cessation in 2001, health professionals and parents began conspiring about a correlation between this mercury-heavy preservative and autism. Although numerous studies have been conducted regarding the safety of thimerosal (which have disproven this assumption), many individuals remain leery.

Concerning the link between thimerosal and autism, the CDC website states the following:

Research does not show any link between thimerosal in vaccines and autism, a neurodevelopmental disorder. Although thimerosal was taken out of childhood vaccines in 2001, autism rates have gone up, which is the opposite of what would be expected if thimerosal caused autism.

Besides the unfounded possibility of an autism/thimerosal correlation, the preservative can cause redness and swelling on the injection site and, in very rare cases, an allergic reaction in individuals who have thimerosal allergies.

Many individuals who get the flu shot experience flu-like symptoms, including soreness, fever, or headaches; these symptoms occur because the body is reacting to the dead virus that has been injected into the body. These side effects should go away after a few days. Others may have adverse reactions to the virus including swelling at the injection site and allergic reactions for those with an egg allergy (the virus is manufactured using chicken eggs).

It is a common myth that individuals who have been injected with the flu vaccine can develop the flu. According to experts, this is impossible because the flu vaccine contains a dead virus that can’t infect you; however, the nasal vaccine, FluMist, does contain the live virus, but in this case the virus has been engineered to eliminate the component of the virus that causes sickness. Any sickness that occurs after obtaining the flu vaccination can be attributed to a common cold, the inability of vaccine to protect against influenza, or another illness.

Despite the rarity of an adverse reaction to the flu shot, some medical professionals still dispute its safety. Dr. Tom Jefferson, coordinator of the Vaccines Field for the Cochrane Collaborative, has pointed out that very few studies have been conducted concerning the safety of the vaccine, a somewhat disturbing idea considering the widespread use of the flu vaccine

When the Flu Shot Doesn’t Do Its Job

The following list of reasons is provided by the Center for Disease Control as the 4 main reasons that individuals develop flu-like symptoms after obtaining a flu shot:

1. People may be exposed to an influenza virus shortly before getting vaccinated or during the two-week period that it takes the body to gain protection after getting vaccinated. This exposure may result in a person becoming ill with flu before the vaccine begins to protect them.

2. People may become ill from other (non-flu) viruses that circulate during the flu season, which can also cause flu-like symptoms (such as rhinovirus).

3. A person may be exposed to an influenza virus that is not included in the seasonal flu vaccine. There are many different influenza viruses that circulate every year. The flu shot protects against the 3 viruses that research suggests will be most common.

4. Unfortunately, some people can get infected with an influenza vaccine virus despite getting vaccinated. Protection provided by influenza vaccination can vary widely, based in part on health and age factors of the person getting vaccinated. In general, the flu vaccine works best among young healthy adults and older children. Some older people and people with certain chronic illnesses may develop less immunity after vaccination. However, even among people who tend to respond less well to vaccination, the flu vaccine can still help prevent influenza. Vaccination is particularly important for people at high risk of serious flu-related complications and for close contacts of high-risk people

Who Shouldn’t Get Vaccinated

The CDC recommends individuals with any of the following 5 issues to speak with their doctor before getting s flu shot:

1. People with Egg Allergies. As stated above, the flu vaccine is harvested using chicken eggs, so individuals with an egg allergy cannot be vaccinated unless administered under careful conditions by a qualified physician.

2. Individuals with Previous Negative Reactions. Individuals who have reacted negatively to previous flu vaccinations should proceed with caution and consult their physician to avoid a reoccurrence.

3. People with Guillain-Barré Syndrome (GBS). GBS is a rare-yet-severe disorder where a person’s immune system attacks their nerve cells, causing muscle weakness and possible paralysis. Between 3,000 and 6,000 individuals develop GBS each year in the United States; the disorder usually goes away after a few weeks. In very rare cases, individuals may develop Guillain-Barré Syndrome several days after receiving a flu shot.

4. Anyone with a Fever at the Time of Vaccination. Doctors and nurses have an obligation not to administer flu vaccinations to individuals who are already sick and have a fever.

5. Children 6 Months or Younger. Very young children have especially weak immune defenses, so they are not permitted to obtain a flu shot of any form (nasally or injected).

Alternatives to the Flu Shot

The influenza vaccination has been shrouded in controversy since its introduction in the mid-1900s. With the information we’ve provided, you can make an informed decision and decide for yourself whether you’ll be waiting in the flu shot line this year.

This article was reviewed and approved by Dr. Holly Lucille.

Parental vaccine concerns in Kentucky. The Journal of the Kentucky Medical Association, September 2009.