Top Posts
24 Things That Will Make You Laugh (Even...
How To Deal With Bitter People
Having Family Problems? Here’s How To Fix Them
20 Easy Ways to Protect the Environment and...
5 Surprising Benefits of Training Your Glutes
5 Reasons Warm Weather is Good For Your...
8 Ways To Have A Super Relaxing Weekend
The Importance Of Being Grateful
QUIZ: What Workout Are You?
7 Healing Foods That Boost Metabolism
You are Here: Inspiyr > GET HAPPY > Let It Go…For Your Own Sake: 5 Health Benefits Of Forgiveness

Let It Go…For Your Own Sake: 5 Health Benefits Of Forgiveness

Buddha once said, “Holding on to anger is like grasping a hot coal with the intent of throwing it at someone else; you are the one who gets burned.”

Most of us equate this “burn” to psychological distress; after all, holding a grudge causes you more mental pain than the person who did you wrong.

But did you know that holding a grudge can cause you physical pain as well? You’d be doing your body as well as your mind some good if you took the path of forgiveness instead. There are many health benefits of forgiveness that may make you rethink whether that grudge is really worth it. But first… 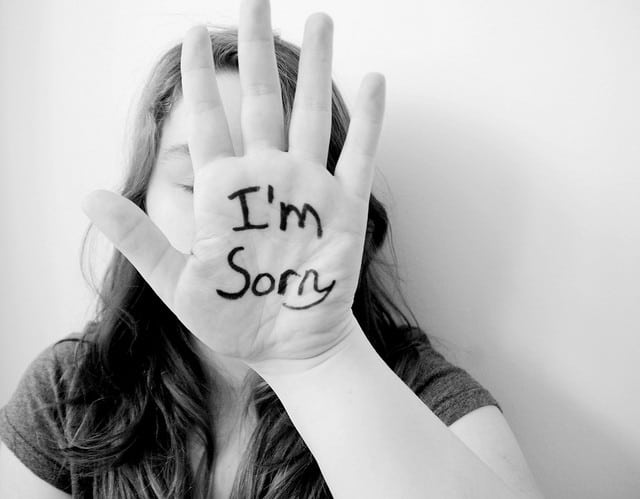 Some confuse forgiving with just verbally accepting an apology, but that’s not true. Although saying “it’s okay” often goes hand in hand with forgiveness, these things are not one and the same.

In order to forgive you must let go of your anger and negative thoughts and forgive the person deep within yourself as well as outwardly. You can even do this without a true apology if the person doesn’t feel they are wrong or has too much pride.

Forgiveness is not just a formality, but a state of mind. And that loving, accepting state of mind can lift you from a lot of burdens—mentally and physically.

According to a study done by Hope College researchers, one of the benefits of forgiveness is lower amounts of cortisol.

Forgiveness is good for the heart—literally. One study suggests that people who hold on to grudges tend to have higher heart rates, while those who are more empathetic and able to forgive tend to have lower heart rates.

Why hold onto anger when it will make your heart do more work than it needs to do?

Having a forgiving heart may lower both emotional and physical pain, according to a study done by Duke University Medical Center researchers. Out of 61 subjects who suffered from chronic back pain, those who were more likely to forgive reported lower levels of pain, leading researchers to believe that “a relationship appears to exist between forgiveness and important aspects of living with persistent pain.”

Your grudges might be shaving years off your life. According to one study, after testing adults ages 66 and older and determining their ability to forgive, those who were more forgiving in nature tended to live longer. Forgive, and you’ll live!

True forgiveness is easier said than done. It can be difficult, especially if someone truly upset you in a way that contradicted your values and morals. However, it’s important to remember that holding that grudge is not going to fix anything. That hot coal you’re holding onto is just burning yourself.

Let go of the coal, and you will feel the lift of mental burdens. However, you may also notice your body thanking you through the health benefits of forgiveness: lower stress levels, a healthier heart, higher pain tolerance, lower blood pressure, and even an extended life. The next time someone upsets you, remember to forgive if you want to live happily as well as healthily.

Be Yourself: The Importance of Authenticity

How Money Can Buy Happiness

Thanks for this inspiring article on forgiveness. But, how to forgive a person whom you have trusted a lot and that person betrays you in a terrible way? I’m not able to come out from that incident. please help..

I understand your struggle – it can be hard. But remember that forgiveness doesn’t mean you have to trust them like you used to; you’re just deciding that the anger your feeling just isn’t worth the stress and pain in your life. You think about the good times you’ve had with that person, and you let go of your anger – but that doesn’t mean things go back to how they once were.

Good luck and have a great day!