Top Posts
24 Things That Will Make You Laugh (Even...
How To Deal With Bitter People
Having Family Problems? Here’s How To Fix Them
20 Easy Ways to Protect the Environment and...
5 Surprising Benefits of Training Your Glutes
5 Reasons Warm Weather is Good For Your...
8 Ways To Have A Super Relaxing Weekend
The Importance Of Being Grateful
QUIZ: What Workout Are You?
7 Healing Foods That Boost Metabolism
You are Here: Inspiyr > GET HAPPY > Be Yourself: The Importance of Authenticity

Be Yourself: The Importance of Authenticity

Pinocchio is one of the few stories I remember my father reading to me; he is also the storybook character with whom I most closely identified. He was full of high spirits and courage and landed up in outrageous predicaments. Along the way, he encountered crooks—the Fox and the Cat, who misled and cheated him.

My father wore a knowing smile as he read about the Fox and the Cat; as a lawyer, he had seen more than his fair share of crooks, and was wise to their ways. 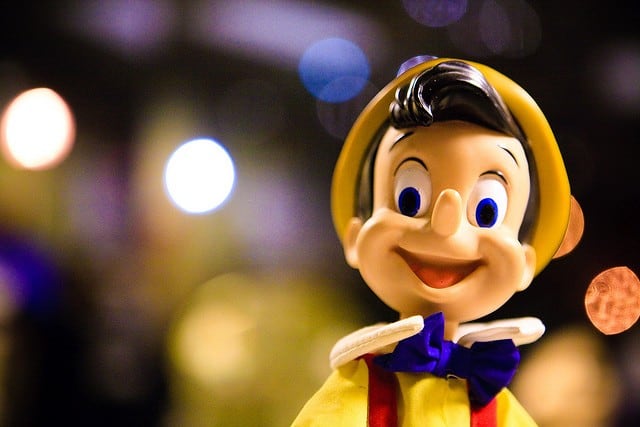 Not so Pinocchio (or me). Pinocchio always wanted to think the best of people, and he paid dearly for his folly. And then, of course, he was a puppet, manipulated by others.

No wonder he lied, I thought. His words were about the only things in his life he could control. Beneath all of Pinocchio’s wild adventures and mishaps lay one core desire—to be a flesh-and-blood person, not a puppet but a real live boy.

Ambition Comes From Within

After my father had finally grasped that I could not be shaped into a reincarnation of his football-hero brother, he found a more promising avenue for his vicarious ambition—my academic achievements. He followed my report card as closely as if it were his own, savoring each A and quizzing me about the Bs (How did I let that happen?). Then he zeroed in on class ranking. What? I had let that girl beat me, again? And so on.

There was no point in trying to explain away a subpar grade; he tolerated no excuses. “Results tell!” he would declare, putting an end to the discussion.

Although I successfully evaded my father’s scrutiny of my day-to-day academic pursuits, I did integrate aspects of his value system that turned out to be useful. Even though I already knew that As are better than Bs, his interrogations added a visceral twist to my desire for excellence.

I stopped making excuses, even to myself, when I fell short of my goals. Although I would never have admitted it to my father, I inwardly acknowledged that results did matter to me and that I did indeed want to do as well as I could.

Two asides: If you are a young person at odds with your family in this way, it may be helpful to find other adults (such as teachers, members of your extended family, and parents of friends) who will support you in your goals.

And if you are a parent in this scenario, it’s worth considering that people seldom succeed at things they are forced to do.

Extreme examples of this include a few people I know who went all the way through medical school, only to decide they didn’t want to be doctors. One of these young people handed his parents his diploma on graduation day and said, “Here. I’ve done what you wanted me to do. Now I’m going to do what I want to do.” And he walked away.

Bottom line: In most cases, it makes sense to let your children choose their own careers.

Why You Should Pursue Your Purpose

Since both my parents had visions as to what I should not become, it was particularly important for me to have a vision of my own. Luckily, I had no doubt that I wanted to become a psychiatrist, and it is one decision I have never regretted. As Confucius said, “Choose a job you love, and you will never have to work a day in your life.”

That’s pretty much how I feel about my own work, at least most days, and for that, I am very grateful.

Related: How to Stop Negative Self-Talk

I am also grateful that once my parents saw that my mind was made up, they supported me in pursuing my goal. Not all families do, and I have seen how destructive that can be.

It’s a great comfort to be yourself, and a goal worth striving for,

even though it may temporarily make life more difficult.

More than half a century has passed since my father read Pinocchio to me at bedtime, and like Pinocchio, I have crossed the sea. I have tangled with the equivalent of the Fox and the Cat. I have had my full share of adventures.

But it has been a long time since I felt like a puppet on a string, forced to live my life so as to fulfill another person’s dream. Sometimes I still think of Pinocchio, waking up in his bed and discovering he is a real live boy at last.

I know how good that feels. 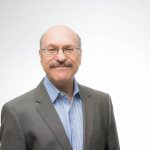 In The Gift of Adversity by Dr. Norman Rosenthal, the noted research psychiatrist explores how life’s disappointments and difficulties provide us with the lessons we need to become better, bigger, and more resilient human beings.

Let It Go…For Your Own Sake: 5 Health Benefits Of Forgiveness