Let’s cut to the chase. Women are awesome! Dating women, spending time with women, being surrounded by women is awesome.

Unless you’re trapped in the “friend zone”…

Then being around women can be torture. You are in a prison and beautiful women are the guards. They are all around you, but you can’t reach through the bars to touch them. 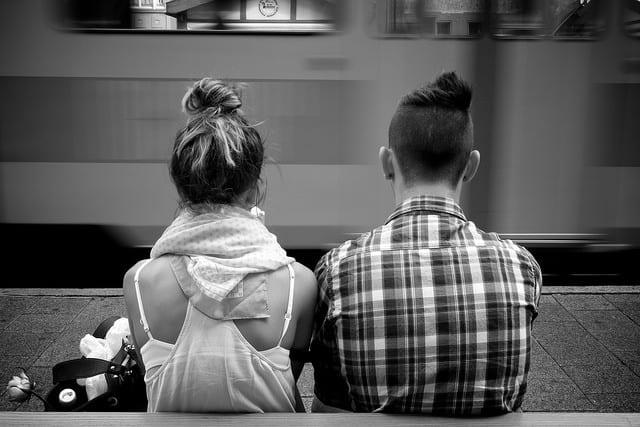 I have been where you are. But I escaped. And now I can help you arrange your own prison break.

The thing about this escape is that it’s not about what you should do; it’s about what you must not do. If you can avoid these seven deadly dating sins, then you can have a life worth living.

You want a girl. You want to date her. But if you get too excited and push too hard you will kill her attraction for you. Wood needs two things to burn, fire and oxygen. If you cover her with your fire, she can’t get any oxygen and will pull back just to be able to breathe.

Give her the space to fall for you. Let her know you are interested but don’t go for the full court press.

As children we hold our mom’s hand and let her lead us everywhere. She tells us what to do and where to go. We are used to letting a woman lead us around.

Do not do this with a woman you’re attracted to. Every time she leads you through a club or picks the restaurant or movie, a little part of her attraction for you dies. She will stop feeling like your girlfriend and start feeling like your mommy.

Women like men of action; decision-makers, trigger-pullers. If you can’t pick a restaurant, how are you going to protect her when there is a noise downstairs in the middle of the night?

You like a girl. You spend months planning out the perfect way to ask her out. But the day before you do, some random dude just walks up and asks her out. Now they’ve been dating for months and are talking about getting married. And you get to cry yourself to sleep at night.

Ninety-percent of dating is actually about taking action.

You wouldn’t believe how often a man sees a woman he likes and does nothing because he is busy thinking of thousands of scenarios. He wants to start with the perfect pickup line to make her fall for him. Or he’s holding his phone trying to craft the perfect text.

Not taking action is a form of action; the wrong form.

4. Letting Fear Hold You Back

Just like over-thinking, fear can freeze you. At every phase of a relationship, fear can murder you. What if you walk up to a woman in a bar and say hello and then she stabs you? I’ve imagined that. You’re talking to her and want to hold her hand but then she might freak out and run screaming into the dark of night.

You are afraid to tell her you like her. You chicken out on asking her to prom.

There is nothing more unattractive than a man who is afraid.

If you just start taking action, if you put fear in your pocket and ignore it, your life will change dramatically.

5. Putting Her On a Pedestal

Nobody wants to be worshipped. I once had a friend who said a girl could never be too needy. So I set him up with the neediest girl I knew. He loved it for a few weeks but then he dumped her because she kept saying how she didn’t deserve him.

Women don’t want a groveler. They want a partner and a leader.

If you keep telling her she’s out of your league, eventually she will start to believe you!

And then she will dump you.

6. Having a Gross Apartment

I shouldn’t have to say this but your bathroom is probably disgusting. Almost every time a girl comes over, she will ask to use the bathroom before she gets kinky. And when she sees a black ring in that toilet, she is going to head for the hills.

Girls are more aware of cleanliness than men and a dirty apartment can freak them out. I know guys who won’t take a girl home when they realize their apartment isn’t clean. Don’t shoot yourself in the foot. Clean your place. It’s the easiest thing in the world. Turn your home base into your ally.

7. Making Your Life Revolve Around Women

What do you think happens when you go out hunting for women seven nights a week and you finally get a girlfriend? Suddenly, all your plans are cancelled. Your life becomes empty. Now all your plans revolve around hanging out with her.

Think of a new hobby. Fast!

Girls want to be with a man who has an amazing life. You need to start building that now. If you don’t have other things in your life besides your charm, all your relationships will die after a few weeks.

You know who you are and you know what you want. And now you know what mistakes to avoid on the path to your destination. If you stay the course you can have long and amazing relationships.

Avoid these deadly pitfalls and you can have the girlfriend of your dreams.

Get-A-Girlfriend expert Jonathan Green holds a master’s degree in applied linguistics. A member of Mensa, he has taught at Vanderbilt University and overseas. He worked a decade as a DJ in clubs in the United States, Japan and UK. He has three sisters and loves to paint, draw with pastels and play the guitar. Jonathan qualified twice in the Junior Olympics in Taekwondo and once saved a girl from drowning.