Top Posts
24 Things That Will Make You Laugh (Even...
How To Deal With Bitter People
Having Family Problems? Here’s How To Fix Them
20 Easy Ways to Protect the Environment and...
5 Surprising Benefits of Training Your Glutes
5 Reasons Warm Weather is Good For Your...
8 Ways To Have A Super Relaxing Weekend
The Importance Of Being Grateful
QUIZ: What Workout Are You?
7 Healing Foods That Boost Metabolism
You are Here: Inspiyr > GET HEALTHY > The Worst Fast Food Concoctions of 2012

The Worst Fast Food Concoctions of 2012

Do you remember a few years back, when most people cared at least a little about their health? Fast food chains tried to keep up, adding healthier menu items and substituting fries with salads and apple slices. The gimmick worked – for a while. But with the recent public paranoia over both the nutritional content and the ingredients of popular fast foods, franchises seem to have given up all hope of appeasing the health-conscious customer.

Several of the world’s most profitable chains have recently unveiled some of the saltiest, fattiest, greasiest, and grossest items in fast-food history. Accompanied by over-the-top marketing campaigns which practically dare customers to eat them, these freaky foods have also been hot sellers, providing much-needed buzz and sales boosts to struggling companies. They’re creepy, slimy, and cooked with hydrogenated oils… and they’re coming to a restaurant near you. 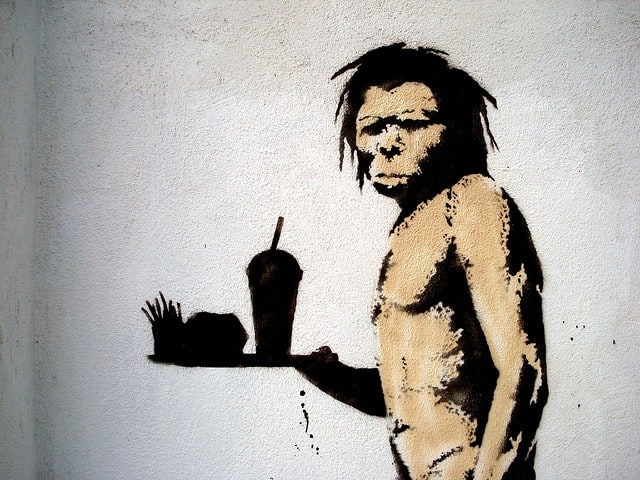 The Worst Fast Food Items You Could Eat

Easily one of the most deceptive fast food items you’ll encounter, the Quizno’s tuna melt sounds innocent enough: tuna is usually low in fat and high and protein, plus the sandwich contains a fair helping of lettuce and tomato. But thanks to its colossal size and a blob of mayonnaise, this healthy favorite has turned into a dietary nightmare – in fact, it’s the fattiest item on the entire Quizno’s menu! Depending on which size you order, the sandwich can have up to 2000 calories – and 71% of them come from fat.

Unfortunately for the burger lovers of the world (or fortunately, depending on your point of view), this beast is only available in Japan – a country that, incidentally, has one of the world’s highest stomach cancer rates. The sandwich, which contains two beef patties, bacon, cheese, and chicken, certainly looks too large to fit into a human mouth. A daring customer could assemble their own “Meat Monster” from different items off of the Burger King menu, but at 24g of saturated fat, 240mg of cholesterol, and over 1,000 calories, it’s probably not a good idea.

The Denny’s menu has recently seen a number of surreal food combos, including the Maple Bacon Sundae and the Mac ‘N’ Cheese Big Daddy Patty. But by combining “fried” with “cheese,” Denny’s may have created the ultimate junk food. Like a fried Frankenstein’s monster, the item consists of a grilled cheese sandwich stuffed with mozzarella sticks, served, of course, with French fries. At 1,600+ calories, it’s sure to push your daily allotment – plus it’s swimming in saturated fat.

A misguided attempt to bank off the Subway fad, at least the foot-long cheeseburger doesn’t pretend to be healthy. Three beef patties, cheese, and fixings served on a bread loaf, the sandwich was consumer-tested at locations in California and Indiana, but has yet to become a regular menu item. While nutritionists can breathe a sigh of relief, the struggling chain could use the extra attention – consider the success KFC had with the infamous “Double Down.” Speaking of which…

More urban legend than food, the KFC Double Down arguably kick-started the freaky food challenges which have popped up in fast chains across the land – an arena in which 1000+ calorie counts are almost a badge of honor. The “sandwich” is actually held together by 2 fried chicken breasts, filled with an oozing mixture of cheese and mayonnaise. Some have argued that, at 540 calories, the Double Down is actually slightly healthier than conventional chicken sandwiches from McDonald’s and Burger King. This depends on whose facts you believe, but it’s worth noting that the Double Down has 32 grams of fat while the McChicken has 28. Either way, it’s probably best to not get your cholesterol levels checked within 6 weeks of eating this heart-blocking beast.

Since their introduction, the “Doritos Locos” tacos have pushed over 100 million units, making them the most popular product in company history. The concept is simple enough: a hard-shelled taco covered in cheese-flavored Dorito dust. Oddly enough, this nacho hybrid contains less salt than most of Taco Bell’s other items, making it a suitable upgrade for sodium-watchers. The surprise hit couldn’t have come at a better time; just last year, the restaurant chain faced a lawsuit alleging that their beef didn’t contain enough of the meat to be marketed as such, seriously hurting sales.

This story was reviewed and approved by Ashley Koff, RD, and Jackie Keller.

Is It Crowded in Here? How Over-Population Effects the Environment