Top Posts
24 Things That Will Make You Laugh (Even...
How To Deal With Bitter People
Having Family Problems? Here’s How To Fix Them
20 Easy Ways to Protect the Environment and...
5 Surprising Benefits of Training Your Glutes
5 Reasons Warm Weather is Good For Your...
8 Ways To Have A Super Relaxing Weekend
The Importance Of Being Grateful
QUIZ: What Workout Are You?
7 Healing Foods That Boost Metabolism
You are Here: Inspiyr > LIVE BETTER > Is It Crowded in Here? How Over-Population Effects the Environment

Is It Crowded in Here? How Over-Population Effects the Environment

In July of 2012, a long-time climate change skeptic named Richard Muller wrote an article for the New York Times stating that he had been converted, and his change of heart had come about in the most scientific way possible. In the late 2000’s, after years of doubting the research of climate experts, Dr. Muller decided to take initiative. He created the Berkeley Earth Surface Temperature (BEST) project along with a team of scientists. The project had the following objective:

“We are bringing the spirit of science back to a subject that has become too argumentative and too contentious…we are an independent, non-political, non-partisan group. We will gather the data, do the analysis, present the results and make all of it available. There will be no spin, whatever we find. We are doing this because it is the most important project in the world today. Nothing else comes close.”

The project was heavily funded, with notable financial contributors including the billionaire-conservative Koch brothers and individuals and organizations representing both sides of the spectrum (skeptics and believers), all of whom were betting on these fair and balanced results. Ultimately, the BEST project concluded that global warming is a real issue, with Dr. Muller stating, “Humans are almost entirely the cause.” 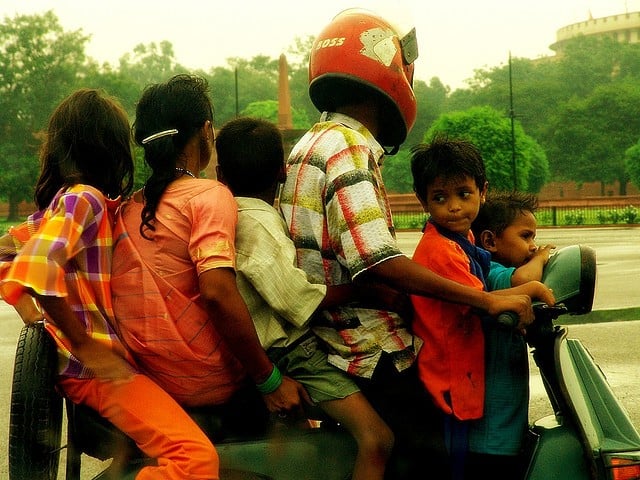 Richard Muller himself was surprised by the results, as were the countless skeptics who believed that the project would finally provide them with ammunition to fire back against radical environmentalists. Unfortunately for them, the BEST project lived up to its word and presented the public with a fair assessment of the world’s climate status.

Why You Don’t Believe It

Despite this riveting report and the massive amount of data that supports these findings, individuals continue to doubt the existence of global warming. Recently, a radio podcast delved into this issue by interviewing scientists, professors, and psychologists about this very question: why do so many individuals refuse to believe that global warming is true and factual despite the multitude of researchers and scientists who are telling them that it’s real?

In the end, the researchers concluded that people will believe what they want to believe regardless of how many times they’ve been proven wrong. Predisposed bias perseveres regardless of education or knowledge; individuals seek out information that backs up their beliefs, hardening their erroneous ideas.

So, if you were told that children are killing the planet (via over-population and subsequent environmental destruction), and if this statement were backed up with research from credible sources, would you believe it?

The Role of Children

More than 7 billion people inhabit the Earth. Why so many? Well, it largely corresponds with the economic cycle; birth rates soar when a country is experiencing agricultural and industrial advancement and subsequently decline or stabilize at post-industrialization. Agricultural expansion necessitates large families, and industrial advancement increases prosperity and gives individuals the opportunity to support a large household; both require large families on the basis of livelihood. In addition, religious and cultural influences contribute to population growth in the sense that they promulgate the idea that childbirth is the desire of a higher authority or that a large family is simply expected from a culture. The bottom line is this: as long as individuals continue to practice irresponsible reproduction, over-population cannot be mitigated.

The Environmental Impact of Over-Population

In the late 1900s, a scientist named Paul Ehrlich developed a formula that measures environmental impacts based on population, per capita resource consumption and the environmental impression of each resource that is consumed. Since then, scientists have used this formula to determine the footprint per individual, with one report having the following results:

Children can provide value and happiness to families, but it’s necessary to push aside the naïve belief that reproduction is purely a benefit; as shown, each of our actions has a consequence, either small or large, and the simple act of bearing a child has numerous ramifications on the environment. Here’s a list of ways that over-population harms Earth:

It’s pretty self-explanatory. As the global population continues to expand, there will be an increased demand for food, water, land, and “stuff” – each of these things requires energy (fossil fuel consumption, pollution, and GHG emissions), water (strains the already limited supply of freshwater), land (destruction of animal habitats and deforestation), and people (increase in waste, the spread of disease, food shortages, etc.). Almost all environmental problems have an underlying source: over-population. So how should we go about limiting population growth?

How to Limit Population Growth

To lessen the lifespan of over-population, here are a few options:

One way to limit or decrease population growth is by increasing sex education in schools around the globe. So far, sex education programs have been a success, at least according to the results of a recent study by Trisha Mueller, MPH, an epidemiologist at the CDC, and her colleagues; they conducted a survey of more than 2,000 teens between the ages of 15 and 19. The findings were released in the Journal of Adolescent Health – these were some of their major results:

Today, hesitancy surrounding the adaptation of sex education in the United States is grounded on religious and/or politically infused rhetoric. While the U.S. struggles to adopt significant and successful sex education policies that don’t just involve an abstinence-only approach, much of Europe is reaping the benefits of progressive policies; European countries have some of the lowest population growth rates in the world.

Some may consider sterilization an extreme method of reducing population, but it’s a possibility. In China, for instance, vasectomy has been one of the most popular methods of sterilization since the 1960s, with more than 30 million men have undergone voluntary sterilization; furthermore, more than half of all women in China report that either they or their husbands have been sterilized.

Contraception has many forms: male and female condoms, Nexplanon or Implanon (contraceptive implants), diaphragms, “the Pill”, contraceptive patches, and intrauterine devices, among others. If used correctly, these contraceptive measures can be very effective – some options can have up to a 99% success rate – in reducing the chances of pregnancy, and some may even reduce the likelihood of contracting sexually transmitted diseases/infections. Emergency contraception, like the Plan B or Morning After pills, is also widely available.

Much like the use of contraception, family planning allows a couple to take into account the financial, social, environmental, and time considerations of childbirth. The decision not to have children until certain goals have been met is a conscious choice that can limit the number of children had by a family. Often, family planning involves the use of contraceptives and the monitoring of ovulation cycles.

Although it has been a hot-button issue for decades, abortion is a viable alternative to be considered as a last resort. Political and religious differences aside, abortion can be an effective way for women and families to avoid situations in which they aren’t adequately and properly prepared. On the other hand, abortion can be quite dangerous; more than 70,000 women worldwide die from abortions each year, usually due to unsanitary or improper medical conditions.

Although sex education can be very successful in minimizing unwanted pregnancies, lack of general education can contribute to over-population. In countries where education isn’t widely available, there are extremely high birth rates. Furthermore, individuals with more education are less likely to experience unexpected pregnancies, engage in sexual intercourse at a young age, and they also have fewer children.

China’s “One Child” policy is a prime example of the utilization of public policy in an effort to decrease population growth. The program has been successful depending on how success is measured; the policy mostly affects individuals living in urban communities (less than half of China’s population), and it has dramatically reduced China’s prospected population. Social ramifications, like increases in abortions or child abandonment, have been reported but not validated by China’s government. These repercussions should be considered if other countries seek to adopt a similar policy.

Population growth is catapulted by agricultural and industrial advancement. Post-industrial, wealthy countries like the U.S have lower rates of population growth than countries that are still experiencing industrialization. Continued economic development will result in a decrease in population growth, but it may result in an increased reliance and consumption of services that harm the environment. Here’s where sustainable development comes into play: once economic prosperity is reached, social and environmental policies, agendas, or programs should be enacted in order to decrease the per capita carbon footprint and increase sustainability. This should be the focus of the citizens of post-industrial nations.

Is There a Limit to Population Growth?

Over the past century, the global population has increased precipitously. In 1800, the world population hit one billion. By the 1920’s it was two billion, and then three billion in1960. Fast forward to today, and the population has more than doubled to over 7 billion. In another 12 years, the global population will increase by a billion. Before long, India will overtake China as the most populous country, and Europe’s population will decline as Africa’s escalates dramatically. By 2100 (or earlier), there will be more than 10 billion people on Earth. All this growth brings a question to light: is there a limit to how many people the Earth can support?

Most scientists agree that Earth has a carrying capacity. Exactly what that carrying capacity is – that’s where there are conflicting opinions. A 17th century Dutch scientist estimated that Earth could hold a maximum of 13.4 billion people; other scientists have estimated between 6 and 12 billion. Regardless of the exact number, as the global human population continues to grow, we will all have to make sacrifices. There will be less food, land, water, and fewer resources available for the rest of us; our standard of living will be diminished if Earth’s population continues to grow. Already, scientists have estimated we’ll need 2 Earths to support our resource consumption and growth by the year 2030.

Over-population isn’t just an environmental issue; it concerns our way of life and the wellbeing of future generations. Will you take action? Or will you, like millions of others, doubt the inconvenient truth that you face?

For more information on the state of the environment and steps on how you can help the Earth, click here.

This story was reviewed and approved by Richard Smardon, PhD.

Watch Out for These Office Health Hazards

The Worst Fast Food Concoctions of 2012