Top Posts
24 Things That Will Make You Laugh (Even...
How To Deal With Bitter People
Having Family Problems? Here’s How To Fix Them
20 Easy Ways to Protect the Environment and...
5 Surprising Benefits of Training Your Glutes
5 Reasons Warm Weather is Good For Your...
8 Ways To Have A Super Relaxing Weekend
The Importance Of Being Grateful
QUIZ: What Workout Are You?
7 Healing Foods That Boost Metabolism
You are Here: Inspiyr > GET SUCCESS > 4 Habits for Mental Toughness

In every sport, we see them. They’re present in business, too.

In fact, you can find them in just about any profession.

They are the great ones, and they have a reputation for being the best, for doing the impossible, for bouncing back against unforeseeable odds. They are the dominating force that all others aspire to be.

What makes successful people different from everyone else? 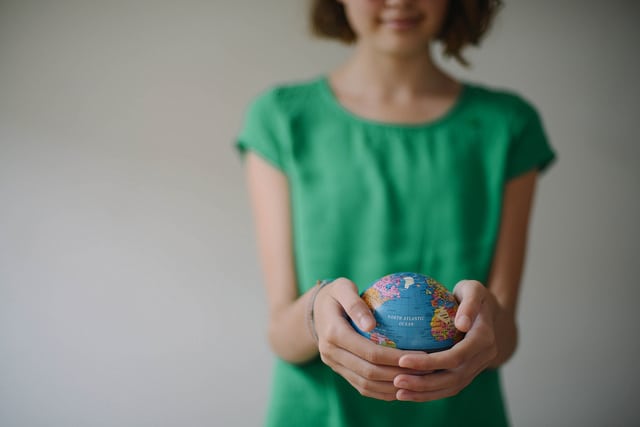 It was 1984, and I hung up my racquet for the last time as a professional tennis player. I hovered around the top 500 in the world, even though deep down I knew I had the talent to be one of the best in the game.

I knew I was lacking the mental toughness that those who dominated the sport had. I became obsessed and started spending every free moment conducting interviews with champions, reading their books and studying everything I could get my hands on about the psychology of peak performance.

My life changed as a result of what I learned, and I believe anyone can change their life for the better if they implement the thoughts, beliefs, philosophies and actions of world class champions.

The Things That The Great Ones Always Do

When it comes to thoughts, feelings and attitudes, the masses are heavily influenced by external forces, like a pinball being bounced around from bumper to bumper. Their outer world determines their inner world.

World-class thinkers are just the opposite. Knowing their thoughts control their feelings, the great ones have adopted the habit of thinking about…well, what they think about. Psychologists refer to this as metacognition.

Related: 5 Ways To Use Color Psychology To Improve Your Life

This championship habit enables the performer to get to the root of the thoughts that bring about both positive and negative feelings.

Once the performer is aware of the thoughts that are ultimately creating his results, he has the power to change any thoughts he chooses.

In essence, metacognition enables the performer to take control of his thought process. Therefore, for the great ones, their inner world determines their outer world.

Start paying attention to what you allow to enter your mind. Upgrading your thoughts will manifest tremendous results.

2. They never give up

When Tiger Woods lost his number one world ranking in professional golf after his personal life leaked to the world several years ago, it was laughable how so many golf fans, the media and others said he was done.

There’s an old saying among the world class: “A bet against a champion is a bad bet.”

Amateurs quickly become demoralized by setbacks and defeat. Professional performers know that large scale success is based on a series of comebacks. They believe that setbacks are set-ups for comebacks.

The average person grossly underestimates the amount of mental toughness that champions possess. The great ones will come back out of nowhere just when everyone has counted them out. Emotionally speaking, they don’t understand the concept of giving up.

Identify a goal or dream in your life that you have given up on, and ask yourself if it is possible to make a comeback in this area, and breathe new life into this old dream. You’re a tougher, more competent performer than you were when you abandoned this dream.

3. They use fear to their advantage

The relationship performers have with fear is a significant distinction between amateurs and professionals.

Amateurs are controlled by their fears, while professionals learn to embrace fear, like a snake handler holding a venomous king cobra by the neck. Champions know if they get sloppy, the cobra will take their life.

The great ones use the energy and intensity of fear to drive them to greater heights. They learn how to become comfortable while performing in an uncomfortable state of mind. Repeated exposure to their fears systematically desensitizes them, eventually depleting the fear.

Related: How To Have Courage (Even When You’re Afraid)

Take inventory of your fears, and imagine what the results would be if you overcame that fear. Start overcoming the fear through small baby steps, slowly exposing yourself to more.

4. They don’t live in the past

Champions believe the only thing relevant about their past is how it affects their present and future. While most people base many beliefs on the events of the past, the world class knows the past does not equal the future.

Champions are masters at placing new, empowering meanings on the struggles of the past. Average people invest a lot of time living in the past and wishing things were different.

The great ones know that, without the trouble and turbulence they experienced in the past, they would not be where they are today. This attitude creates mental harmony and fosters good feelings about an otherwise troublesome set of memories.

The great ones share the philosophy that everything happens for a reason. This allows them to reframe events they originally perceived as negative.

Review the three most difficult adversities you have ever faced, and ask yourself how these events contributed to your future success or fulfillment. Reframe each event into a memory with the potential to serve you in the future.

Steve Siebold is author of the international bestselling book 177 Mental Toughness Secrets of The World Class. He is a mental toughness consultant to Fortune 500 Corporations such as Johnson & Johnson, GlaxoSmithKline and Toyota.