Top Posts
24 Things That Will Make You Laugh (Even...
How To Deal With Bitter People
Having Family Problems? Here’s How To Fix Them
20 Easy Ways to Protect the Environment and...
5 Surprising Benefits of Training Your Glutes
5 Reasons Warm Weather is Good For Your...
8 Ways To Have A Super Relaxing Weekend
The Importance Of Being Grateful
QUIZ: What Workout Are You?
7 Healing Foods That Boost Metabolism
You are Here: Inspiyr > GET SUCCESS > Five Lessons to Learn from Olympic Athletes

The world’s eyes are on Sochi as the greatest athletes compete for the gold medal in the 2014 Winter Olympics. Perhaps it’s the thrill of competition, watching an athlete put on a graceful performance or maybe it’s simply feeling patriotic and cheering on America’s athletes.

There is also another very important, yet often overlooked reason to watch: everyone can learn some valuable lessons about winning, success, and what it means to be a champion.

While Olympic athletes have their differences in what makes them great, there are many similar characteristics they share – and it’s these characteristics that anyone can implement in their own lives to get to where they want to be. 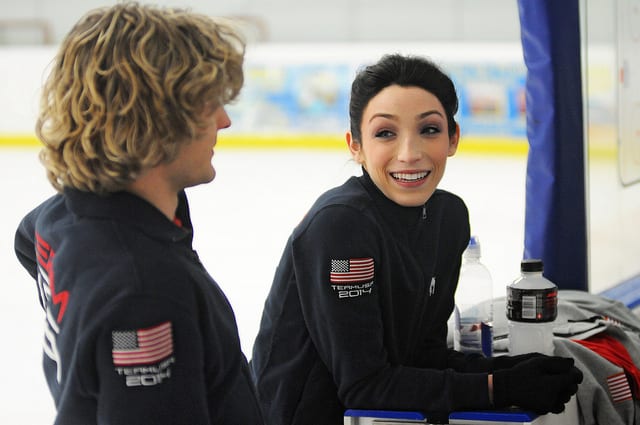 1. Olympians are Obsessed with Their Goals

We’ve all heard the stories of how Olympic athletes literally eat, breathe and sleep their sport. But most people don’t realize just how far this goes. The training begins early on in childhood, and in the teenage years, it’s not uncommon for athletes to live with their fellow teammates and coaches far from home, and not attend traditional schooling.

Life is focused on one thing: becoming the world’s best at that sport.

There’s no reason most of us need to take on this level of obsession, but obsession is part of achieving goals.  As average performers begin to forget what their goals are because of a lack of exposure to them, the pros are embedding their goals deep into their subconscious minds daily. Their minds are like guided missiles, always adjusting and correcting to maintain accuracy toward the target.

Champions have a singleness of purpose most people will never take the time to discover, and this thought process allows them to climb higher every day.

List your ten major goals every morning when you wake up. This habit will ingrain your major goals into your psyche. This is one of the most important habits you can develop en route to a world-class mindset and more success.

2. Olympians Have A Sense of Urgency

Most people operate like there is an endless amount of time in a day, week, month, year, and life. Olympic athletes are extremely sensitive to time. They have a sense of urgency because they are operating at a level of awareness that constantly reminds them the present moment is all they really have. They’re on a mission to fulfill the dream of winning the medal, and they know the clock is ticking.

Most people develop a sense of urgency toward the end of the day, week, or before they go on vacation. Imagine if they channeled that same energy, enthusiasm, and focus into their everyday performance. Worldwide productivity would probably triple in one day.

An Olympian gets one shot every four years, and can realistically compete for two or three Winter Games. Life is short, and if you’re going to make something happen, now is the time.

Related: 11 Ways to be Mentally Tough

Ask any Olympic athlete from any country competing in the games in Sochi how they expect to place in their competition, and every one of them will tell you they expect to win the gold. That’s because faith has always been a hallmark of world-class performers – most notably the faith performers have in themselves.

Olympians have an extremely high level of trust even when they are failing or going through a slump. This faith in self may stem from being raised in a positive environment, or from performers talking themselves into it. Muhammad Ali admits he told the world he was the greatest before he truly was as a way to bolster his faith in his own skills.

The difference is champions like Olympic athletes have faith in their goals and dreams while most people are often deathly afraid of believing in something that may or may not happen.

Corporate America, entrepreneurs, and other super-achievers have finally started catching on to something Olympic athletes have known for years: if you want to maximize your potential at anything, hire a coach.

Human beings are primarily emotional creatures, and competent coaches are experts at stoking the fires that burn within. Coaches can’t create a flame, but the good one can turn a small flame into a blow torch.

The logic behind coaching is simple: when two champions go head-to-head, many times the only thing that favors the winner is a slight edge in thinking, strategy, and technique. Coaching can provide this advantage that all champions look for.

Related: 10 Winning Beliefs that can Change Your Life

5. Olympians are Masters of Their Work/Rest Cycles

To be an Olympic athlete means having to exert maximum effort. Olympians also know the enemy of all champions is physical and emotional burnout. That’s why they go to great lengths in the performance planning process to ensure burnout never occurs more than once. Every athlete competing at Sochi has a different breaking point and tolerance for pain. Once this point is established, a cycle of stress and recovery is implemented.

In our daily lives, we’re consumed with both personal and professional stressors. Time off and life balance are key factors in performance cycles, as are massive influxes of effort.  The magic is in the mix.  Olympians are pushed to the max physically, emotionally, and mentally, and it’s why their training regimen is filled with plenty of time to rest, refresh and rejuvenate. 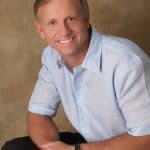 Steve Siebold is the author of the book Die Fat or Get Tough: 101 Differences in Thinking Between Fat People and Fit People, and a mental toughness coach who has helped thousands of people lose weight.

Four of the World’s Healthiest Foods