Top Posts
24 Things That Will Make You Laugh (Even...
How To Deal With Bitter People
Having Family Problems? Here’s How To Fix Them
20 Easy Ways to Protect the Environment and...
5 Surprising Benefits of Training Your Glutes
5 Reasons Warm Weather is Good For Your...
8 Ways To Have A Super Relaxing Weekend
The Importance Of Being Grateful
QUIZ: What Workout Are You?
7 Healing Foods That Boost Metabolism
You are Here: Inspiyr > GET MOTIVATED > How To Have Courage (Even When You’re Afraid)

How To Have Courage (Even When You’re Afraid)

What is courage, exactly?

Well, according to the dictionary, it’s “the mental or moral strength to venture, persevere, and withstand danger, fear or difficulty.”

In other words, you have to have it if you want to do something special in your life. It’s a common thread among all the greats. 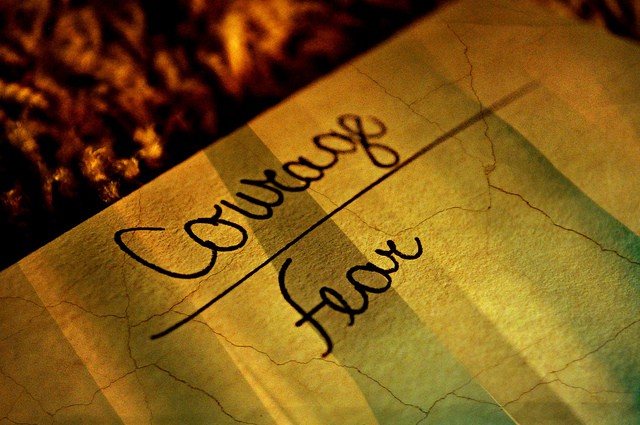 Throughout history, everyone who achieved the impossible has been courageous. Martin Luther King had it to stand up for equal rights in the 1960s. Billy Graham had it to take God’s message into totalitarian dictatorships like Communist Russia, Eastern Europe and North Korea. Ronald Reagan needed it to call the Soviet Union an “Evil Empire” and demand that Gorbachev “tear down this wall.” Alexander the Great could not have conquered two million square miles of the planet without it.

And let’s face it: we look up to those people who have the guts to venture into the unknown and persevere. We admire leaders and visionaries — people who have the audacity to do what most people don’t even think is possible. It’s the feeling that we have when we watch movies like Braveheart, Lean on Me, 300, Men of Honor and Rocky. Human beings admire those who are brave.

But How Do I Get It?

Do some people have more courage than others? The answer is yes. But they aren’t just born with it. They develop it.

Just like we strengthen the muscles in our body by putting them to use, you can strengthen your “courage muscle” by putting yourself into situations that require endurance. The more you use those guts you are born with, the more you develop your “muscle.”

Related: 5 Ways To Play To Your Strengths

And you’re probably using your muscle more than you think. Here are some things that take guts in everyday life:

The enemy of bravery is fear, and despite what you may believe, everyone feels fear sometimes. The days when you question your capacity to finish what you started, and the days when you don’t know what to do next, that’s fear talking.

The secret to being more courageous than fearful is to anticipate the fear. Know that fear will show its ugly head and consume you with doubt, worry, and negative thoughts.

However, remember that most fear is irrational, and if you stare down the fear right in the face, you will always persevere.

Related: The Truth About Your Fear

If you’re always putting things off and making excuses, you’re always going to be consumed by fear.  If you’re out there taking chances and putting it on the line despite what others think, you’ll always make it.

People have come up to me and said, “But Patrick, I don’t have courage like you do.” That’s where they’re wrong. The list above should show you that you have more than you think. In order for you to take it to the next level, you need to put yourself in situations that take you out of your comfort zone.

We are all born with it.  It is there inside for us to access, but we have to actively reach for it. It is simply is a must for those who want to do the impossible. 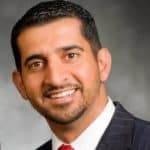 Patrick Bet-David is an entrepreneur, author and self-made success who emigrated from war-torn Iran to the U.S. and has made financial literacy his personal crusade.  He is the founder and CEO of People Helping People (PHP), as well as author of Doing The Impossible: The 25 Laws for Doing The Impossible.

Why Exercise Is The Best Medicine

10 Tips to Get More Stuff Done (With Less Stress!)