Top Posts
24 Things That Will Make You Laugh (Even...
How To Deal With Bitter People
Having Family Problems? Here’s How To Fix Them
20 Easy Ways to Protect the Environment and...
5 Surprising Benefits of Training Your Glutes
5 Reasons Warm Weather is Good For Your...
8 Ways To Have A Super Relaxing Weekend
The Importance Of Being Grateful
QUIZ: What Workout Are You?
7 Healing Foods That Boost Metabolism
You are Here: Inspiyr > INSPIYR'D > Why I’m Happy I Broke My Neck

Why I’m Happy I Broke My Neck

It began out as a perfect summer day. The weather was ideal: warm and balmy. A legitimate 82 at Black Gold (course in southern California) was a good day of golf for me. Driving home with the moon roof open and Van Morison blaring, a nice long nap was all I needed to round out the “perfect” day.

Upon returning home, my mindset had changed considerably. The rhythms and energy of our neighborhood were running particularly high on this Saturday in July.

My sons, their cousins, and the neighborhood denizens were all wreaking havoc in our backyard. Outside of the pool, kids were playing Frisbee, basketball, and catch with baseballs; inside the pool, diving contests, pool-basketball (coined PBA by my kids), raft races, and volleyball. The adults, off to the side, enjoyed the loud music and liberal flowing beer and wine. My nap was now an obstacle to the perfect day; I joined the action. 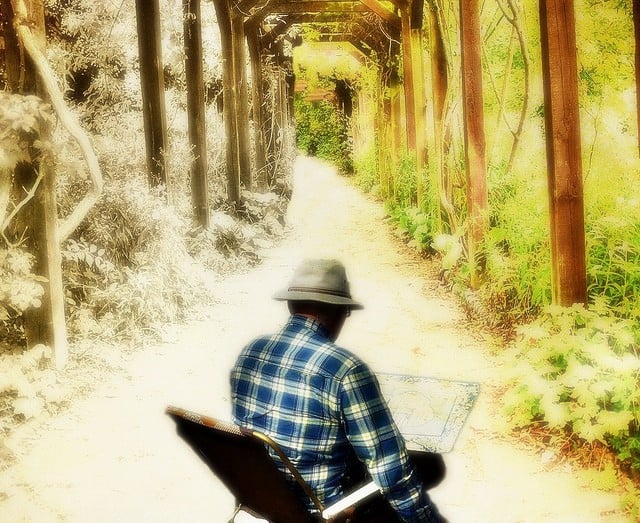 The day my life changed

Since my kids were very young, they would often challenge me to various feats from the diving board. Watching me soar over them and their friends were the stunt most requested. They issued the challenge and set the stage. Five kids, lying on rafts separated by an arm’s length, with the first raft placed about two feet from the end of the diving board.  With my confidence running high from 82, I accepted the challenge.

Beginning the dive, I executed what I thought was an auspicious spring from the board, clearing the field should be no problem. I did in fact clear them easily, but the dive necessitated a steep entry into the water. The result: I hit my head at the pool’s bottom at an angle approaching 90 degrees.

I didn’t have the words then, nor do I have them today, to adequately describe the excruciating pain I felt as my head slammed into the bottom of the pool. I emerged from the water bloody and dazed, still walking on my own, but with a neck aching so bad I held it up by keeping a hand under my chin. Being a stubborn fool of epic proportion, I initially refused to go to the hospital. By the following Monday morning (36 hours after the accident) the pain had become so unbearable I finally relented and went to the local emergency room.

Every adversity carries with it the seed of a greater benefit

I thought I’d get a neck brace, some painkillers and be on my way. I was so optimistic I wore my work clothes to the emergency room, believing I would still attend my 9:00 am meeting. After undergoing some routine x-rays, I couldn’t have been more wrong. A long, Dark Night of the Soul had begun.

Up until this point, when faced with one of life’s inevitable setbacks, I could usually find inspiration in Napoleon Hill’s self-help classic, Think and Grow Rich, in which he wrote, “with every adversity, every failure, every heartache carries with it the seed of an equal or greater benefit.” As I heard the doctor scream, “stabilize him stat,” Hill’s axiom became an absurd platitude. What had been a relatively tranquil emergency room turned into a frenzied trauma scene akin to something one sees at the movies.

Six or so medical professionals swarmed me. A board was slipped underneath my body. My head duck taped to the board. After ordering a nurse to find the nearest neurosurgeon, the doctor approached me. He explained that I had broken my neck, and immediately began asking me to move certain parts of my body while requiring an assistant to record the findings. I impolitely reminded him that I walked in there, and I damn well better walk out!

An ambulance transported me to the nearest trauma center where I remained for the next three days. I had fractured two vertebrae, C-1 and C-4, but suffered no spinal cord injury. Surgery was ruled out, but I was required to wear a halo vest for about five months, the time it takes for the fractures to heal. I was sent home for the longest five months of my life.

The physical pain wasn’t the worst

At the time I was in my early forties, an ambitious career climber, working as a district manager for a major food retailer. Since I was 15 years of age this would be my longest period away from work. Unable to drive, I was dependent on others for things as simple as getting a haircut. Being claustrophobic, the mental cage on my head kept me in terror 24/7. My self-pity was off the charts.

At the onset of my recovery, I lost 30 pounds and was consumed with anger and fear. The anger was of the predictable “why me” variety (at this point gratitude had not occurred to me). The fear was more complicated.

Before leaving the hospital my neurosurgeon informed me that in his 25 years of practice he had many patients with a fractured vertebra and no spinal cord injury, but I was the only one who fractured two vertebrae and suffered no spinal cord injury. This message of a miracle (the doctor’s word) profoundly haunted me for the duration of my recovery. I had this irrational fear that some external event (falling, car accident, and earthquake) would exacerbate my injury.

Effectively, doing what the diving accident failed to do, placing me squarely within the statistical range of my doctor’s experience.

The nightmares of paralysis and visions of wheelchairs lasted for months. To avoid them, I spent many sleepless nights in the backyard enduring panic attacks. It felt as though these nights would never end.

But they finally did.

The worst day of my life became one of my best

With the grace of Father Time, my fear and anger gave way to gratitude and introspection. I began to look at my life and work in profoundly different ways. I witnessed Napoleon Hill’s proverbial seed transform into the “greater benefits” promised.

Prior to my accident, I was a hard-charging, type-A leader. I believed most sick leaves were bogus. I could not understand why a single mother would have to miss work because their young child had an ear infection; what are relatives or neighbors for? Who needs three days off for a grandparent’s death; a funeral only takes an hour? When I heard someone had a panic attack, I would roll my eyes, never believing such a thing existed. When subordinates accompanied their children for wisdom teeth extractions—I thought, what are these guy’s dentists now?

I returned to work as a profoundly different type of leader. Prior to my accident, I had mastered strategic thinking, competitive analysis, Parkinson’s Law, price elasticity, and situational leadership. Upon returning, the leadership attributes of compassion, priorities, inspiration, gratitude, and perspective reigned supreme. I had a wholly different notion of what real living was about, what was real, elemental, and satisfying. I knew as a leader, my job was not only helping people with their jobs, but I needed to help them with their lives as well.

Shortly after my return to work, someone asked me how it felt to be back. I said, “Great, but I wouldn’t have missed that broken neck for the world.” He looked at me for a long, long time. I saw in his eyes, he got it! 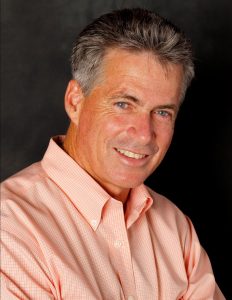 Dan Riley, the former Regional Vice President of Operations of Ralphs/Kroger’s is known for his unconventional management style and motivational techniques that have inspired thousands of employees and managers over his 38-year career. Launching independently as a motivational and leadership speaker, Dan’s message taps into the merits of personal development and introspection with a backdrop of an ever-changing industry and always challenging retail landscape.