Top Posts
24 Things That Will Make You Laugh (Even...
How To Deal With Bitter People
Having Family Problems? Here’s How To Fix Them
20 Easy Ways to Protect the Environment and...
5 Surprising Benefits of Training Your Glutes
5 Reasons Warm Weather is Good For Your...
8 Ways To Have A Super Relaxing Weekend
The Importance Of Being Grateful
QUIZ: What Workout Are You?
7 Healing Foods That Boost Metabolism
You are Here: Inspiyr > GET MOTIVATED > 3 Ways You Can Change Yourself Into The ‘You’ You Want To Be

When I was younger, I didn’t like to wake up early.

If my parents would have let me, I would have slept in until around noon every day.

However, as I grew older, the benefits of becoming a morning person became more and more obvious.

In order to get all the little things done that I needed to do so I’d be organized and prepared for my day, it was clear I needed to get up a whole lot earlier.

The problem was this: I just couldn’t break all the habits that kept me a “noon person.”

I had heard the statement that “you are what you tell yourself you are.” I wondered if it were really possible to change yourself just by thinking it so. 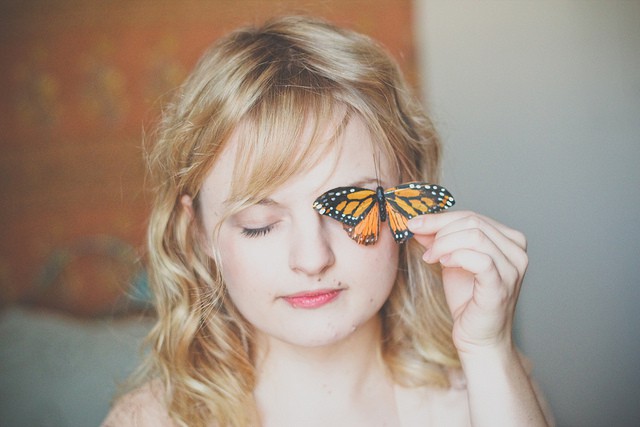 So I thought I would do a little experiment on myself.

Talking Myself Into Change

My path to success demanded I become an energetic early bird. Instead of saying, ‘Well, that ain’t me, so forget it!” I decided I would change my self-image.

I began to visualize myself as a morning person and would tell anyone who cared to listen that I was. When my alarm clock would go off, the last thing I wanted to do was get out of bed, but I would say to myself, “I am a morning person!”

I would repeat it all morning, but would especially say it at night, every time I found myself dreading getting up at dawn the next morning.

It worked. I am now a morning person. I actually look forward to getting up early. It took about six months to a year—but the absolute truth is that I am now a very productive early-riser.

Some 40 years ago, a Dr Maxwell Maltz coined the term “self-image” in a book called Psychocybernetics. Self-image is a belief about ourselves and what we feel we are capable of accomplishing.

According to Maltz, self-image is determined by what we continuously tell ourselves. He said that you will not outperform nor will you underperform your self-image for long.

Related: Self Talk 101: Why You Need To Believe In Yourself

I have proven to myself over the years that he was right. It’s pretty simple: you can change yourself if you tell yourself you can. But you have to want to make the change.

What’s Holding You Back?

If your self-image is that you’re not good with money, I could write you a check for a million dollars and you would find a way to lose it all.

Why do 80% of all lottery winners end up back in the same old financial rut within five years? Because they have the self-image of being out of luck.

If your self-image is that you’re a terrible singer, a klutz, an incompetent coworker, a D student, or a chronically ill person, you will be—until you decide that you want to change your self-image, and start transforming your life.

Related: How To Stop Negative Self Talk

Here’s how to change yourself.

Picture in your mind the person you want to become. Close your eyes and see that image as if on a movie screen, and replay it over and over, every day.

Create a mantra for yourself, starting with the words, “I am….” to help you reach that goal.

Keep it simple. For example, “I am a nonsmoker,” or “I am the leader of my team.”

Repeat the mantra the same way each day, and especially whenever you feel yourself falling into old, self-destructive habits or unhelpful behavior patterns.

Related: 10 Powerful Mantras That Can Change Your Life

It takes time to reshape the unconscious self-images many of us form in childhood, but once you do, you will be a whole different person.

Your self-image affects how other people see you, even before you tell them how you see yourself. You can become more popular, more attractive to a potential mate, more sought after as a leader, and a more effective speaker just by telling yourself you are.

With these three steps, you can become the “you” that you know you are, deep down.

Jason Selk, EdD, trains companies and organizations—including the world’s finest athletes, coaches, and business leaders—on how to achieve optimal performance. He’s the bestselling author of 10-Minute Toughness and Executive Toughness, both published by McGraw-Hill. He’s a regular television and radio contributor to ABC, CBS, ESPN, and NBC, blogs for Forbes.com, and has appeared widely in print.

If You’re Feeling Tired And Moody, You Need To Read This: The Guide To A Healthy Thyroid

Get Off The Scale: Why You Need To Stop Weighing Yourself Every Day