Top Posts
24 Things That Will Make You Laugh (Even...
How To Deal With Bitter People
Having Family Problems? Here’s How To Fix Them
20 Easy Ways to Protect the Environment and...
5 Surprising Benefits of Training Your Glutes
5 Reasons Warm Weather is Good For Your...
8 Ways To Have A Super Relaxing Weekend
The Importance Of Being Grateful
QUIZ: What Workout Are You?
7 Healing Foods That Boost Metabolism
You are Here: Inspiyr > GET SUCCESS > 5 Benefits to Being a Night Owl in an Early Bird World

Do you find it difficult to get out of bed in the morning?

Is it hard for you to concentrate shortly after sunrise, but in the evening you’re more productive than ever?

If so, odds are that you’re a night owl. 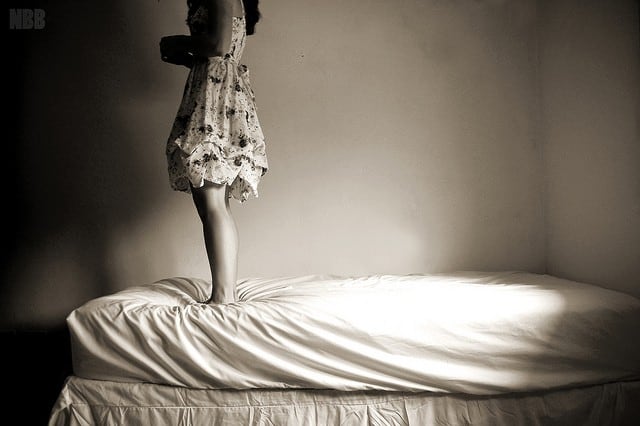 It can be difficult to be late to bed, late to rise in an early-bird world. You’re forced to get up for your 9 – 5 job, but your brain operates on a different time altogether.

Though “larks” are praised while “owls” get the bad rep, don’t feel pressured to change your ways. There are benefits to staying up late and hitting the snooze button in the morning.

Benefits of Being An Owl

Rather than being exhausted after work, night owls are more likely to feel recharged and be able to concentrate in the evening, according to one study.

Though you’d think that early birds have this in the morning, they actually don’t have this peak at all—their energy slowly decreases at a constant rate throughout the day starting at 9 a.m.

Take advantage of this timed burst of energy—you have an excuse to procrastinate your work until late after the sunsets!

Related Article: How to Turn Procrastination into Action

Maybe there’s a reason why owls are considered a wise bird. According to The Scientific Fundamental, night owls are more likely to be more intelligent than the early risers.

Hundreds of years ago, our ancestors only operated in the daylight, and working at night is quite novel—leading scientists to believe that owls are more developed.

The study supported their hypothesis: participants who had a low IQ of less than 75 went to bed early, while those who have a high IQ of over 125 went to bed considerably later.

Night people may not even need as much sleep to function well as early birds, according to researchers from Belgium and Switzerland.

In their study, after sleeping 7 hours a night at their respective bedtimes, early birds started to get weary, and their brain activity suggested that they were having a harder time paying attention.

This didn’t happen with the owls, leading the researchers to believe that they need less sleep.

Related Article: How to Sleep Better

If you’re a night owl, you are more likely to be able to think outside the box than the rest.

According to Professor Jim Horne, sleep expert, “Evening types tend to be the more extrovert creative types, the poets, artists, and inventors, while the morning types are the deducers, as often seen with civil servants and accountants.”

For this reason, owls tend to be more successful, being linked to more prestigious jobs and higher incomes.

That being said, if night people need to conform their sleep for a 9 – 5 job, they certainly can. In his book, Sleepfaring: A Journey Through the Science of Sleep, Horne claims that larks have a more difficult time adapting their sleep schedule to that of a night owl, while owls have a much easier time forcing themselves to be early to bed, early to rise.

Night owls, don’t fight your genes. Though society constructs like work and school may be largely suited for early birds, embrace your body and your brain. Though you are capable of getting yourself up early and going to bed early if need be, recognize the strengths of working with your rhythms instead of against them. Take advantage of your nocturnal productivity, and think about career paths that might be suitable for you to be the happiest, healthiest owl you can be.

When Doing Nothing is the Best Medicine