Top Posts
24 Things That Will Make You Laugh (Even...
How To Deal With Bitter People
Having Family Problems? Here’s How To Fix Them
20 Easy Ways to Protect the Environment and...
5 Surprising Benefits of Training Your Glutes
5 Reasons Warm Weather is Good For Your...
8 Ways To Have A Super Relaxing Weekend
The Importance Of Being Grateful
QUIZ: What Workout Are You?
7 Healing Foods That Boost Metabolism
You are Here: Inspiyr > NUTRITION & HEALTH > Aloe Vera: The Amazing Benefits and Uses

You have probably heard of it, seen it on an ingredient list, owned it as a house plant, or used it as a folk remedy. Today we want to share it with you; one of nature’s greatest secrets – aloe vera. Check out the amazing benefits and uses of this miracle plant. 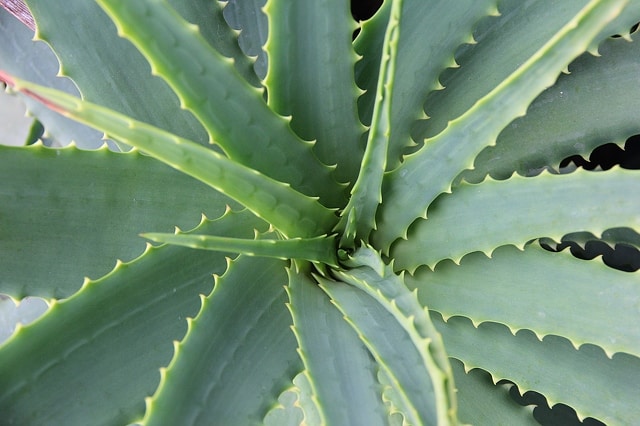 What is Aloe Vera?

Aloe vera has been described as a “wonder plant,” and no doubt it is. It is a short-stemmed shrub and cactus-like plant that has its origin in East Africa and the Mediterranean region. It is cultivated in Texas, Florida, and Arizona in the USA. Aloe gel and latex are two substances produced by aloe vera that is used in producing a variety of everyday use and medical products. Aloe gel is a clear, jelly-like substance obtained from the inner part of the leaf of the plant, while aloe latex is yellow in hue and is extracted from under the plant’s skin.

A study published in the Indian Journal of Dermatology stated that in ancient Egypt, aloe vera  was referred to as the “plant of immortality.” It was also stated that the plant had been used for many centuries in Japan, India, China, Egypt, Mexico, and Greece for the treatment of many disease conditions.

Aloe vera as a plant is one of the most versatile in use around the world. One quite popular use of it is for juice, which is commercially available and widely regarded for its potential health benefits. About 75 potentially active constituents have been found in this wonder plant. These include minerals, vitamins, enzymes, amino acids, salicylic acids, sugars, saponins, and lignin (1). Among the vitamins contained in aloe vera juice are vitamins A, C, and E, choline, vitamin B12, and folic acid. The minerals contained within the plant include magnesium, calcium, manganese, selenium, copper. sodium, potassium, and zinc.

How to Drink Aloe Vera Juice

Due to the naturally bitter taste of this beautiful plant, you may be unable to drink it raw. Therefore, you may prepare the juice as follows: extract the gel, cut it into small pieces, and blend it. Mix a small amount of this with some other sweet fruit, or perhaps a vegetable juice. Alternatively, you can use the leaves in juicing.  Blend the leaves, strain the liquid, and drink. If that is too bitter, mix it with honey, or another natural sweetener prior to consumption. Some lemon may also be added to the mix also.

Teeth and gums: Aloe vera has been stated to be quite effective in fighting cavities. A study conducted and published in General Dentistry claimed that aloe vera in tooth gels is as effective as toothpaste at sanitizing and preventing cavities. In that study, the researchers compared the germ-fighting capacity of an aloe vera tooth gel with that of two popular kinds of toothpaste. They discovered that the gel was just as effective as popular toothpaste in arresting bacteria that causes cavities in the mouth, and even more effective in some cases.

The study further stated that aloe latex contains anthraquinones, a set of compounds that have natural anti-inflammatory effects with the ability to reduce and heal the pain. The researchers noted however that not all gels analyzed contained the actual stabilized form of aloe vera gel that is effective and found in the center of the plant.

Constipation: Aloe vera has been approved for the treatment of constipation by Germany’s regulatory agency for herbs – Commission E. It is commonly used in dosages of 50-200 milligrams of in liquid or capsule form once daily over a period of up to 10 days. In 2002, the U.S. Food and Drug Administration (FDA) ruled that there is insufficient data on the safety and efficacy of aloe products; hence in the U.S., they are not permitted to be used in the treatment of constipation.

An Iranian study claimed that aloe vera juice can reduce abdominal pain and flatulence in patients having irritable bowel syndrome (2). And, although more research will be required, it has been claimed that both the juice and the latex of the aloe vera plant can be used to effectively treat and/or cure constipation (3).  The juice has laxative properties through the anthraquinones and barbaloin in aloe that stimulate and increase the tone of the bowel (7).

Diabetes-induced foot ulcers: At the Sinhgad College of Pharmacy in India, a study was carried out and published in the International Wound Journal where aloe’s ability to treat ulcers was examined. It was reported that a gel formed with carbopol 974p (1 %) and aloe vera promotes significant wound healing and closure in diabetic rats when compared with commercial products. Hence, it was concluded that aloe vera was promising in considering the treatment of diabetes-induced foot ulcers.

Heart health: It has been reported from a study of 5,000 patients suffering from chest or heart pain for five years, that after consuming aloe vera they demonstrated a significant reduction in the pain. Furthermore, the patients also had reduced levels of blood sugar (diabetic patients) and cholesterol (4).

Mycoplasma is a unique cell wall lacking bacteria and consequently unaffected by many common antibiotics. Antimycoplasmic substances can destroy these bacteria. The researchers reported that both the aloe vera flower and especially the leaf extracts had antioxidant properties. The leaf skin extract additionally had antimycoplasmic properties. They concluded that “aloe vera extracts from leaf skins and flowers can be considered good natural antioxidant sources.”

Protection from ultraviolet (UV) irradiation: In South Korea, scientists at Kyung Hee University Global Campus wanted to determine whether the baby and adult aloe shoot extract had a protective effect on UVB-induced skin photoaging; in other words, whether they have the ability to protect the skin from the aging effects of sunlight. Baby aloe shoot extract (BAE) is from 1-month old shoots while adult aloe shoot extract (AE) is from 4-month old shoots. Post experimentation, the scientists concluded in an article published in Phytotherapy Research, that, “Results suggest that BAE may potentially protect the skin from UVB-induced damage more than AE.”

Protection from skin damage after radiation therapy:  After radiation therapy, aloe vera might help protect against skin damage. In a study conducted at the University of Naples in Italy, five different topical creams, one of which contains aloe vera, were tested to see how effective they might be in protecting the skin of breast cancer patients who are receiving radiation therapy. In that study, 100 patients were divided into five groups of 20 and each group was prescribed a different topical treatment. They applied the creams twice daily, starting 15 days before radiation therapy treatment, and continued for 1 month after therapy. The participants underwent weekly skin assessments during the 6-week period.

The scientists reported in the journal Radiation Oncology, that the incidence of skin side effects was reduced by the preventive use of the topical hydrating creams in the women treated with radiation therapy for breast cancer. None of the groups performed significantly better than the others. They, therefore, concluded that all the moisturizing creams used in their study were equally valid in the treatment of skin damage induced by radiotherapy.

Wounds from second-degree burns: Aloe vera gel was compared to 1% silver sulphadiazine cream for the treatment of second-degree burn wounds by a team of plastic surgeons. Their findings were reported in the Journal of Pakistan Medical Association where they stated that the burn wounds among the patients treated with aloe vera healed remarkably faster when compared with those treated with 1% silver sulfadiazine (SSD). They further stated that those in the aloe vera group also experienced healing significantly earlier and more pain relief than those in the SSD group. The authors concluded that “Thermal burns patients dressed with aloe vera gel showed advantage compared to those dressed with SSD regarding early wound epithelialization, earlier pain relief, and cost-effectiveness.”

According to Bill C. Coats, “Since the skin needs nutrition of its own, Aloe Vera when formulated into a properly designed personal care regimen, can treat, exfoliate, restore, reveal and provide constant, impressive nutrition to the human skin.”  Also, a Delhi-based dermatologist named Dr. Deepali Bhardwaj stated that “Aloe vera is rich in Vitamin C, E and beta carotene which gives it its nourishing and anti-aging qualities. It can moisturize the skin without making it greasy, which makes it a great buy for those with oily skin.” She also suggested drinking aloe vera juice early in the morning on an empty stomach in order to improve digestion and provide a remedy for any kind of stomach trouble. When the body is healthy inside, the outside (your skin), will be healthy and radiant as well.

The potential ability of aloe vera to help with weight loss was advocated by Britt Brandon, the author of The Everything Guide to Aloe Vera for Health. In the guide, Brandon stated, “Aloe vera can improve the effectiveness of your diet and maximize your weight-loss potential. With ample amounts of vitamins and minerals that contribute to weight loss, as well as amino acids, enzymes, and sterols, aloe vera ensure your diet is not only supportive of weight-loss, but also improves the body’s absorption and utilization, improving overall health as well as weight-loss success.”

So tell us, have you used aloe vera? If so, how has it benefited you?

5 Ways To Drink Alcohol in Moderation

The Importance Of Being Grateful

5 Most Popular Myths About Eating and Weight...

Our Keto Diet at Disney By Claire McDonnell

Genetically Modified Foods: You Are What You Eat

3 Steps to Manage Your Diabetes

How to Manage ADHD Naturally

17 Fruits and Vegetables That Are Low in...