Top Posts
24 Things That Will Make You Laugh (Even...
How To Deal With Bitter People
Having Family Problems? Here’s How To Fix Them
20 Easy Ways to Protect the Environment and...
5 Surprising Benefits of Training Your Glutes
5 Reasons Warm Weather is Good For Your...
8 Ways To Have A Super Relaxing Weekend
The Importance Of Being Grateful
QUIZ: What Workout Are You?
7 Healing Foods That Boost Metabolism
You are Here: Inspiyr > GET HEALTHY > Top Ten Healthiest Foods

To better tackle this question, we checked out World’s Healthiest Foods (WHF) list of—you guessed it—the world’s healthiest foods. The list features 100 foods that WHF viewed to be the most nutrient-dense. They organized them into categories, and we chose one food from each category to provide you the list of top ten healthiest foods! 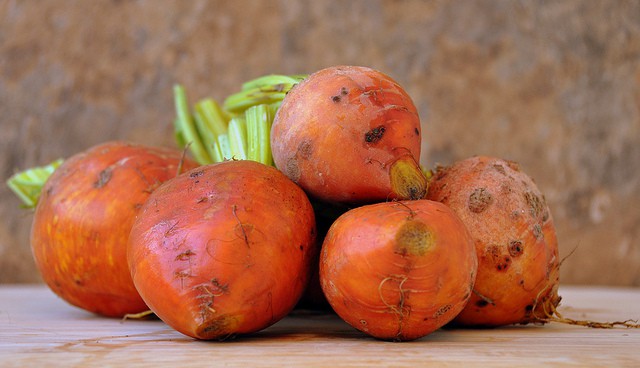 In the category of vegetables, we chose kale. Kale has been given a perfect 1000 on the Whole Food’s Aggregate Nutrient Density Index (for context, spinach only clocked in at 739). It’s packed with nutrients (one cup contains over 100% of your daily value of vitamins A, C, and K!). Plus, kale can keep you optimistic, prevent cancer, and can even lower your risk of diabetes.

Okay, so we picked two vegetables. After all, you can’t get enough veggies! Sweet potatoes are next on our list of the top ten healthiest foods. Sweet potatoes contain a whopping 400% of your daily requirement of vitamin A. Plus, compared to white potatoes, they have more vitamin C and fiber with fewer calories and carbs. Delicious and nutritious.

Related: Boost Your Immune System with these 4 Foods

You really think I’m just going to sit at my kitchen table and snack on a lemon?

No. We are in no way recommending that. Please don’t. Ever.

However, fresh lemon juice is something you can use while cooking, making salad dressing, or, of course, making lemonade. Not only can it add delicious flavor, but according to the USDA, one lemon can contain up to 74% of your daily value (DV) of vitamin C, which can strengthen your immune system and act as an antioxidant to protect your body from free radicals from cigarette smoke, air pollution, and UV sunlight. So no, don’t eat a fresh lemon, but make yourself some fresh lemonade!

The Omega-3 fatty acids present in salmon can help lower “bad” cholesterol. Plus, studies show that the fish oil from salmon can improve your memory.

Next time you’re carving a pumpkin, don’t throw away the seeds! Cook ‘em up and eat ‘em, because pumpkin seeds are super healthy. The USDA lists one cup of pumpkin seeds as having almost half your DV of fiber, 42% of your DV of magnesium, and 12 grams of protein. Plus, they’re super high in antioxidants, which, as we mentioned earlier, are pretty important.

WHF doesn’t specify on their list, but for our list of top ten healthiest foods, we’re going to say nonfat Greek yogurt in particular. All yogurts can give you a solid amount of nutrients. However, Greek yogurt beats out its regular competition.

According to Dawn Jackson Blatner, registered dietician and author of The Flexitarian Diet, “For someone who wants the creamier texture, a little bit of protein edge, and a sugar decrease, going Greek is definitely not all hype.”

Man, we at Inspiyr just can’t get enough of quinoa, and neither can anyone else. In fact, the Food and Agriculture Organization of the United Nations declared 2012 as “The International Year of the Quinoa.” Not only is it gluten free, but it’s a great source of protein, iron, zinc, magnesium, and fiber (the last of which can keep you full so you won’t overeat) while being low-calorie and low-carb.

Don’t overlook cinnamon in your spice cabinet, as it has some amazing benefits. Studies have shown that cinnamon is good for the brain in that it can protect you from Alzheimer’s and help improve your memory. Cinnamon can also lower blood sugar levels and even help control type 2 diabetes.

Next up on our list of top ten healthiest foods is the lovely Garbanzo bean, also known as the chickpea. According to the USDA, half a cup of chickpeas will give you 68% of your DV of fiber, 28% of magnesium, 25% of vitamin B-6, 34% of iron, 25% of potassium and 38% of protein.

That’s a lot of nutrients. The best part: you can make hummus out of chickpeas. Who doesn’t like hummus?

‘Round Thanksgiving, don’t feel bad about eating that turkey. Turkey is a lean meat at only 153 calories per serving, but it also contains high amounts of tryptophan, protein, selenium (which can prevent cancer), vitamins B3 and B6, and other important nutrients your body needs!

There are plenty of healthy and nutritious foods out there, but which are the best? If you ask us, the top ten healthiest foods are kale, sweet potatoes, lemons, salmon, pumpkin seeds, Greek yogurt, quinoa, cinnamon, chickpeas, and turkey. Fill up your kitchen with these nutrient-dense foods, and your body will thank you.

Sammy Nickalls is the Content Manager at Inspiyr.com. She is an avid health nut and a lover of all things avocado.

Aids and Medication for Sleep: Over-the-Counter, Natural, and Prescription

The Power of Daily Rituals