Top Posts
24 Things That Will Make You Laugh (Even...
How To Deal With Bitter People
Having Family Problems? Here’s How To Fix Them
20 Easy Ways to Protect the Environment and...
5 Surprising Benefits of Training Your Glutes
5 Reasons Warm Weather is Good For Your...
8 Ways To Have A Super Relaxing Weekend
The Importance Of Being Grateful
QUIZ: What Workout Are You?
7 Healing Foods That Boost Metabolism
You are Here: Inspiyr > GET HEALTHY > What’s the Best Way to Avoid STD’s?

Throughout the rather minimal sex education I received in middle and high school, I learned quite a bit about STDs and preventative measures. What really stuck with me was that I didn’t want them. Of course, nobody goes through life saying, “Oh, I can’t wait until I get gonorrhea!” But, along with learning how to protect yourself from STDs, it’s important to look at the discrepancies in STD distribution between males and females in order to understand what you’re most susceptible to. 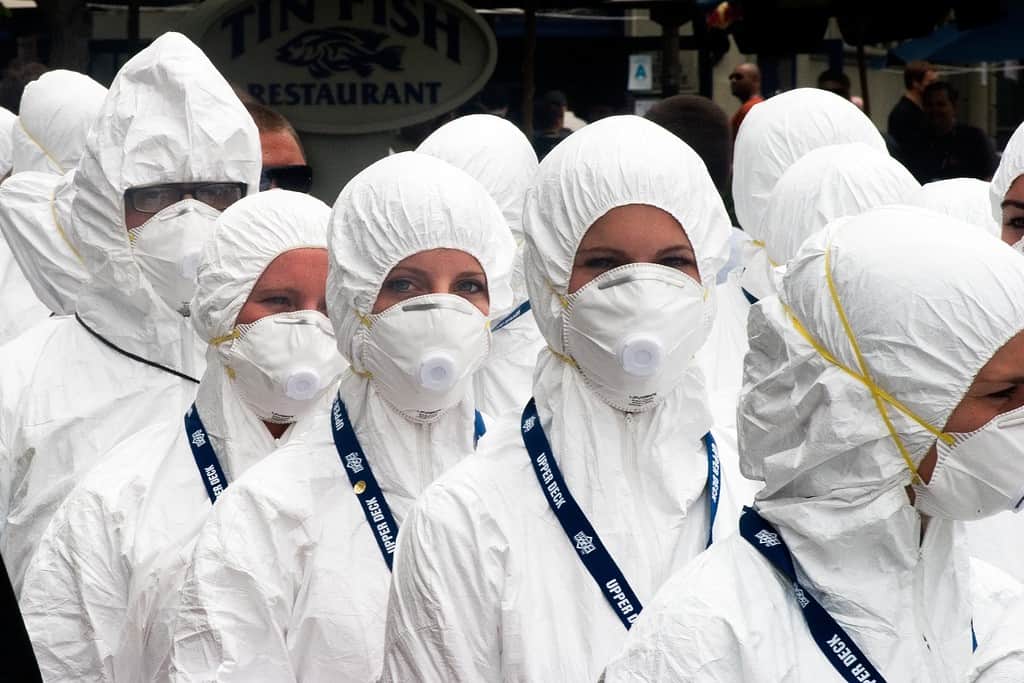 What’s the Deal With STD’s?

While STDs are a common occurrence in sexually active adults, there are discrepancies regarding which sexually transmitted diseases are more common for men and women. For example, the Center for Disease Control (CDC) states that men are 5.6 times more likely than women to contract syphilis. Similar circumstances exist for other diseases like chlamydia, which is quite prevalent among sexually active men.

Equally as high rates are present for human papillomavirus (the most widespread STD in America, although men usually don’t show symptoms) and genital herpes (80% of people don’t know they have it, so particular data is difficult to obtain). In addition, there are a slew of other STDs that affect both men and women, including hepatitis, HIV, gonorrhea, and many others.

Because 20% of the adult population in the United States – around 65 million people – has an STD and 19 million new cases arise each year, it is important to understand the causes of these diseases. Not surprisingly, most STDs are caused by unprotected sex. It only takes one sexual encounter to contract an STD, so the rational, intelligent decision to engage in safe sex is of utmost importance. The CDC states that the two most reliable ways to avoid contracting an STD are abstaining from sexual intercourse and being in a “long-term, mutually monogamous relationship with an uninfected partner.”

How to Avoid Them and Stay Clean

Of course, abstaining from sexual intercourse might be a little difficult for most folks. We live in a society where sex is a normal, healthy activity between individuals, so it’s problematic for some people to completely remove an integral segment of human nature from their life. More than likely, young people would spend a few weeks in abstinence and then have a little too much to drink at a party and, well, you can leave the rest to your imagination.

Ultimately, the argument is that abstinence may not be the most realistic option for young people.

That’s where the second option comes into play. It’s understandable that young people want to mingle with whoever catches their eye, but the most plausible way to avoid obtaining an embarrassing sexually transmitted disease is practicing safe sex in a mutually monogamous relationship. Honesty is a big part of this; if both individuals in a relationship aren’t honest and committed, then there really isn’t a reason for them to be together – at least in the context of preventative measures.

Honesty is an essential component of being sexually respectful, as well. Obviously, this trust and fidelity shouldn’t be expected from the get-go of a relationship because trust takes time to build, so practicing safe sex (using condoms or other barriers) is a smart choice to make, especially in the beginning stages of any relationship.

Practicing safe sex and simply avoiding people who have been around the block too many times are easy ways to evade a humiliating or inveterate sexually transmitted disease. It’s a great way to avoid unexpected surprises, as well. The fulfillment that arises from knowing that your body is healthy and untainted relieves individuals of the burdens that many infected people must deal with. In a society where STDs are growing rampantly, it’s never been more important to practice safe sex.

For more on preventing STDs and practicing safe sex, our friends at Lifestyles.com have compiled a list of helpful tips about condoms:

The Bare Facts About Condoms

1. There is a right way and a wrong way to wear a condom. If it doesn’t unroll smoothly from the rim on the outside, it’s upside down.

2. There are basically three sizes: standard, contoured, and large (2 mm larger than standard)

3. Use only latex condoms or our new polyisoprene synthetic condoms. (Lambskin provides no protection from STDs.)

4. Condoms have a shelf life: three years with spermicide, five years without spermicide. Make sure you check the expiration date.

5. The worst place to carry a condom is in your back pocket; a shirt pocket or protective case is better.

6. Never open the package with your teeth, use the tear strip.

7. Leave room at the tip. If there isn’t a “reservoir end,” squeeze the tip.

8. Use only water-based lubricants, anything else will damage the latex.

9. If you feel a condom break, stop intercourse, and withdraw immediately.

Attention Working Dads: How to Balance Family and Your Career

Are Video Games Bad For You?