Top Posts
24 Things That Will Make You Laugh (Even...
How To Deal With Bitter People
Having Family Problems? Here’s How To Fix Them
20 Easy Ways to Protect the Environment and...
5 Surprising Benefits of Training Your Glutes
5 Reasons Warm Weather is Good For Your...
8 Ways To Have A Super Relaxing Weekend
The Importance Of Being Grateful
QUIZ: What Workout Are You?
7 Healing Foods That Boost Metabolism
You are Here: Inspiyr > GET HEALTHY > 3 Steps to Manage Your Diabetes

3 Steps to Manage Your Diabetes

With the growing rate of obesity in the United States and across the globe, diabetes has become a worldwide epidemic. An estimated 346 million people on Earth have diabetes based on a 2008 report, more than double the 153 million with the disease in 1980.

In the United States alone, 26 million people have diabetes, while an estimated 79 million Americans have pre-diabetes – in this case, blood sugar levels are above normal but not as high as those with diabetes. Population growth and increased life expectancy (the elderly are more likely to develop diabetes) have contributed greatly to this massive growth, but the surge in obesity rates also plays an important role. 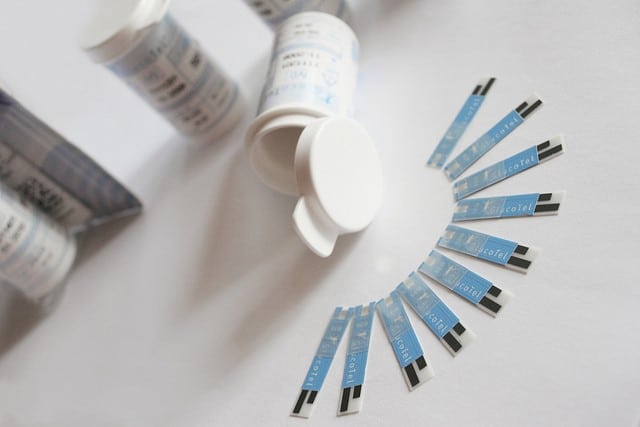 Symptoms of Type 2 diabetes vary by case, but there are a few dominant factors that most people exhibit. Increased hunger, thirst, and urination are hallmarks of diabetes. These uncontrolled occurrences are frequent, with some diabetics having to use the restroom each hour. Fatigue, blurred vision, dry mouth, and itchiness are also common symptoms. Failure to seek diagnosis and subsequent treatment can increase the likelihood of these symptoms developing into severe complications.

How Diabetes Affects Your Health

Diabetes greatly affects the health of those afflicted. In severe cases, it can cause blindness, kidney failure, nervous system disease (neuropathy), and loss of limbs. Meanwhile, the probability of stroke and heart disease is 2 to 4 times higher than those without diabetes. Type 2 diabetes is a slowly progressing disease, meaning a person may have high blood sugar but no symptoms. Because of this slow progression, individuals who are overweight should get frequent testing – usually about once or twice a year – to check for pre-diabetes or diabetes.

Steps to Manage your Diabetes

If diagnosed with diabetes, a few different steps must be taken.

1. Change how you eat. Individuals should check with their physician to determine what type of food they should consume (logically food that isn’t fatty or sugary) and when they should consume it. Finding and maintaining a healthy weight are vital to people with diabetes, as well, so it’s important to keep fat and carbohydrate intake at a restricted level.

2. Watch your blood sugar. The blood sugar levels of diabetics fluctuate throughout the day so many diabetics must test their blood sugar levels once or twice per day to maintain healthy levels. If diabetics practice healthy eating patterns and exercise regularly, they may be able to limit testing to a few times a week due to the stabilization of glucose in the blood. Testing can usually be done at home with a glucometer, and medications are also commonly prescribed.

3. Get physical. Participating in physical activity for at least 30 minutes, 5 days a week can yield great results for diabetics. Exercise, especially the kind that involves an increased heart rate and a bit of body movement, assists diabetics in developing and maintaining a healthy weight and may even allow them to stop taking medicine.

Amidst disheartening news and troubling figures, the possibility of diabetes treatment is becoming more likely as drug companies like Merck and Eli Lilly are in the process of developing oral capsules to lessen the side effects of Type 2 diabetes. Upon consumption, these pills would lower the level of glucose (sugar) in the body, thus reducing hypertension (high blood pressure) and the subsequent ramifications, like heart disease and stroke. Of course, these treatments are not intended as a cure for Type 2 diabetes, and, as noted by the number of individuals with diabetes, such a cure doesn’t exist. Therefore, exercise and a healthy diet are still of paramount importance for diabetics.

Being knowledgeable about diabetes is the first step that’s necessary to combat it. In the US, where the percentage of people with diabetes is expected to double over the next 25 years, being aware of diabetes and its symptoms, side effects, and treatments have never been more important.

Why Fear is a Good Thing