Top Posts
24 Things That Will Make You Laugh (Even...
How To Deal With Bitter People
Having Family Problems? Here’s How To Fix Them
20 Easy Ways to Protect the Environment and...
5 Surprising Benefits of Training Your Glutes
5 Reasons Warm Weather is Good For Your...
8 Ways To Have A Super Relaxing Weekend
The Importance Of Being Grateful
QUIZ: What Workout Are You?
7 Healing Foods That Boost Metabolism
You are Here: Inspiyr > INSPIYR'D > 6 Ways to Achieve Your Dreams

6 Ways to Achieve Your Dreams

Doing my best to portray an image of a roman gladiator preparing for battle, I hustled to the point on the field where the rest of the kickoff team was consolidating into a huddle.

“Alright guys, listen up. This is what we are going to do.”

I leaned my head in a little closer, desperately trying to hear what the coach had to say.

I didn’t know what was louder—the 85,000 people in the stands cheering or the noises coming from my nervous stomach.

Suddenly, as if every person vanished from the stadium and I was the last one standing on the field, everything became quiet, as I flashed back to a turning point in my life that could have, and some say, should have, prevented me from achieving my dream… 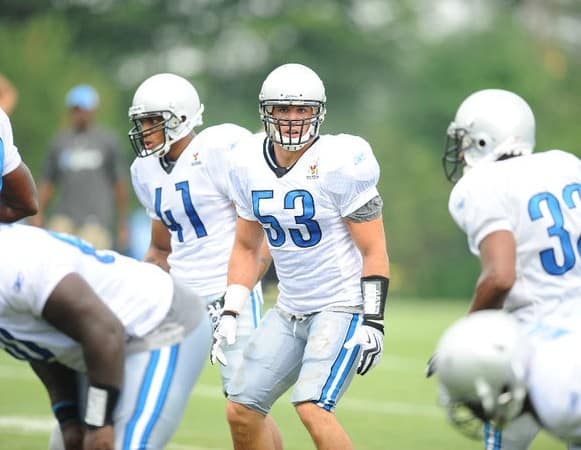 It was Thursday morning when the phone rang, a day before the 2008 training camp for the Detroit Lions was scheduled to begin.

It was my agent. I figured it was just a routine call making sure I was prepared for the next 2 months of hell I was about to endure.

I was sorely mistaken.

“Caleb, you need to get to the team’s facility. Something is going on.”

I really didn’t think much of it at the moment. I was too fixated on the high of emotions I was experiencing, knowing my childhood dream of signing an NFL contract was about to become a reality.

Upon my arrival at the team’s facility, my stomach dropped like I was free-falling from 15,000 feet in the air, sensing something wasn’t right.

The room was filled with everyone from the coaches to the general manager of the team. In the middle of all of them was a black conference phone. I remember that phone like it was yesterday.

With my voice cracking like I just hit puberty, I was finally able to get a few words out.

Now, have you ever had a bad dream where you are desperately trying to open your eyes and no matter how hard you try you just can’t seem to find the strength to make it happen?

This was one of those moments. But I only wish it had been a bad dream.

On the other end of the phone was a government official trying his best to explain to me how the Department of Defense had just revoked the policy that was set in place my 2nd year at the United States Military Academy. This policy was going to allow me to pursue the NFL while simultaneously serving my country.

“I’m sorry,” the stern voice on the other end said, “but you are to return to active duty immediately. You can decide if you want to pursue your dream again in two years, but right now it’s not happening.”

With all eyes on me, wiping the tears from my face, I replied.

This is when we have a choice to make. We can define the situation by the continuous relentless pursuit of our dream no matter what the circumstances are or we can allow the situation to define us by giving up and playing the victim role. This was the choice that I had to make and one that I continue to make every day.

6 Steps To Achieving Your Dreams

1. You just keep showing up

You do not consider your natural limitations. It doesn’t matter if it “feels” like you are succeeding in the moment. You have to keep getting up every day and going to the gym, the office, the home, or wherever your next step lies. Just show up.

2. You continue to choose vulnerability over comfort

You realize that for your life to have any value, you must choose vulnerability.

3. You continually count the cost

This means sacrifices. If it’s a dream worth pursuing, it must cost you something.

4. Meditate on the fulfillment of your dream

If you can’t see it, you can’t have it. See it to believe it.

5. Surround yourself with people who support you

Show me your 5 closest friends and I’ll show you where you will be in 5 years.

6. Eliminate the word “almost” from your vocabulary

“Almost” is robbing people of their dreams. I almost ran a 4-minute mile. I almost made the largest deal this year for my company. I almost went on a trip around the world.

These few keys and a positive attitude, despite my circumstances, are what drove me to press on. I wasn’t giving up. After two years of persistence, perseverance, and unwavering hope brought me back to this moment where my dream was now becoming a reality…

The silent reflection is broken by the roar of the crowd; the obstacles could not keep me from where I belong.

Feeling the nudge of my teammate’s shoulder against mine, I suddenly snap out of the trance I was just in, realizing coach and the other ten players were waiting on me.

“Get your head out of your ass,” coach said, ” it’s time to go make your dream come true.” 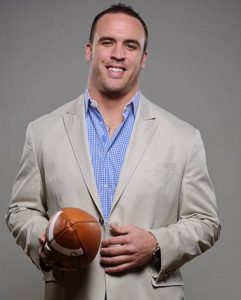 Caleb Campbell is a motivational speaker, West Point graduate, United States Army Officer and NFL free agent. Shortly after being drafted in the NFL, Caleb was informed that the Army had suspended a rule that would allow him to serve his country while playing football. Consequently, he would have to leave the NFL to serve two years of active duty before petitioning the Army for early release. Disappointed but not defeated, Caleb acted like a soldier and carried on. Caleb continues to speak and spread the message about the mindset and perseverance required to achieve your dreams.

How To Be Healthy in the New Year

How to Prevent the Flu Naturally in 3 Ways

Thanks for sharing your moment. Tough situation and choice… realizing your dream is coming true, and then its taken away . Well done.