Top Posts
24 Things That Will Make You Laugh (Even...
How To Deal With Bitter People
Having Family Problems? Here’s How To Fix Them
20 Easy Ways to Protect the Environment and...
5 Surprising Benefits of Training Your Glutes
5 Reasons Warm Weather is Good For Your...
8 Ways To Have A Super Relaxing Weekend
The Importance Of Being Grateful
QUIZ: What Workout Are You?
7 Healing Foods That Boost Metabolism
You are Here: Inspiyr > INSPIYR'D > Entrepreneur Turned Do-Gooder: Interview with Tom Szaky of Terracyle

While most of his peers were at the library, or the bar, college freshmen Tom Szaky was busy launching a business out of his dorm room. For his first product he turned worm-poop into fertilizer as a way to transform waste into something useful. Since then he’s turned that first product into a multi-million dollar business Terracycle, with clients including Walmart and Home Depot. Inspiyr spoke with Tom about the mission of Terracycle, his favorite type of trash, and some advice for budding entrepreneurs or anyone looking to achieve their dreams. 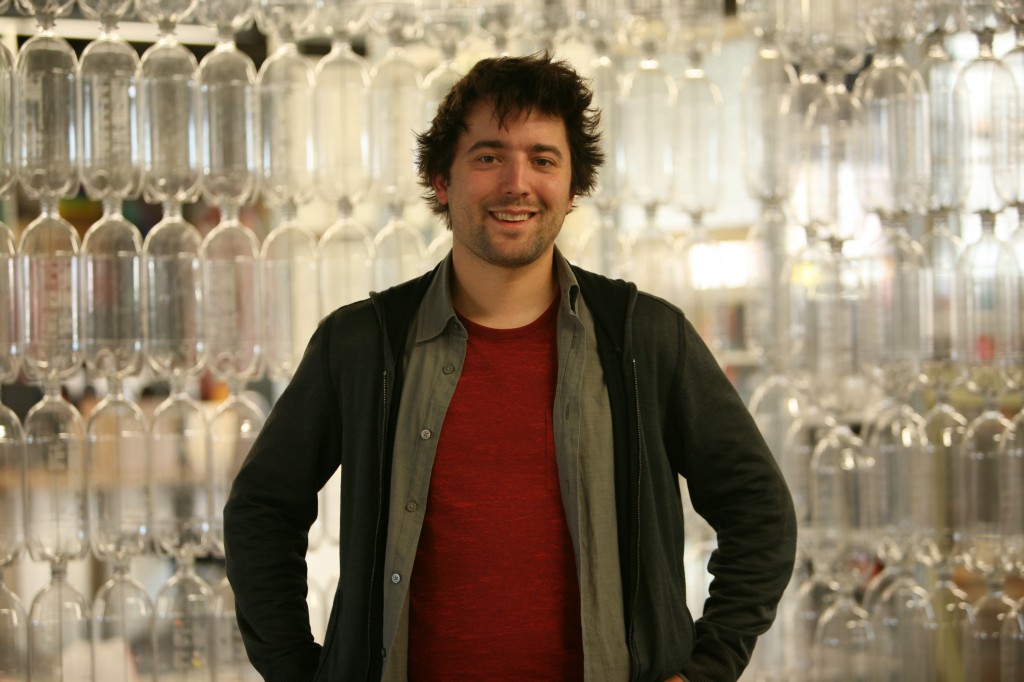 Tell us about Terracycle.  What’s the mission and how did it all begin?

Terracycle started about nine years ago. What we do is try to make things that are not recyclable, recyclable. That’s everything from a potato chip bag to a cigarette butt, chewing gum, used diapers, pens, juice pouches, oral care waste etc. The way we do that is we create national collection and solution programs for these types of waste.

Terracycle operates in twenty two countries around the world and in any of these countries you can go to the Terracycle website, choose the type of waste you want to collect, and we then provide you with free shipping and give a $.02 donation (or the equivalent in your local currency) to any school or charity of your choice for every piece of garbage collected.

We’ve found that every type of garbage in the world, as long as its collected, can be reused, upcycled or recycled. That allows us to take everything that was previously not recycleable and recycle it.

Our story is a classic startup story; I started Terracycle in a dormroom while I was going to Princeton, then dropped out of school and built it into where we are today; over a hundred employees in over twenty-two countries.

Are people more eco-friendly now than they were years ago?  If so, why?

People care more now than they did. Part of this is the media making them care. You can link it to Al Gore and The Inconvenient Truth and many others, but awareness got raised, people agreed it was an issue and the media has done a great job maintaining awareness of the issue.  The more that can happen, the better.

Who are your customers?

We have a few different types of customers.

Our formal clients are consumer product goods companies.  We work with almost all the major multinationals including Kraft, Mars, Nestle, Pepsico etc.  Those are the people who pay for our service. That’s one type of client; they take garbage in.

The second type of client includes clients who take garbage out. We convert the waste we collect into raw materials and sell those raw materials to companies from Rubbermaid to Timberland, who integrate the waste into their product so you have a trashcan made from chip bags or a shoe made from M&M wrappers.

The consumers on the collection side are today thirty million people across twenty-two countries who have gone to the Terracycle website and signed up to collect waste through our platform. Those consumers collect waste and they help raise money for their favorite school or charity in the process. Plus, it’s absolutely free.

The other type is people who buy Terracycle products.  Those are the folks who are interested in more environmental products.

What are the demographics of people who collect the waste?

A glaring percentage is women and a small percentage is men.  Men are not as caring about the environment as women are.  That’s what the data shows, and that’s too bad.

What you do have, which is interesting, is that in the business world there are a lot of people like me who run green businesses and almost all of them are male leaders. 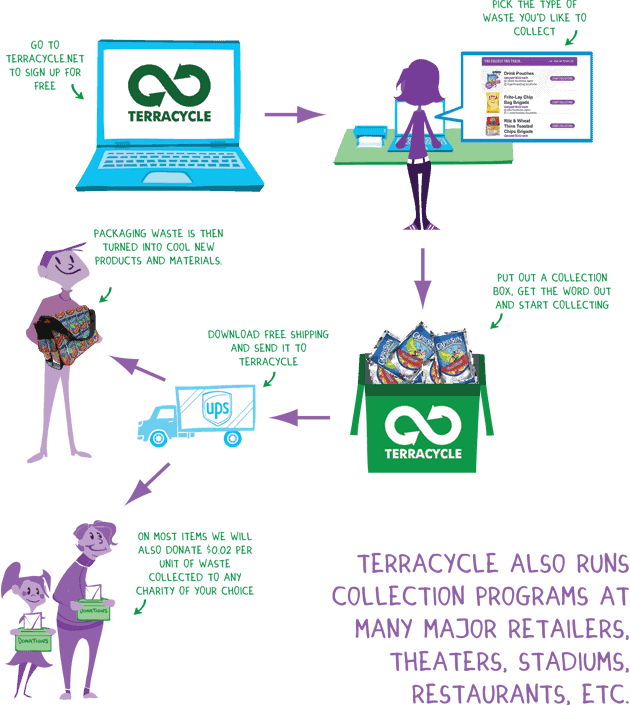 What advice do you have for readers who want to start a new business, whether it’s a socially good business or otherwise?

No matter what, America is the epicenter of amazing entrepreneurship. The country makes it really easy to be an entrepreneur and raise money etc.  So just start!  Try! It’s such a fun ride.  You get to be your own boss and manifest your own dreams and desires. You’ll probably realize once you start that the risk level is not that high because what’s the worst thing that can happen, you go back to where you were before? That’s my biggest advice – just start.

There’s a lot of hype in the green biz movement but there’s not that much volume of substance behind it. There aren’t hundreds of other companies like Terracycle.  We don’t have competition, which is great but also disappointing at the same time.

What gets you the most excited about what you do?

The big one coming up is used hygiene products like old tampons and pads.  They’re gross, they’re fun, they’re epic if you can solve them.

How can our readers help?

The number one thing that you need to think about is whether you want to recycle at home. If you want to recycle at home, then why not recycle things that are not recyclable? To do that it doesn’t cost anything, it’s completely free. We can even raise money for your school or charity of your choice, if that’s important to you.  So why not join a collection program for free?

Then, think about a way to bring a collection program to your office. If you’re a mid-level manager at IBM, why not get IBM to recycle everything from cigarette butts to its chip bags at the corporate campus? Again it’s free, there’s no cost.

That’s the biggest area to think about.  There are many free green tools that many people can implement in their business, even outside of Terracycle.  No purchase required, just help collect and recycle waste.

We’ve had nine years of only growth. We’re doing almost $20mm in sales and have over one hundred employees in twenty-two countries.  We’ve never had a year we’ve been disappointed by.

Thanks Tom, and keep up the great work…

3 Easy Ways to Save Money with DIY Projects