Top Posts
24 Things That Will Make You Laugh (Even...
How To Deal With Bitter People
Having Family Problems? Here’s How To Fix Them
20 Easy Ways to Protect the Environment and...
5 Surprising Benefits of Training Your Glutes
5 Reasons Warm Weather is Good For Your...
8 Ways To Have A Super Relaxing Weekend
The Importance Of Being Grateful
QUIZ: What Workout Are You?
7 Healing Foods That Boost Metabolism
You are Here: Inspiyr > FOR MEN > Introducing the Birth Control Pill…For Men!

It has been 50 years since the oral birth control pill, widely known as “The Pill”, made its first appearance in the United States. Since its inception, the pill has caused a tremendous amount of controversy that hasn’t seemed to simmer, ranging from religious opposition to the belief that birth control promotes sexual promiscuity. Regardless, it has become one of the most popular contraceptive choices among women and couples wishing to reduce their chances of conceiving. Recently, researchers have developed a new pill that involves the same concept as the pill that was introduced half a century ago but with one minor difference: it’s for men. 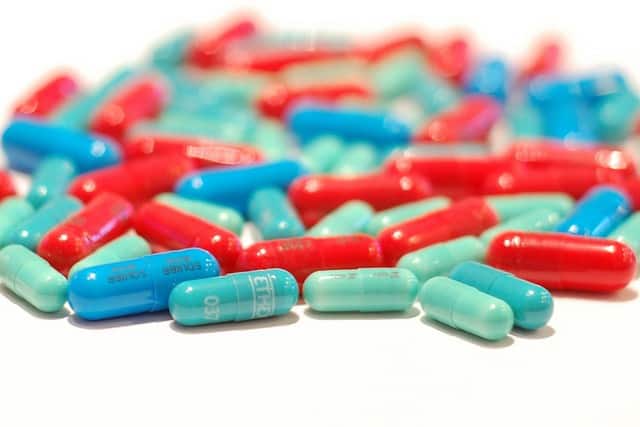 How Does it Work?

Upon consumption, this new pill, which is still undergoing laboratory testing, would cease the production of sperm without altering hormones or reducing sex drive. Currently, the only viable contraceptive options for men are condoms, outercourse (sexual acts that don’t involve penetration), vasectomies, and withdrawal. Male birth control would allow men to engage in full intercourse, an experience that they might find quite rewarding.

But why would men want to take birth control? Isn’t that the woman’s responsibility? Well, not exactly. Men and women maintain the same level of responsibility when it comes to sex and pregnancy, except in cases involving manipulation or forced sexual encounters. In a country like the United States, where one-third of pregnancies are unexpected, a birth control pill for men would be very beneficial, especially for those who don’t want children. In developing countries with burgeoning populations, male contraceptive pills could be even more impactful.

This idea brings to light another side to the issue of contraceptives, and it concerns global welfare. In developed countries like the United States, birth rates are relatively stable. However, developing countries, specifically those in Latin America and Africa, have extremely high birth rates. Because population growth affects numerous components on a global scale, including food distribution, resource depletion, and international conflict, it is of paramount importance to establish methods to assist in lowering rates.

Is it a Good Thing?

Most researchers have come to the consensus that our planet has a carrying capacity; in other words, there is a specific range of people that Earth can hold before its resources are depleted. To counteract this dreadful scenario, scientists have narrowed down the solutions to lowering population growth. Factors like education, agricultural innovation, poverty reduction, and contraception (family planning) could help lower population growth. Essentially, access to male birth control pills and other forms of contraception could be of paramount importance to citizens, the environment, and the entire global community.

Particularly, male birth control would allow men to take on more responsibility when it comes to conception. Just as women monitor their own pill intake, men would also partake in the same responsibilities and would be just as invested in the process. With both men and women working together to actively participate in contraceptive measures, both parties would be equally responsible or equally negligent.

Ultimately, birth control isn’t just about preventing pregnancy. It’s also about preserving the environment, making sure children are raised in stable and constructive homes, and maintaining global welfare. The introduction of male birth control pills to the global market would be of massive benefit to the entire human population, and creating accessibility in developing countries would curb exponential population growth. In a funny sort-of-way, it all comes down to a Matrix-like scene where you have to take the pill. Except for this time, you just have to make sure you don’t mix up your birth control with your wife’s.

7 Things Divorced Men Should Watch Out For

Are Stay-At-Home Dads For Real?

Are College Girls Too Promiscuous?