Top Posts
24 Things That Will Make You Laugh (Even...
How To Deal With Bitter People
Having Family Problems? Here’s How To Fix Them
20 Easy Ways to Protect the Environment and...
5 Surprising Benefits of Training Your Glutes
5 Reasons Warm Weather is Good For Your...
8 Ways To Have A Super Relaxing Weekend
The Importance Of Being Grateful
QUIZ: What Workout Are You?
7 Healing Foods That Boost Metabolism
You are Here: Inspiyr > GET MOTIVATED > If You’re Afraid To Go After Your Dreams, Read This

If You’re Afraid To Go After Your Dreams, Read This

Mexico City is a world away from the East African country of Tanzania, where John Stephen Akhwari lived.

But that’s exactly where he found himself in October 1968, representing his country in the Summer Olympic Games as a marathon runner.

Unfortunately, Akhwari suffered a fall during the race. And it wasn’t a gentle tumble on a grassy knoll. He fell hard on rough concrete, badly cutting his right leg and dislocating his knee. 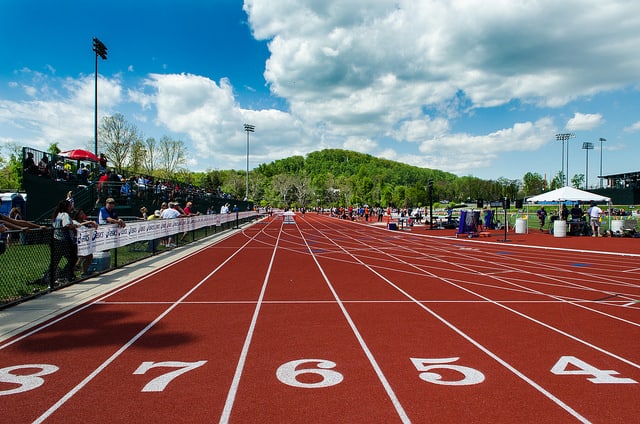 Medical personnel arrived quickly and bandaged his wounds. But the dislocated knee required more treatment than they could provide in the city streets. He needed to go to the hospital.

But against their advice, Akhwari instead stood up and started down the road behind the rest of the runners.

Why Akhwari Kept On Going

Given the severity of his injuries, he couldn’t run his normal pace. With a combination of jogging, hobbling, and walking, he pushed ahead.

At 2:20:26 into the race, Mamo Walde of Ethiopia crossed the finish line in first place. Most of the remaining competitors finished within a few minutes. Akhwari was nowhere close.

An hour later, the Olympic stadium had only a few thousand people left in it. The marathon was the last event of the day, and the sun had already set. Mexico City was brutal on the marathon runners. At over 7,400 feet in altitude, the air has 23 percent less oxygen than at sea level. As a result, 17 of the 74 runners failed to finish the race that day. Akhwari, bloodied and injured, did not intend be one of them.

Followed by a police escort, and clearly in great pain, Akhwari finally arrived and limped his way onto the track, his loosening bandages dangling from his leg. As the diminished crowd cheered in awe and disbelief, John Stephen Akhwari made his way around the track and crossed the finish line at 3:25:27, in last place.

Related: 5 Ways To Stick To Your Goals

The few remaining reporters rushed onto the field to ask him why he continued running in his condition. He responded simply, “My country didn’t send me 5,000 miles to start this race. They sent me 5,000 miles to finish it.”

Akhwari’s dedication became an inspiration to millions, and earned him the title “King without a crown.” To this day, his story is legendary among Olympic athletes and non-athletes alike. People recognize the difference between a starter and a finisher. Be a finisher.

Paul Smith is a bestselling author who’s newest book, Parenting with a Story, documents 101 inspiring lessons to help you (and your kids) build the kind of character anyone would be proud of. He’s a keynote speaker and trainer on leadership and storytelling based on his bestselling book Lead with a Story. You can ﬁnd Paul at www.leadwithastory.com and follow him on Facebook, LinkedIn, and Twitter.

The Ultimate Guide For Empaths: 9 Tips To Stop Absorbing Other People’s Illnesses

Touchdown! How To Have A Healthy Super Bowl (And Still Have Fun)