Top Posts
24 Things That Will Make You Laugh (Even...
How To Deal With Bitter People
Having Family Problems? Here’s How To Fix Them
20 Easy Ways to Protect the Environment and...
5 Surprising Benefits of Training Your Glutes
5 Reasons Warm Weather is Good For Your...
8 Ways To Have A Super Relaxing Weekend
The Importance Of Being Grateful
QUIZ: What Workout Are You?
7 Healing Foods That Boost Metabolism
You are Here: Inspiyr > GET HEALTHY > 6 Health Benefits of Kale

If you’re all about clean eating (or even if you’re not), you might want to listen up.

It’s possible that you’re missing out on one of the healthiest vegetables on the planet. And no, that’s not an exaggeration. There are so many health benefits of kale that it’s no wonder why nutritionists won’t stop talking about it.

Kale is an amazing superfood that has been given a perfect 1000 on Whole Food’s Aggregate Nutrient Density Index (ANDI). If that means nothing to you, consider that spinach only came in at 739, while romaine clocked in at 389.

Why wouldn’t you take advantage of the many health benefits of kale? Read up, then go out to your nearest grocery store and buy yourself some! 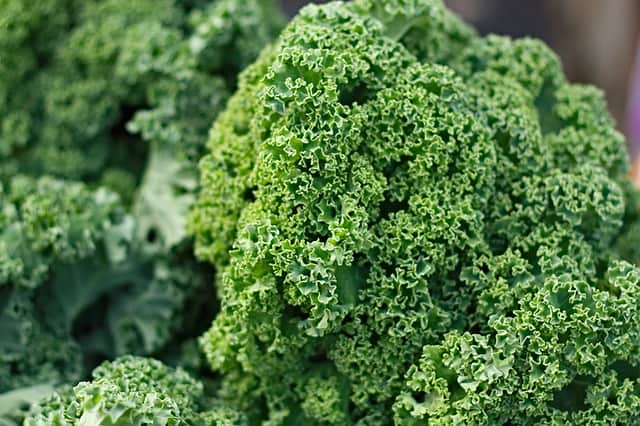 Perhaps one of the most obvious health benefits of kale is its low-calorie count. According to the USDA, one cup of chopped, raw kale is only 33 calories per cup. That being said, unlike iceberg lettuce, it’s quite filling because it’s also packed with fiber, so you’ll be less likely to snack later on!

2. High in vitamins and nutrients

With so few calories, it might seem like kale wouldn’t have all that much to it—but there’s a reason why it’s referred to as one of the healthiest vegetables on the planet. That one cup of kale has 206% of your daily value of vitamin A, 134% of vitamin C, and 684% of vitamin K.

Nope, that number is right. However, few know what exactly the benefits of Vitamin K are (which may be why it’s referred to as “the forgotten vitamin”). According to Dr. Drew Ramsey, M.D. in his book Fifty Shades of Kale (man, he’s a doctor and he’s punny too?), vitamin K is important in blood clotting and bone health, and also is a powerful antioxidant.

Related: 5 Reasons to Add Pumpkin Seeds to Your Diet

The USDA cites that one cup of kale as having a measly six grams of carbohydrates, giving it a low glycemic index. That means you’ll be much less likely to have a blood sugar spike if you consume kale. Hooray!

According to Stanford Medicine, kale can even reduce your risk of cancer. There are two sources of phytochemicals in kale. It’s thought that phytochemicals may lower the risk of developing certain types of cancer.

Kale might also help you keep a sunny outlook. According to Dr. Ramsey, kale contains carotenoids.

Okay, all you need to know about carotenoids is this: a recent Harvard University study has suggested that carotenoids may be linked to positivity and optimism. So that kale salad might cheer you up in more ways than one!

The American Diabetes Association lists kale as one of the top diabetes superfoods because of its low GI and a large amount of nutrients. Dr. Ramsey also highlights that kale has essential omega-3 fatty acids that can lower your risk of diabetes. Eat up!

But how do I eat it?

Kale can be intimidating. If you want to retain all of the health benefits of kale, it’s best to eat it raw. It takes a bit more work to eat than similar vegetables like spinach and is a bit of an acquired taste.

However, if you make a good dressing with lemon and oil that you massage (literally!) into the leaves, it will be easier to eat and digest, as well as a delicious way to get some great nutrients!

You can even get creative and make kale chips by adding the desired seasonings and popping the leaves into the oven. Or, to make sure you’re getting your daily dose of the this superfood, use it as the base of a green smoothie.

Really, kale is an incredibly versatile food. You can often use it in place of lettuce or spinach. Don’t be afraid to experiment with kale—you don’t want to miss out on such a great superfood!

Kale can be tricky to eat at first, but it’s worth experimenting with, because there’s a ridiculously huge number of health benefits of kale that you should be taking advantage of. It’s low in calories and carbs, unbelievably high in vitamins and nutrients, can make you more optimistic, and can even prevent diabetes and cancer.

Go munch on some kale, and your body will thank you.

5 Reasons Warm Weather is Good For Your Health