Top Posts
24 Things That Will Make You Laugh (Even...
How To Deal With Bitter People
Having Family Problems? Here’s How To Fix Them
20 Easy Ways to Protect the Environment and...
5 Surprising Benefits of Training Your Glutes
5 Reasons Warm Weather is Good For Your...
8 Ways To Have A Super Relaxing Weekend
The Importance Of Being Grateful
QUIZ: What Workout Are You?
7 Healing Foods That Boost Metabolism
You are Here: Inspiyr > GET HAPPY > 7 Reasons Why Positive Thinking Is Awesome

7 Reasons Why Positive Thinking Is Awesome

Do you view your glass as half empty or half full? Do you tend to concentrate more on the problems or the blessings?

Your positive thinking (or negative thinking) is more than just a personality trait. It can influence your health, body, and overall way of life.

If you consider yourself an optimistic person, good news: your sunny outlook could keep you healthy. Keep on those rose-colored glasses, because studies have shown that there are many benefits of positive thinking. 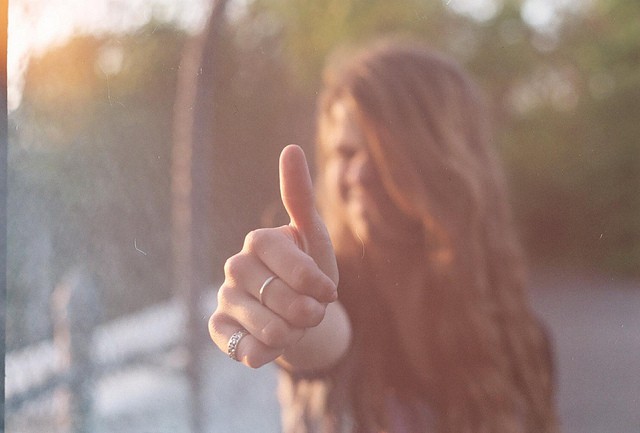 Being optimistic could be good not only for the mind, but for the ticker as well. According to a study Harvard researchers published in the Psychological Bulletin, optimism is associated with heart health and a reduced risk of cardiovascular disease, despite factors such as age, smoking habits, or obesity.

Researchers conducted a study of college students and assessed their stress and coping mechanisms at the beginning and end of their first semester of college. The researchers found that positive thinking was positively associated with low stress.

In a separate study on survivors of missile attacks, researchers also found that pessimists tended more towards anxiety and depression under stress.

Now, we know most of you luckily won’t ever have to deal with something so traumatic as a missile attack, but if optimism can work for them, imagine what it can do for you!

According to an article by psychologists Charles S. Carver and Michael F. Scheier, positive thinkers are likely to have more luck in love.

As the article points out, this could be for several reasons. People are more accepting of those who are positive, and optimistic people are more satisfied in their relationship than pessimists because, like everything else, they concentrate on the good aspects rather than the bad.

The article goes on to explain that positive thinkers tend to work harder and more effectively at relationships.

Optimists are akin to fine wines and cheeses—they get better with age. According to a study done at University College London, positive thinking was associated with “healthy aging.”

5. Helps you take care of yourself

Though you’d think that people who expect good things to happen would take less precautions to avoid health disasters such as heart attacks, the opposite is true.

According to Carver and Scheier, positive thinkers are more likely to keep their bodies healthy by taking measures such as eating well, having safer sex to avoid STD’s and STI’s, and taking vitamins.

According to the article, they  “scan for threats to well-being but save their behavioral responses for threats that are truly meaningful.”

Your sunny outlook could save you anguish—literally. Though you’d think pessimists would have a higher pain tolerance because they are more likely to expect pain, the opposite is, once again, true.

According to one study, those who see the glass as half-full tend to be more able to take pain, while their half-empty counterparts had a lower pain tolerance.

The benefits of positive thinking are many. Though many see optimism as merely a personality trait, studies show that it’s much more than that.

Life can sometimes seem threatening, and it’s easy to feel down and expect the worst sometimes. However, if you fight the urge and keep looking on the bright side, it will pay off—and your body will thank you.

Take our quiz to find out if you’re a positive thinker!

Introvert or Extravert: Which Personality Type Are You?

5 Steps to Attracting Your Perfect Partner (Even If You’re Very, Very Single)