Top Posts
24 Things That Will Make You Laugh (Even...
How To Deal With Bitter People
Having Family Problems? Here’s How To Fix Them
20 Easy Ways to Protect the Environment and...
5 Surprising Benefits of Training Your Glutes
5 Reasons Warm Weather is Good For Your...
8 Ways To Have A Super Relaxing Weekend
The Importance Of Being Grateful
QUIZ: What Workout Are You?
7 Healing Foods That Boost Metabolism
You are Here: Inspiyr > GET HEALTHY > Is Wheat Bad For You? 7 Things You Need To Know

Is Wheat Bad For You? 7 Things You Need To Know

Do you know someone with celiac disease—that is, an extreme sensitivity to gluten?

I remember my first time meeting someone with celiac disease. As they gazed longingly at the pizza I was eating, I remember thinking, “Man, I’m so glad I don’t have that.” 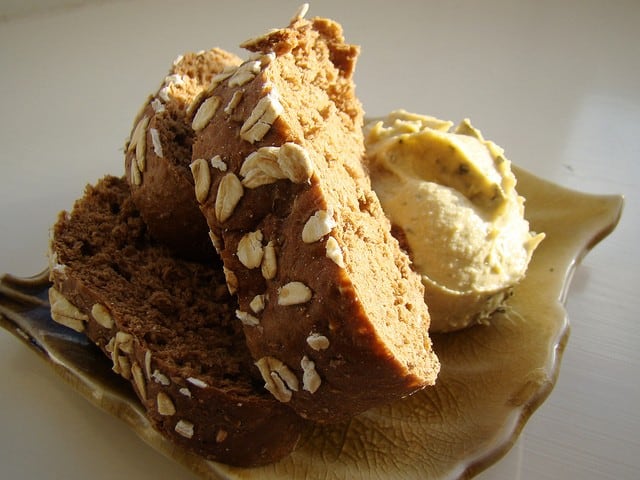 JJ Virgin asks people to stop eating gluten, the main protein in wheat, for three weeks on The Virgin Diet. “You’ve got to completely eliminate it to see those benefits,” said Virgin. “Once most people try that initial three weeks going gluten free, they’re sold.”

So is wheat bad for you? After doing a bit of research, it turns out that while wheat-filled foods might do wonders for your taste buds, they can also wreak havoc on your body.

7 Reasons Wheat is Bad For You

Approximately 1% of the population has celiac disease, which is characterized by a serious hypersensitivity to gluten that makes eating gluten pain-free practically impossible. However, it is becoming more apparent to scientists that there is a whole spectrum of gluten disorders, leading researchers to believe that “non-celiac gluten intolerance” may be a relatively common condition.

For those that suffer from this, unpleasant symptoms may occur after eating wheat, such as bloating, stomach pain, and irritable bowels.

Most wheat products are quite processed, which strips nutrients from food. According to one study, highly processed foods generally have more sugar, more saturated fat, more sodium, less fiber, and many more calories than their less-processed counterparts.

3) Our bodies still aren’t used to it

According to one study, our bodies are still very vulnerable to wheat and we don’t know how to process it. Our digestive and immune responses suggest that our bodies were not built to process wheat—one of the main reasons the paleo diet has become so popular recently.

Though not yet proven, there are studies that suggest that wheat is an addictive substance.

According to Dr. Mark Hyman, MD, wheat contains a “super drug” that make substances with wheat in them addictive—which is likely the reason why bingeing on foods like cookies and pasta is so much more common than foods like carrots, and why most foods you crave tend to have large amounts of wheat in them.

Dr. Hyman also points out the rather frightening fact that these cravings can be blocked by the same drug that blocks heroin or morphine in an overdose.

According to Dr. Hyman, the majority of wheat we eat is dwarf wheat, which is not natural. Instead, it’s the product of genetic manipulation and hybridization to make it hardier and easier to grow in mass quantities—but it also contains much more starch, gluten, and “odd proteins” that our bodies are not used to. One “super starch” called amylopectin A was genetically added to this dwarf wheat, and it is what makes bread fluffy—but also raises blood sugar very rapidly.

6) Your blood sugar will spike…

Products with wheat get digested extremely quickly, which results in large increases in blood glucose. Even whole wheat bread is a culprit, as its glycemic index is 71—same as white bread. In fact, two slices of whole wheat bread can increase your blood sugar level even more than two tablespoons of sugar.

7) …which will make you eat more

As if a blood sugar spike isn’t unhealthy enough on its own, it causes a crash, which makes you feel hungrier faster. Even if many wheat products can fill you up, it won’t last.

William Davis, MD claims in his book, Wheat Belly, that this blood sugar drop will set you up to be rummaging through your fridge within two hours of eating wheat.

So is wheat bad for you? Signs point to yes. Though wheat might be in all our favorite foods, research points to significant reasons to keep it out of our diet. Our bodies aren’t equipped to digest it easily, and it shows: the uncomfortable (and unfortunately, common) pains of gluten intolerance, the over-processing, the physical addiction, the genetic modification, the blood sugar spikes, and the heightened appetite are all unfortunate and inevitable side effects of wheat.

Try cutting out gluten for a month and see how you feel. “For anyone who has a gluten sensitivity (I would say most people), I encourage you to give gluten free a try for three weeks,” said Virgin. “See if your symptoms don’t improve and you don’t reach a new normal of looking and feeling great.”

Relax! 3 Simple Ways To Fight Stress In Your Life

3 Steps to Achieve a New Goal

Don’t cut out all wheat, just try cutting out modern wheat. Even eating spelt can make a world of a difference for many people, and I know a number of friends who can’t eat ‘wheat’ but have no problem eating durum wheat, which is greatly different. Or try the wheat grown originally in Egypt and which is still grown in Italy and can be purchased in the UK or over the internet. It’s unfair to categorise all wheat as the same, it isn’t and people react differently to different types. Incidentally, to successfully follow the paleo diet would require an entirely different lifestyle, which would include picking the berries etc. at source, not from a shop where you have no idea how long they have been sitting in cold storage/freezers.

Meat can be extremely difficult to digest. A lot of people have reflux/stomach acid/gi problems, and don’t realize that it’s from the meat rotting in their guts.

Great article! I dont understand why people are so angry over this, my mom’s a nutritionist and one of the first thing she recommends to people when they want to lose weight or have digestive issues is how much gluten they eat (ie something typically found in wheat). Anyway, nice job!

First off, let me start by saying that this is not alarmist or sloppily researched. The FACT is the body is not equipped to breakdown wheat in the way it is equipped other types of food. Wheat is certainly not the greatest of all evils when it comes to digestion but its something that can be an issue in terms of that because its just not something the body can process with ease. People have been eating bread since the Romans because it was filler, peasant food (though of course not exclusively eaten by the poor) and their economy was largely agrarian. Bread filled up your stomach and so it was an attractive food for the starving but that’s not to say it was wholly nutritious. And anyone who’s tried the paleo-diet will tell you that it is not easy; the restrictions coupled with the workout regiment you need to incorporate in order to get results can be brutal, just like with all diets. Do me a favor gentleman, try, and I’m just going to make some assumptions here, that you are A) not dietitians or nutritionist and B) most likely eat bread on a regular basis, limit the amount of wheat in your diet and see how hard it is to so before you knock this article on its credibility. Ms. Nickalls, this was well written article and although people may not agree with it, it does not detract from its merits.

Alarmist, sloppily researched nonsense. Having just subscribed to Inspiyr newsletter I am very dissappointed to read this rubbish. The reference links either do not work e.g “one study” or are links to pseudo-scientific diet books which have been heavily criticised elsewhere. go see for yourself and don’t just swallow this crap. Wheat contains a “Super Drug”?? Please.

Why are you so angry? I enjoyed the article!

I stopped taking this article seriously at the part where it started comparing wheat to heroin. Nice try. People have been eating bread since before the Romans. Also, plain “white” bread is WAY more processed than wheat bread, in fact all bread is generally considered unhealthy for you, not sure why wheat is being singled out here. Why are all these fad diets like the one cited from Dr. Virgin and the “paleo” diet so popular? Probably because they promise easy results by cutting out just specific foods. No one person’s dietary needs are the same. I await the day some one comes forward and says: “eat what works for you!” But then again, I like breathing too much to hold my breath for that long.