Top Posts
24 Things That Will Make You Laugh (Even...
How To Deal With Bitter People
Having Family Problems? Here’s How To Fix Them
20 Easy Ways to Protect the Environment and...
5 Surprising Benefits of Training Your Glutes
5 Reasons Warm Weather is Good For Your...
8 Ways To Have A Super Relaxing Weekend
The Importance Of Being Grateful
QUIZ: What Workout Are You?
7 Healing Foods That Boost Metabolism
You are Here: Inspiyr > DO GOOD > Surprising Facts About Bottled Water

Drinking water, which was once viewed as simply a human necessity, has transformed into a very profitable commodity. With a cute advertisement and a colorful label, bottled water companies convince shoppers to purchase something that, in a developed country, can easily be found almost anywhere for free.

But bottled water isn’t just a waste of money; it’s a waste of resources too, pumping out plastic pollutants and, in some cases, stealing water from needy 3rd-world countries. Studies have shown that, despite their labels’ boasts of being purified and mineral-enriched, bottled water isn’t that healthy or pure – in fact, it may be less healthy than regular tap water, with chemical additives, bacteria, and even fertilizer runoff. 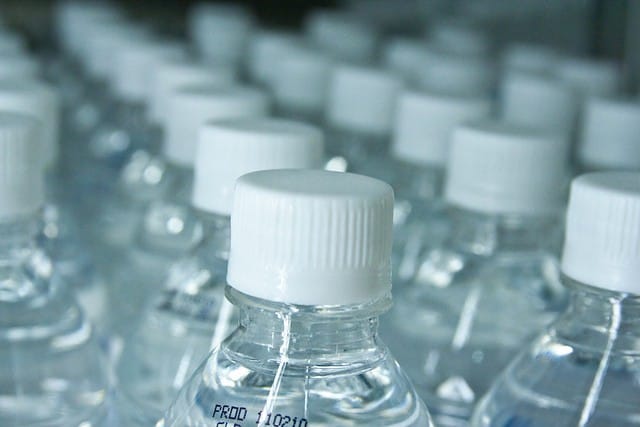 On average, bottled water costs about $3.79 per gallon – close to the average cost of gasoline. Municipal water, meanwhile, costs less than one cent per gallon. At a time when people are choosing soda, energy drinks, and other unnatural alternatives in greater numbers, it may seem refreshing to know that bottled water still takes a big cut of the beverage market. But with water being so easily and cheaply available, it’s hardly fair to expect health-conscious consumers to pay a 2000% mark-up on a product which they use every day.

What’s so special about bottled water to justify such a massive price hike? Once the cost of shipping, advertising, and employee salaries is taken out of the equation, bottled water companies still need to pay for packaging. According to American Water, although plastic water bottles are recyclable, 38 billion of them are thrown out each year – that’s 85% of all the plastic water bottles in the US, more than even the most committed recycling program can handle.

These bottles take up to 1000 years to biodegrade, are an unattractive nuisance, and could be potentially harmful to wildlife. That’s not to mention the fact that roughly 54 million barrels of oil are used every year to manufacture these bottles – oil which you surely would rather have had in your car.

So, is bottled water any safer than tap? Municipal drinking water is subject to a number of safety standards – like minimum levels of poisons and carcinogens – that are enforced by the EPA; the water is tested for up to 100 different contaminants and is regularly sent for lab analysis. Nestle, Wal-Mart, Coca-Cola, and bottled water manufacturers, meanwhile, run their products by the FDA, which isn’t nearly as discriminating.

On the rare occasions where the water isn’t just taken from a municipal source –when it isn’t just pricier tap water – it may contain carcinogenic chemicals like bromodichloromethane in the packaging or in the water itself. Bottled water is also heavily treated with disinfectants, which can react with other chemicals to form byproducts called trihalomethanes, leading to cancer and birth defects.

When bottled water isn’t taken from the tap, it comes from the company reserves – which aren’t atop a glacier, as the label might suggest. Bottled water companies often buy the rights to ponds, lakes, rivers, and springs, damming and diverting the flow of water to suit their needs. This is an especially common practice in impoverished & undeveloped countries, where land can be purchased for much less and public health & safety standards tend to be lower. Obviously, shipping water in bulk from one country to another has serious ecological consequences – it can harm plants and animals, make the land infertile, and even contribute to human death & dehydration.

Bottled water is big business, and without quick action, the day might come when all of our drinking water is given a dollar value. But luckily, the concerned consumer has some options at his disposal. If you purchase bottled water because you dislike the taste of tap, try using a water filter, and an eco-friendly bottle when you’re on the go.

And if you have serious concerns about the quality and safety of your local tap water, contact your city officials as soon as possible – don’t try to sidestep the problem with bottled water. You can start the fight against the global bottled water scam at home, today – it’s as simple as turning on a faucet.

Benefits and Risks of a Gluten-Free Diet

5 Ways To Show Your Gratitude Towards Medical...

I “had” h. pylori bacteria… a gastrointestinal disorder. Supposedly I am cured. Although, I have gastrointestinal pain every day. “They” say they are are not sure what causes h. pylori bacteria, but think that sharing a glass of water with someone may cause it. That is pretty specific, especially since I do not share water with anyone. And, why not other drinks or food? Or, contaminated ice from a restaurant? And, why is it only from sharing it with someone? However, I don’t like taking chances with water after contracting that disease. I live in a town that is ranked 10th in the nation for dirtiest water. This is in a major seemingly “clean” city where you would think this would not be a problem. But, there are times when I come home from work and turn on the faucet and the water sprays out some disgusting black liquid. I have to run the water for a while for it to go away. So, I ask you… bottled water or tap water?

if you don’t want to take pills , eat jalapeno making sure to ingest the white flesh and the seeds, it helps kill the kill any remaining h pylori spores that hide in the folds of your stomach lining. Once you become accustom to eating them , eat 2 to 3 times a week like you would eat an apple. Your safest bet is a good RO water filtration system for your drinking water . If you can afford to it add a UV and a water mineralization cartridge.

finally the higher your stress level the more acidic your body is, promoting bacterial growth. Eat less live longer, as you are introducing less toxins in your body