Top Posts
24 Things That Will Make You Laugh (Even...
How To Deal With Bitter People
Having Family Problems? Here’s How To Fix Them
20 Easy Ways to Protect the Environment and...
5 Surprising Benefits of Training Your Glutes
5 Reasons Warm Weather is Good For Your...
8 Ways To Have A Super Relaxing Weekend
The Importance Of Being Grateful
QUIZ: What Workout Are You?
7 Healing Foods That Boost Metabolism
You are Here: Inspiyr > GET HAPPY > Take Charge: 4 Ways To Be Free Of Drama Once And For All

Take Charge: 4 Ways To Be Free Of Drama Once And For All

Are you locked in drama?

Do you have any relationships, professional or personal, that are filled with arguments and strife?

Follow these steps to be free of drama, for good. 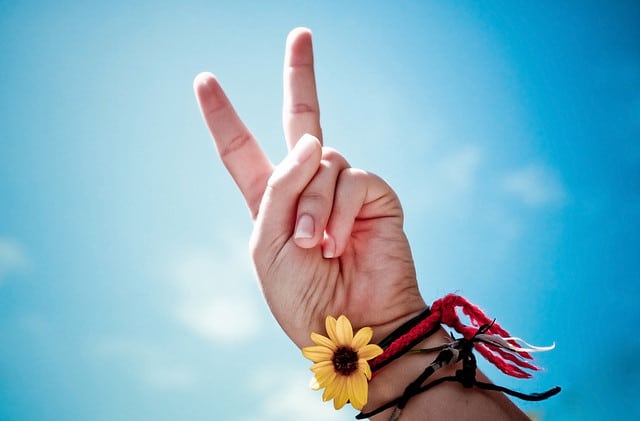 How To Live A Drama-Free Life

In my experience of coaching thousands of people over the years, I have found that those who have less drama keep about 90% of their agreements.

That’s because a common cause of relational drama is unclear agreements. An agreement is clear when everyone involved knows and agrees about who is going to do what by when. Sloppy agreements are unclear about the who, the what, or the when. For example:

Bill: “I thought you said you’d have the report to me by Friday.”
Mary: “No, we never said that. I thought I’d get it to you by the time I left for vacation.”

Dad: “I told you not to drive with more than one other person in the car.”
Teenager: “I thought you meant that for Friday and Saturday nights and not on the way to school.”

Check it out. Are all your agreements with other people clear? Are you agreed on who is going to do what by when?

If this lack of clarification is causing you drama in relationships, take the simple step of writing down all your agreements. Make sure every time you write one down, you and the other people agree about who will do what by when. That way, all is clear, helping you live your life free of drama.

Related: 7 Ways To Have Lasting Relationships

That doesn’t mean trying hard to keep the agreement, e.g. “I was late for lunch but I drove really fast to get here as close to on time as I could.”

It also doesn’t mean having an excuse for why you didn’t keep the agreement, e.g. “I would have met with you for lunch, but I really needed to do errands.”

Related: 5 Ways To Increase Your Willpower

Keeping an agreement means keeping the agreement, no matter what.

Great teams in the workplace don’t waste energy in drama based on broken agreements. They use the energy they used to waste in this way for creativity, innovation and collaboration.

If impeccable drama free agreement keepers keep 90% of their agreements, what happens the other 10% of the time?

They renegotiate. Renegotiation means that as soon as it is clear to you that keeping your agreement with someone is in jeopardy, you contact that person directly and reschedule.

“Hey Bill, I forgot was going to meet with Becky and let her know about the product change tomorrow, which might make me a little late for lunch. Could we bump the time we meet for lunch to 1:30 instead of 1:00?”

Related: The 7 C’s Of Happy Relationships

Broken agreements are a common cause of trust ruptures in relationships. Renegotiating agreements before they become broken limits the drama.

But remember, impeccable agreement keepers who live a life free of drama renegotiate less than 10% of all their agreements. If you’re rescheduling more than that, you’re probably not making the clear agreements that you really wanted to make in the first place.

Everyone makes a mistake and breaks an agreement every now and then. When you do, clean it up.

Related: The Power Of Forgiveness

“Honey, I made an agreement with you that I’d pay the mortgage by Tuesday at 5 and I didn’t do it. I take responsibility for not keeping my agreement. I want to own that and see if there is anything I can do to restore any trust with you that might have been broken.”

Notice no explanation, justification, or rationalization – just ownership. When I clean up a broken agreement, I stay with the person or persons with whom I broke the agreement until they have fully expressed their thoughts and feelings and we have a plan to restore trust. 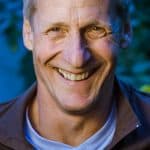 Jim Dethmer has been devoted to the practice of conscious leadership for 45 years. He has spoken to tens of thousands of people about how to lead and live from consciousness. He has coached Fortune 500 CEOs and worked with over 200 organizations led by entrepreneurs and professional managers across all industries. When Jim is not working with clients, you’ll often find him at his soul’s home in Northern Michigan playing golf with his wife Debbie and delighting in their six children and three grandchildren.

How to Make Healthy, All-Natural Cleaners for Your Home

4 Questions That Brought An Entire High School To Its Knees