Top Posts
24 Things That Will Make You Laugh (Even...
How To Deal With Bitter People
Having Family Problems? Here’s How To Fix Them
20 Easy Ways to Protect the Environment and...
5 Surprising Benefits of Training Your Glutes
5 Reasons Warm Weather is Good For Your...
8 Ways To Have A Super Relaxing Weekend
The Importance Of Being Grateful
QUIZ: What Workout Are You?
7 Healing Foods That Boost Metabolism
You are Here: Inspiyr > GET MOTIVATED > 4 Questions That Brought An Entire High School To Its Knees

4 Questions That Brought An Entire High School To Its Knees

Chad was a high school senior in Salt Lake City, Utah, and the captain of the basketball team. The night before a big game, the entire team came to Chad’s house for dinner.

At one point in the evening, the conversation turned to a girl at school. But not just any girl. It was a very special girl we’ll call Jenny.

And the things they had to say about her were, to say the least, unkind. What’s more, the instigator of those unkind words was the captain of the team, Chad Hymas. 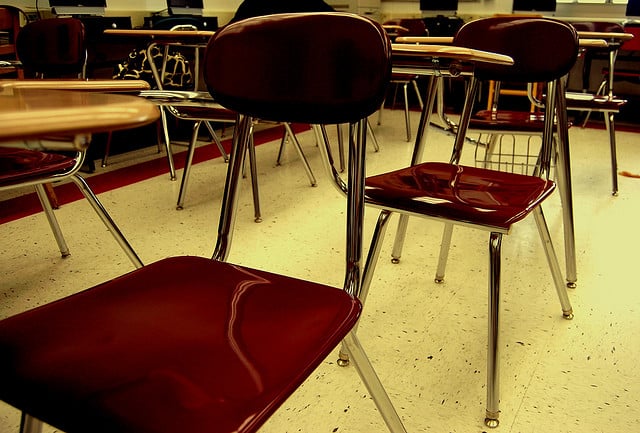 Jenny was a very smart young lady. She had a lovely smile that she always wore and long dark hair. But she also had a number of visible disabilities.

Jenny was confined to a wheelchair and was blind in both eyes. She was missing one arm, and her other arm and hand had limited functionality. When she ate, she wore a pink bib to protect her clothes from the inevitable spill. She also had difficulty with speech, so she carried a computer with her that could speak for her when she typed out words on an oversized and simplified keyboard.

A few minutes later, Chad’s father knocked on the door and walked in. “I cannot believe what I’ve heard for the last twenty minutes,” he said. “But it’s not your fault. I’m mostly disappointed in your captain.”

After considering that for a few seconds, he continued, “Actually, it’s not even my son’s fault. It’s my fault. I raised him. I owe you all an apology.” And without saying another word, he left the room.

The Next Day At School…

The team mostly wanted to pretend the night before had never happened, which they were having some degree of success with…until Chad’s father unexpectedly walked into the school cafeteria.

Related: 5 Ways You Can Be A Healthy Family (While Still Having Fun!)

“I’m here to teach you how to stand up,” he said. “And I need you and the team to follow me right now and take me to Jenny.” Tentatively, the whole table of boys stood up. Chad pointed to the lonely table in the middle of the room where Jenny was eating lunch by herself.

As Chad described to me what happened next, he said, “Dad went over and gently touched her arm to announce their presence. Jenny started to shake. But it was clear she wasn’t shaking out of fear. She was actually nervous with excitement that someone – anyone – wanted to be next to her and to talk to her.”

Chad’s father introduced himself and the team to Jenny, then started asking questions so everyone could get to know her better. It took half an hour for her to answer only four questions, but it was worth the time.

Because the questions he asked, and the answers she gave, taught them more than they could have imagined.

The Four Questions That Brought A High School To Its Knees

Jenny responded, “My mother, Stacy.” This teenaged girl had to count her mother as her best friend, which spoke volumes about her social life at school.

2. The second question was, “What does your dad do for a living?”

Jenny’s chillingly simple response: “I don’t know who my father is.”

3. The third question he asked was, “How long have you been in a wheelchair?”

Jenny answered, “My . . . whole . . .  life.” For a group of boys who spend every day running and jumping up and down on a basketball court, this was a sobering answer.

But even that paled in comparison to the last question’s answer.

Jenny responded, “I like listening to the girls cheer at the basketball games.”

What Jenny loves to do the most is listen to the girls cheering for the very boys who the night before had said such awful things about her.

Related: 3 Keys To Success: A Cheat Sheet For Achieving Your Dreams

A Change In Perspective

Over the next week, the talk in the school rightfully centered on Jenny: who she was as a person, and how everyone treated her. Jenny was elected captain of the cheerleading squad. She was outfitted with a skirt, joined the rest of the girls courtside, and learned to twirl circles in her wheelchair.

As the captain, it was Jenny’s job to call each and every one of the cheers the girls performed.

Her story made the local news, which was quickly picked up in syndication and reprinted in newspapers across the country. Soon people that usually didn’t come to basketball games were showing up, but not to watch the game. They came to watch Jenny.

For the rest of her high school career, Jenny still sat at the same table for lunch. But it was no longer empty. “They couldn’t make a table big enough for everyone that wanted to sit with Jenny after that,” Chad said.

Looking back, Kelly Hymas could have responded to what he heard downstairs that night any number of ways. He could have just let it slide, thinking it’s just how teenage boys are. Or he could have quietly confronted Chad when the evening was over and the team was gone.

The following day, I’m sure he had other things he needed to be doing in the middle of the workday.

But in both cases, he took the time and the risk to make a point to his son in a way he will never forget.

Would you do the same?

Take Charge: 4 Ways To Be Free Of Drama Once And For All

53 Surprising Ways To Get Rid Of Belly Fat