Top Posts
24 Things That Will Make You Laugh (Even...
How To Deal With Bitter People
Having Family Problems? Here’s How To Fix Them
20 Easy Ways to Protect the Environment and...
5 Surprising Benefits of Training Your Glutes
5 Reasons Warm Weather is Good For Your...
8 Ways To Have A Super Relaxing Weekend
The Importance Of Being Grateful
QUIZ: What Workout Are You?
7 Healing Foods That Boost Metabolism
You are Here: Inspiyr > GET MOTIVATED > 5 Ways to Increase Your Willpower

Everyone’s seen those ads by Nike telling you to go out and “just do it.”

But that’s not so easy for everyone. If you have low willpower, it can be hard to get yourself to just go work out or get that project done.

But what is willpower? The American Psychological Association (APA) defines willpower as “a basic ability to delay gratification.” Sometimes, just laying on the couch seems like a much more pleasing option, because you’re feeling unable to delay the gratification of relaxing until later.

If you find yourself nodding in agreement, you’re not alone. APA’s annual Stress in America Survey shows that participants regularly cite lack of willpower as the top reason for not following through with their goals and lifestyle changes.

Luckily, according to the APA, research suggests that willpower is something that can be learned and increased. 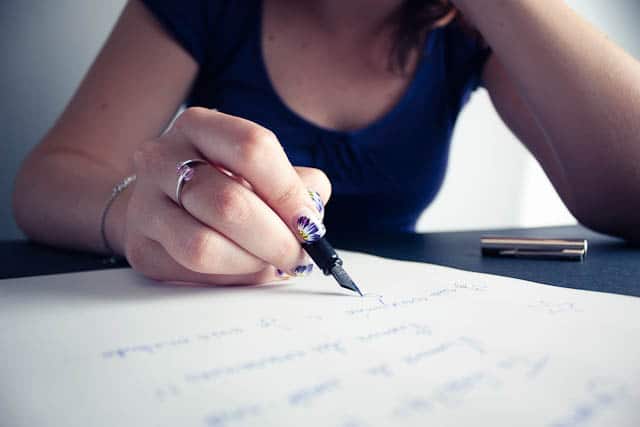 40 years ago, Walter Mischel, Ph.D. conducted an experiment on preschoolers by presenting each participant with a marshmallow. Mischel and his colleagues then explained to the preschooler that they were going to leave and that the participant could either enjoy the marshmallow now—but only one—or wait a few minutes until they returned and enjoy two marshmallows.

Amazingly, the researchers discovered that four decades later, the differences in the subjects’ willpower had essentially held up over time.

Related: 4 Ways to Learn Self Control

This means that willpower is somewhat a personality trait—but it can also be changed.

Willpower can be explained through a “hot-and-cool” system. The hot system is the quick, instinctive reactions—i.e. just popping the first marshmallow into your mouth. The cool system, on the other hand, is the cognitive component that helps you think about the logistics and realize that you should simply wait for the second marshmallow. Those with stronger willpower have a stronger “cooling” system, while those with weaker willpower are more likely to give in to the “hot” reactions.

Related: 6 Foods and Drinks to Help Improve Your Memory

However, it’s possible to strengthen your “cooling” system to increase your willpower.

Ways to Increase Your Willpower

According to a study published in the Journal of Personality and Social Psychology, research suggests that willpower is best explained in terms of a strength model – that is, you’re more likely to have stronger willpower if you’re feeling energetic rather than if you feel fatigued or burnt out. Keep yourself energized by getting a good night’s rest, eating healthy, and working out to strengthen your willpower.

Related: 7 Ways to Have More Energy All Day

The strength model theory can also explain why crash diets don’t work. If you completely cut out everything unhealthy for a week without allowing yourself any leeway, it’s more tempting to binge when you’re finished and then gain it all back. This also can apply to working out for hours 7 days a week, or constantly working for days without having a moment of relaxation.

You’re not strengthening your willpower—you’re actually weakening it by fatiguing yourself and burning yourself out. Treat yourself occasionally and keep your spirits up.

Related: 10 Ways to Recharge Your Mind, Body, and Spirit

3. Do it for your own reasons

Ever notice that it’s way harder to get yourself to do something if you feel pressured to do it by somebody else? There’s a reason for that. According to a study published by researchers Mark Muraven, Marylène Gagné, and Heather Rosman, the reason why you’re exerting willpower may influence you.

If you feel pressured to exert willpower because of outside sources, it will be more difficult to do than if you are exerting willpower independently. That is, if you are dieting because someone else wants you to, it will be much harder to find the willpower than it will if you want to for yourself. Do it because you feel passionate about it, and it will be easier to find willpower.

Related: 5 Ways to Invest In Yourself

4. Do what makes you happy

Ever notice that you feel ready to take on the world when you’re in a good mood? Being in low spirits can contribute to your low willpower. According to a study published in the Journal of Experimental Social Psychology, participants who watched a humorous video or received an unexpected gift had higher willpower and performed on subsequent tasks than those who did not. If you’re in a good mood, you’ll get a boost in willpower!

5. Look at pictures of puppies

Yep, you read that right. One study published in the Journal of Consumer Research found that looking at cute pictures associated with babies or baby animals can actually improve your willpower while looking at “whimsical” cuteness (i.e. alpacas with funny hairdos) can decrease it.

If you’re not feeling like fulfilling your responsibilities for the day, we just gave you a great excuse to look up some good GIFS of puppies being adorable.

Taking Nike’s advice and “just doing it” can be easier said than done. However, though the strength of willpower is partially a trait, it can also be increased on your own. By staying energized, treating yourself occasionally, doing it for your own reasons, and keeping your blood sugar up, you can have enough willpower to get your entire to-do list done and more!

This Best-Selling Author Was Once a No-Name Writer

7 Questions and Tips for Building Relationships