Top Posts
24 Things That Will Make You Laugh (Even...
How To Deal With Bitter People
Having Family Problems? Here’s How To Fix Them
20 Easy Ways to Protect the Environment and...
5 Surprising Benefits of Training Your Glutes
5 Reasons Warm Weather is Good For Your...
8 Ways To Have A Super Relaxing Weekend
The Importance Of Being Grateful
QUIZ: What Workout Are You?
7 Healing Foods That Boost Metabolism
You are Here: Inspiyr > GET HEALTHY > 6 Foods To Help You Quit Smoking

6 Foods To Help You Quit Smoking

If you want to quit smoking but find that you have a difficult time doing so, these foods can help to reduce withdrawals and quit the habit for good. 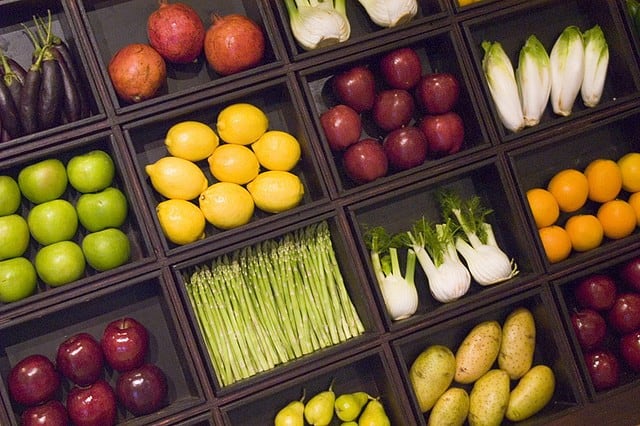 Researchers at the University of Buffalo found that participants who consumed more fruits and vegetables had an easier time combating their addiction, as well as having a reduced occurrence of cravings. In some cases, participants reported that consuming fruits and vegetables caused an alteration to the cigarette’s flavor, making it “taste worse” and therefore further decreasing their desire to smoke.

The study hypothesized that the consumption of fruits and vegetables fulfilled a nutritional requirement that was overriding the participant’s supposed nicotine addiction. Thus those participants that were deprived of both nicotine and the nutritional value of these fruits and vegetables suffered greater withdrawals and therefore had a harder time trying not to regress and give in to their body’s desire for a cigarette.

“The UB study found that smokers who consumed the most fruit and vegetables were three times more likely to be tobacco-free for at least 30 days at follow-up 14 months later than those consuming the lowest amount of fruits and vegetables. These findings persisted even when adjustments were made to take into account age, gender, race/ethnicity, education, household income, and health orientation.

They also found that smokers with higher fruit and vegetable consumption smoked fewer cigarettes per day, waited longer to smoke their first cigarette of the day, and scored lower on a common test of nicotine dependence.

A good diet is always key to maintaining personal health, but knowing that fruits and vegetables can quell the cravings of hopeful smoking quitters is an added bonus.

Certain foods and drinks actually change the taste of cigarettes and can make them taste worse to smokers. One of the top drinks was actually milk.  Researchers tried a variety of drinks and found that drinking milk made cigarettes taste worse and most smokers said that it gave their cigarettes a bitter aftertaste. Milk and dairy products may deter smokers when faced with cravings for cigarettes.

Ginseng is known for restoring balance in the body. Research suggests that ginseng could be therapeutic for nicotine addiction because it may weaken the effect of dopamine. Dopamine is a neurotransmitter in the brain associated with pleasure, which is released when smoking. Ginseng helps rid the body of toxins and may reduce withdrawal symptoms. Taking a ginseng supplement or drinking ginseng tea may reduce the craving for smoking and the enjoyment derived from smoking.

Research indicates that chewing gum reduces craving and helps with withdrawal symptoms when a nicotine-dependent person is unable to smoke. Mint and gum can also satisfy the mouth stimulation that smoking provides as well.

Certain foods can increase cravings and withdrawal symptoms as well. Knowing what to avoid consuming when trying to quit smoking will help, too.

Foods and drinks that have been shown to enhance the taste of cigarettes and trigger a craving to smoke include the following;