Top Posts
24 Things That Will Make You Laugh (Even...
How To Deal With Bitter People
Having Family Problems? Here’s How To Fix Them
20 Easy Ways to Protect the Environment and...
5 Surprising Benefits of Training Your Glutes
5 Reasons Warm Weather is Good For Your...
8 Ways To Have A Super Relaxing Weekend
The Importance Of Being Grateful
QUIZ: What Workout Are You?
7 Healing Foods That Boost Metabolism
You are Here: Inspiyr > INTERESTING > Is Red Wine Good or Bad For You?

Is Red Wine Good or Bad For You?

Looking for a way to unwind after a long day at work? Prior research has shown that drinking a glass of red wine daily may be good for your health, but now there are some who put that research into question. So what’s the truth? 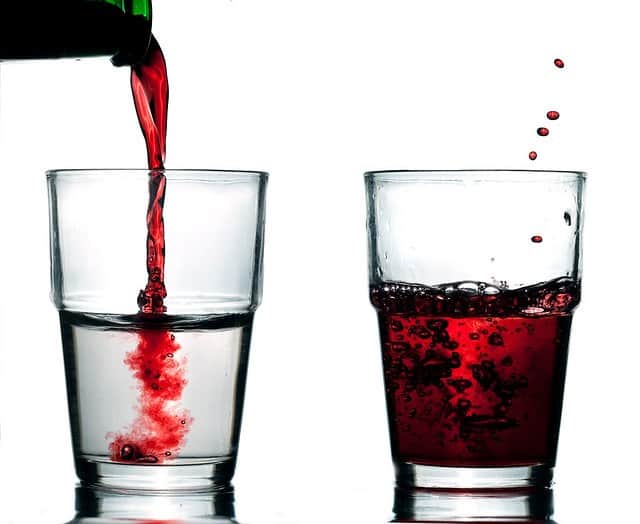 A compound in red wine called resveratrol was previously linked with many health benefits. Studies have shown that it increases an animal’s lifespan, lowers cholesterol, and has anti-inflammatory properties. In addition, this same compound supposedly has a brain and heart health benefits. Other research has shown that it protects against Alzheimer’s disease and dementia, reduces the risk of heart and cardiovascular disease, and may help regulate the colon.

“A new Spanish study suggests that sipping about 9 ounces of Merlot or a low-alcohol red wine changed the mix of good and bad bacteria typically found in the colon in ways that can benefit your health. Bacteria may sound like a bad thing to have in your intestinal tract, but having a balanced mix of them actually helps to digest food, regulate immune function, and produce vitamin K (which plays a key role in helping the blood clot).”

Not only did it help protect against disease, but the wine was shown to be beneficial in the fight against obesity by helping wine drinkers maintain a consistent weight.

“Studies find that people who drink wine daily have lower body mass than those who indulge occasionally; moderate wine drinkers have narrower waists and less abdominal fat than people who drink liquor. Alcohol may encourage your body to burn extra calories for as long as 90 minutes after you down a glass. Beer seems to have a similar effect.”

Some people, however, are not convinced of the health powers of red wine. And after the reports of falsified data and fabrication in some of the studies, they may have a good reason.

“An extensive misconduct investigation that took three years to complete and produced a 60,000-page report, concludes that a researcher who has come to prominence in recent years for his investigations into the beneficial properties of resveratrol, a compound found in red wine, “is guilty of 145 counts of fabrication and falsification of data”.”

In addition to falsified data, there are also studies that show the potential risks of red wine consumption. So is red wine actually helping you or is it putting you at risk for other health problems?

“In a study of middle-aged women in the United Kingdom, researchers found that even moderate consumption of wine and other alcoholic beverages significantly increased a woman’s risk of developing some cancers. Increasing levels of alcohol consumption have been associated with increased risks of developing oral cancers, throat cancer, esophageal cancer, cancer of the rectum, liver cancer, and breast cancer.”

When it comes to drinking alcohol, it is all about moderation. For some people, drinking red wine or any alcoholic beverage, for that matter, can lead to alcoholism. Excessive alcohol consumption can be harmful to the body in other ways as well.

“While moderate alcohol consumption has been shown to protect your heart health, drinking three or more drinks per day has been shown to raise your triglyceride levels and increase your risk of high blood pressure, stroke, and heart disease.”

For years, red wine has been credited with health benefits from anti-aging powers to protecting against heart disease. Recently, however, some of this research has come into question. Scientists are now questioning the actual powers of red wine. Some say red wine is just a lot of hype while others swear by it. So where do you stand?

How Does Your Personality Impact Your Health?