Top Posts
24 Things That Will Make You Laugh (Even...
How To Deal With Bitter People
Having Family Problems? Here’s How To Fix Them
20 Easy Ways to Protect the Environment and...
5 Surprising Benefits of Training Your Glutes
5 Reasons Warm Weather is Good For Your...
8 Ways To Have A Super Relaxing Weekend
The Importance Of Being Grateful
QUIZ: What Workout Are You?
7 Healing Foods That Boost Metabolism
You are Here: Inspiyr > INTERESTING > Why You Should Skip the Sports Drinks

Why You Should Skip the Sports Drinks

Researchers now believe that so-called performance enhancing drinks may do more harm than good. That’s right, all those drinks that promise to give you energy and keep you going have little evidence to back up their claims. UK scientists believe that these drinks may cause more harm to the body due to their high caloric count, similar to juice drinks and soda. 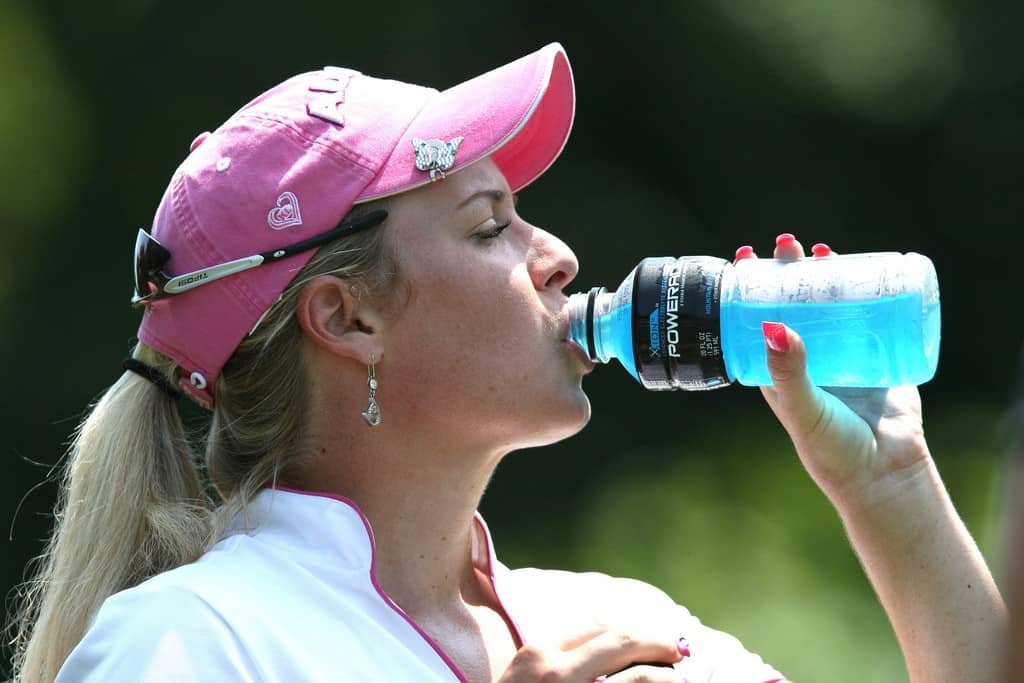 The study which was conducted at the Oxford Centre for Evidence Based Medicine in the UK, examined the science behind the marketing. The researchers viewed 1035 web pages and identified 431 performance-enhancing claims for 104 different products. Of the 104 products, they found that more than half made claims without providing any evidence to prove them. The researchers also stated that of the products that do provide “proof”, half of the evidence is not suitable for critical appraisal. According to the research published in BMJ Open, about 84% of the critically appraised studies were believed to be at high risk of bias.

Another issue with many of the performance enhancing claims is that drinks companies study elite athletes. While they may be helpful for these professional athletes, there is very little research into the effects on ordinary gym goers.

So until more research is done into the effects of sports drinks on ordinary people, you may want to ditch the calories and keep the hydration by sticking to water.

Another Problem with Soy Milk That Could Be Harming Your Smile

Knees Popping? Here’s How to Prevent (and Treat) Osteoarthritis

Evidently, the only reason any regular person goes to the gym is to lose weight… Word to the wise, if you’re trying to lose weight the only time it’s good to drink simple carb-based drinks like these is at the end of a workout and even then you have to keep your daily calories in check or else risk undoing your progress. If, however, you are working out for muscle gains, drinks like these can help you find additional reps and more energy towards the end of your workout. And when you’re already eating 3000 cal a day to build mass, the extra calories here aren’t such a big deal.