Top Posts
24 Things That Will Make You Laugh (Even...
How To Deal With Bitter People
Having Family Problems? Here’s How To Fix Them
20 Easy Ways to Protect the Environment and...
5 Surprising Benefits of Training Your Glutes
5 Reasons Warm Weather is Good For Your...
8 Ways To Have A Super Relaxing Weekend
The Importance Of Being Grateful
QUIZ: What Workout Are You?
7 Healing Foods That Boost Metabolism
You are Here: Inspiyr > GET SUCCESS > The Only 4 Answers Your Boss Wants To Hear

The Only 4 Answers Your Boss Wants To Hear

At the U.S. Military Academy in West Point, New York, Bob learned quickly there were only four acceptable responses when addressed by a superior officer: “Yes, sir”; “No, sir”; “I don’t understand, sir”; and “No excuse, sir.”

As Bob explains it, “Imagine I’ve shined my shoes, my trousers are pressed, and I go out to formation. While in line, one of my classmates rushes past and steps in a puddle, splashing mud all over my shoes and trousers. Then an upperclassman walks by and notices. ‘McDonald! Why are you in formation with mud all over your shoes and trousers?’ 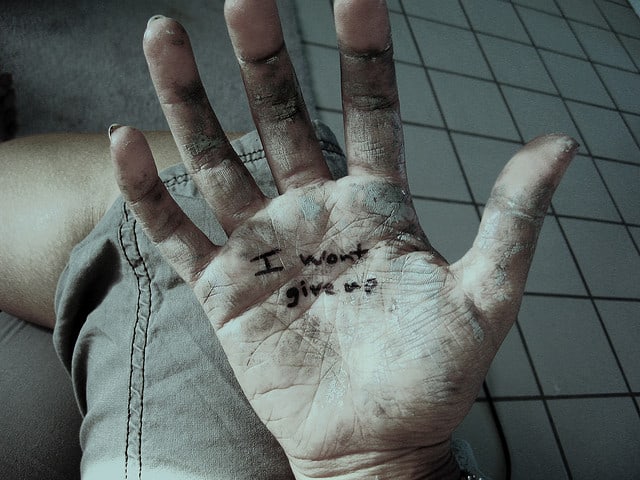 “As a West Point cadet, I go through all four possible answers in my head. ‘Yes, sir’ would just restate the obvious, so that doesn’t seem appropriate. And it would probably get me yelled at even more. I couldn’t say ‘No, sir’ because it was clearly true. I’d get thrown out of the academy for lying. ‘I don’t understand, sir’ would just make me look foolish. The only answer I had left was the fourth one, and it’s the most powerful one of all—‘No excuse, sir.’”

“Even though something happened to me that was outside my control, I wasn’t supposed to make any excuses. I was supposed to say, ‘No excuse, sir. It won’t happen again.’ That’s how a West Point cadet takes responsibility, which is an important part of character.”

The Power Of The Four Answers

Bob was reminded of the power of that lesson 13 years later, when he and his wife, Diane, were discussing what to do about their six-year-old, Jenny.

Related: Family Fitness: 6 Ways To Get In Shape With Your Kids

After repeatedly telling Jenny to clean up her room, they found it hadn’t been done. It was a mess. Being thoughtful parents, they consulted one of the many parenting books on their shelves for advice on how to reprimand a child for an infraction like this.

They discussed their options and even scripted out the conversation they would have with Jenny. With script in hand, they went and found Jenny in her room. But before they could even get to the second sentence of the prepared speech, Jenny looked up at them and, with the seriousness of a West Point cadet, said, “No excuse, Dad. It won’t happen again.”

Bob and Diane were completely dumbstruck. They stood there in awkward silence, trying to figure out what to say next.

Their script was completely useless now. With seven simple words, Jenny had acknowledged the state of her room, taken responsibility for it, and promised to not let it happen again.

Everything their lengthy script was supposed to help them accomplish was already done. There was nothing left to say. They kissed their little girl on the cheek and left her to play in her room.

Related: How To Raise Happy Kids

Why Your Boss Only Wants To Hear These Four Answers

As the head of large organizations, it was his job to get everyone on the same page and committed to the same goals. Truly committing to a goal means that if it isn’t met, you take responsibility for it and promise to get it done.

The “No excuse, sir” response is a clear indication of commitment and responsibility. It works as well in the business world as it does in a military academy or in parenting a six-year-old.

And it works for the boss just as much as it does for the subordinate. When the boss hears “No excuse, sir”—however it’s articulated—she can be certain her subordinate is taking responsibility and is still committed to the goal.

For the direct report, the disarming “No excuse” response spares him a lengthy reprimand from the boss, just like it spared Jenny.

Try sharing this story in your organization. You’ll be surprised at the level of commitment you’ll generate.

Paul Smith is the bestselling author of Lead with a Story: A Guide to Crafting Business Narratives that Captivate, Convince, and Inspire which documents over 100 inspiring lessons including this one to help you be a better leader through storytelling. You can find Paul at www.leadwithastory.com and follow him on Facebook, LinkedIn, and Twitter.  His newest book, Parenting with a Story, will help you (and your kids) build the kind of character anyone would be proud of.