Top Posts
24 Things That Will Make You Laugh (Even...
How To Deal With Bitter People
Having Family Problems? Here’s How To Fix Them
20 Easy Ways to Protect the Environment and...
5 Surprising Benefits of Training Your Glutes
5 Reasons Warm Weather is Good For Your...
8 Ways To Have A Super Relaxing Weekend
The Importance Of Being Grateful
QUIZ: What Workout Are You?
7 Healing Foods That Boost Metabolism
You are Here: Inspiyr > GET SUCCESS > Success and Failure: What’s the Difference?

Success and Failure: What’s the Difference?

What’s the difference between success and failure?

Lots of people may think there’s a world of difference between the two. But the reality is that they’re much closer than you think.

That’s because, in order to succeed big, you need to risk failing big. And often, you need to fail over and over again if you want to get the success you really deserve.

Just think about some of the world’s most successful people. 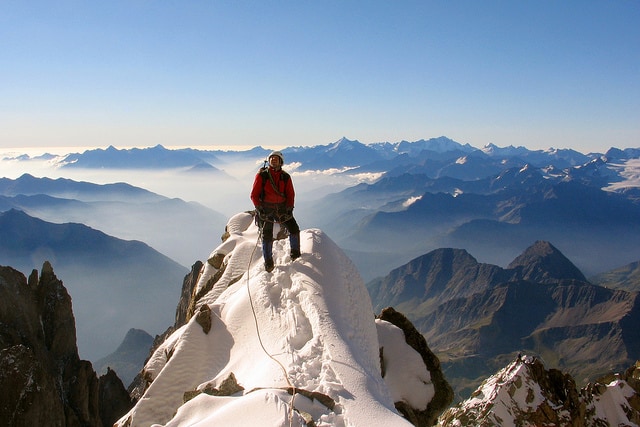 J.K. Rowling, one of the world’s most successful writers and creators of the Harry Potter series, considered suicide in her early 20’s.

Walt Disney, one of the world’s most creative and unique talents, saw his first big project – Laugh-O-Gram Studio – go bankrupt in 1923, long before he launched his media & entertainment empire.

Elvis Presley, the “King of Rock and Roll”, was told by Jim Denny, manager of the Grand Old Oprey, after one potentially career-changing gig “You ain’t goin’ nowhere, son. You ought to go back to drivin’ a truck.”

So what does this tell us about success and failure? A few things.

5 Things to Learn From Success and Failure

Elvis, Walt Disney, J.K. Rowling, and countless other successful people have failed over and over again. What’s the difference between them, and people who fail once and give up? To name a few – fame, fortune, and living a life true to their passion.

2. Failure is just life’s way of giving you feedback

I once heard someone say that failure is just a form of feedback, nothing more, nothing less. Those words rocked my world. I realized when I heard them that if you can treat life as a big experiment with the goal to learn as much as possible as fast as you can, so you can get to your success-formula faster, you’ll be better off than you would have been had you taken the “safe” road.

If you’ve been knocked down in life before, then you know that man’s biggest successes come not from avoiding catastrophe, but instead by facing obstacles head-on, falling down every now and again, getting back up, and dusting himself off to continue the fight.

Hey, if there weren’t any challenges on the road to success, it would be easy, and everybody would get what they want. What fun would that be?

4. Learn from your mistakes

I’ll use the word “mistakes” lightly here. After all, if you learn something from a mistake, then that’s not really a mistake, instead, it’s valuable feedback. The important thing to do is to take that feedback as a learning opportunity so you can move closer to success every day.

You remember the story about the tortoise and the hare, right? Some people called the tortoise stubborn, slow, and even boring. But guess what? With each slippery, slow, methodical step he took, he got closer to his goal. Meanwhile, the rabbit was taking a nap…losing the proverbial fight to the persistent tortoise.

Related: How to Overcome Limiting Beliefs

So what does all of this mean?

As you work toward achieving any of your goals – whether it’s to get healthier and lose some unwanted fat, or start a new business, or become a better parent – know that failure is inevitable. As a matter of fact, it’s desired. You should relish it. Because in those moments of failure, you’ll have the choice to either continue on your current path, give up, or change course and plow ahead.

And that decision – time and time again – is what builds character. It’s what separates the weak from the strong. And it’s what can get you everything you want in life.

The difference between success and failure isn’t that big…it really starts with a simple decision, after your next misstep. The question is, what will your decision be?

7 Tips for Eating Healthy During the Holidays