Top Posts
24 Things That Will Make You Laugh (Even...
How To Deal With Bitter People
Having Family Problems? Here’s How To Fix Them
20 Easy Ways to Protect the Environment and...
5 Surprising Benefits of Training Your Glutes
5 Reasons Warm Weather is Good For Your...
8 Ways To Have A Super Relaxing Weekend
The Importance Of Being Grateful
QUIZ: What Workout Are You?
7 Healing Foods That Boost Metabolism
You are Here: Inspiyr > INSPIYR'D > 37 Leadership Quotes That Will Inspire You

37 Leadership Quotes That Will Inspire You

Character and personal force are the only investments that are worth anything.

Character is, in the long run, the decisive factor in the life of individuals and of nations alike.

Be more prompt to go to a friend in adversity than in prosperity.

When I do good, I feel good. When I do bad, I feel bad. That’s my religion.

You can easily judge the character of a man by how he treats those who can do nothing for him.

You can’t build a reputation on what you are going to do.

You do not wake up one morning a bad person. It happens by a thousand tiny surrenders of self-respect to self-interest.

Wisdom is knowing what to do next; virtue is doing it.

If your actions inspire others to dream more, learn more, do more and become more, you are a leader.

Not the cry, but the flight of a wild duck, leads the flock to fly and follow.

One does evil enough when one does nothing good.

Quality is not an act, it is a habit.

The only way of finding the limits of the possible is by going beyond them into the impossible.

The reputation of a thousand years may be determined by the conduct of one hour.

The right to do something does not mean that doing it is right. William Safire

The time is always right to do what is right.

To conquer oneself is the best and noblest victory; to be vanquished by one’s own nature is the worst and most ignoble defeat.

To know what is right and not do it is the worst cowardice.

To speak ill of others is a dishonest way of praising ourselves.

We first make our habits, and then our habits make us.

We make the world we live in and shape our own environment.

What lies behind us and what lies before us are tiny matters compared to what lies within us.

It is curious that physical courage should be so common in the world and moral courage so rare.

Live in such a way that you would not be ashamed to sell your parrot to the town gossip.

Nature magically suits a man to his fortunes, by making them the fruit of his character.

Nearly all men can stand adversity, but if you want to test a man’s character, give him power. 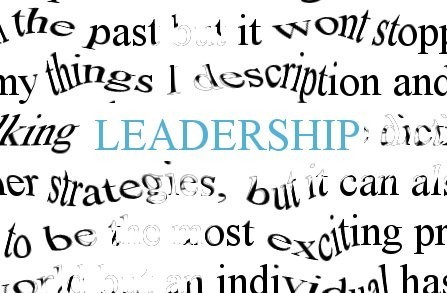 Never let your sense of morals prevent you from doing what’s right.

Take care that no one hates you justly.

Don’t try to be different. Just be good. To be good is different enough.

Every time I’ve done something that doesn’t feel right, it’s ended up not being right.

How to Save the Planet (With your Wallet)

Interview with CEO of Barnabas Clothing