Top Posts
24 Things That Will Make You Laugh (Even...
How To Deal With Bitter People
Having Family Problems? Here’s How To Fix Them
20 Easy Ways to Protect the Environment and...
5 Surprising Benefits of Training Your Glutes
5 Reasons Warm Weather is Good For Your...
8 Ways To Have A Super Relaxing Weekend
The Importance Of Being Grateful
QUIZ: What Workout Are You?
7 Healing Foods That Boost Metabolism
You are Here: Inspiyr > GET HAPPY > This Man Stood Up To Bigotry In A Way That Will Make You Laugh And Cheer At The Same Time

The importance of showing respect and tolerance for other people is an easy thing to say. But it’s a surprisingly difficult thing to do.

That’s because there’s often a formidable degree of pressure from our peers to do exactly the opposite.

In that sense, it often takes courage and creativity to show others the degree of respect they deserve. One person who learned that at a young age was Ed Tanguay. 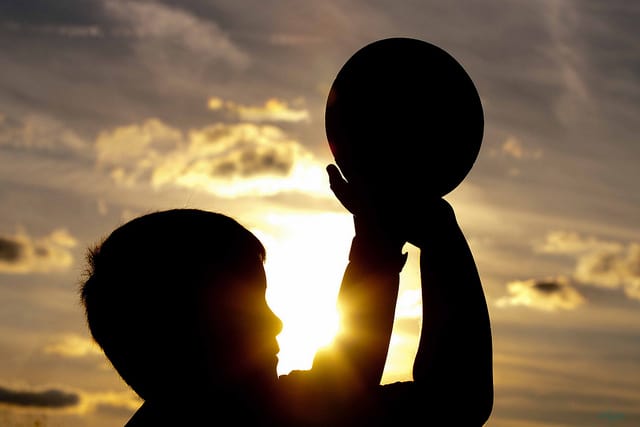 The Day Ed Will Never Forget

When Ed was a small boy growing up in Monument, Colorado, his older brother Mark visited their aunt and uncle, who were on assignment in the Peace Corps in the Marshall Islands, very close to the equator in the western Pacific Ocean.

Just prior to returning home, he called his parents to ask if he could bring home a guest for a while. He’d befriended a local boy named Torlick who had never been to the United States. His parents agreed, and both Mark and Torlick arrived home in Colorado a short time later.

Torlick liked to play basketball. One day, when Mark, his dad, and Torlick were playing basketball, a member of the Homeowners Association stopped and had a chat with Dad.

Related: How To Raise Happy Kids

Because he was a native of the Marshall Islands, Torlick’s skin was many shades darker than everyone else’s in this very Caucasian Colorado suburb. The man told him it was okay to have Torlick as a houseguest for a while. But if the boy wanted to play basketball, “it would be best if he didn’t do so between 5 and 6 p.m., when everyone would be driving by on their way home from work. We wouldn’t want anyone to get the wrong idea about this neighborhood,” the man explained.

Since he was still a young boy, Ed wasn’t privy to most of the conversation, just the part his father shared with him. What Ed does recall vividly, however, was that every day for the next few months, his father came home from work and yelled down the hallway, “Torlick! It’s five o’clock— time to play basketball!”

Everyone is aware of great civil rights leaders like Martin Luther King Jr. or Nelson Mandela or Gandhi. But you don’t have to be a larger-than-life civil rights hero to practice your own form of civil disobedience. Just take a page out of Mr. Tanguay’s playbook and do the right thing.

This story is part of a noble legacy he leaves behind that his children and their children will continue to share for generations.

What legacy will you leave?

Paul Smith is a bestselling author whose newest book, Parenting with a Story, documents 101 inspiring lessons like this one to help you (and your kids) build the kind of character anyone would be proud of. He’s a keynote speaker and trainer on leadership and storytelling based on his bestselling book Lead with a Story. You can ﬁnd Paul at www.leadwithastory.com and follow him on Facebook, LinkedIn, and Twitter.

Life Lessons: What 2014 Can Teach Us About Relationships, Fear, And Life

New Year, New You: How To Refresh And Renew Your Mind And Body In 2015