Top Posts
24 Things That Will Make You Laugh (Even...
How To Deal With Bitter People
Having Family Problems? Here’s How To Fix Them
20 Easy Ways to Protect the Environment and...
5 Surprising Benefits of Training Your Glutes
5 Reasons Warm Weather is Good For Your...
8 Ways To Have A Super Relaxing Weekend
The Importance Of Being Grateful
QUIZ: What Workout Are You?
7 Healing Foods That Boost Metabolism
You are Here: Inspiyr > GET HEALTHY > 5 Surprising Triggers That Can Cause a Heart Attack

Heart attacks may seem like they come out of the blue, but most don’t. We know that clogged arteries are the root of heart attacks, but there is usually something else that triggers them. Here are some common yet surprising heart attack triggers. 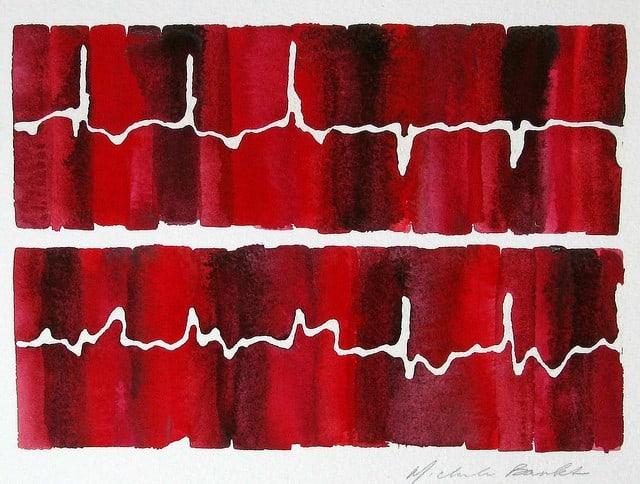 Commuters beware: It turns out that being exposed to traffic pollution can cause a higher risk of heart attack for up to six hours after the exposure.

This accounts for just over 6 percent of cases, but we’re not talking about the good kind of exertion that comes from exercise. Rather, people who are sedentary most of the time, and then suddenly engage in heavy-duty physical activity, are at higher risk.

“The risk is higher for those who are occasional exercisers compared to habitual exercisers,” says researcher Issa Dahabreh, MD, a research associate at the Center for Clinical Evidence Synthesis. So what can you do about it?  Well, the most important thing to avoid this trigger is to get in shape, and maintain it.

“Overall, the bottom line? For susceptible people who engage in vigorous activity — whether exercise or sex — ”yes, the transient risk of a catastrophic cardiac event increases during and immediately after that period,” Franklin says. However, when people are in good physical condition, ”the risk is essentially non-existent or very, very slightly increased.””

These drinks each contribute about 5% to the total risk of triggering a heart attack.

Heavy alcohol intake is thought to increase inflammation and interfere with your body’s ability to dissolve blood clots.

Coffee, on the other hand, seems to work in exactly the opposite way. Most studies linking coffee to heart disease have found that people who drink it less frequently are more prone to heart attacks than people who drink a lot of coffee.

According to studies, this activity increases your chance of heart attack by 2.2 percent. The horizontal activity seems to raise blood pressure and heart rates, triggering a cardiac event.

“Doctors have long known that physical activity can cause serious heart problems, but the new study helps to quantify that risk”, according to Issa Dahabreh of Tufts Medical Center in Boston, whose study appears in the Journal of the American Medical Association.

These findings do not apply to sudden cardiac death because there were no studies looking at the link between sex and cardiac death.”

The good news, according to a study in the Journal of the American Medical Association, is that regular exercise can keep you from succumbing to a sex-induced heart attack.

Related Article: How to Manage Stress without Alcohol or Drugs

Although your lifestyle and genetics can lead to an increased risk of heart disease, there are specific heart attack triggers to watch out for if you’re already high risk. Watch out for traffic pollution, spikes in exercise, coffee & alcohol, sex, and intense emotions if you want to keep your ticker ticking away for years to come.

Delaying Fatherhood May Have Benefits for your Kids

What Shoes Can Teach You About Someone’s Personality

Right , so ur telling us we can’t drink our two most favoured types of drink, we shouldn’t drive, should be a virgin, not to do exercise at high intensity and be a robot … I think I’d rather live my life and die at 50.

Nail on the Head! Love it! So right.