Top Posts
24 Things That Will Make You Laugh (Even...
How To Deal With Bitter People
Having Family Problems? Here’s How To Fix Them
20 Easy Ways to Protect the Environment and...
5 Surprising Benefits of Training Your Glutes
5 Reasons Warm Weather is Good For Your...
8 Ways To Have A Super Relaxing Weekend
The Importance Of Being Grateful
QUIZ: What Workout Are You?
7 Healing Foods That Boost Metabolism
You are Here: Inspiyr > INTERESTING > What Shoes Can Teach You About Someone’s Personality

What Shoes Can Teach You About Someone’s Personality

According to a study conducted at the University of Kansas, a person can apparently accurately judge another person’s character and habits by simply observing their footwear.

The shoe’s condition, style, perceived cost, and even their color can be determining factors in their owner’s personality. 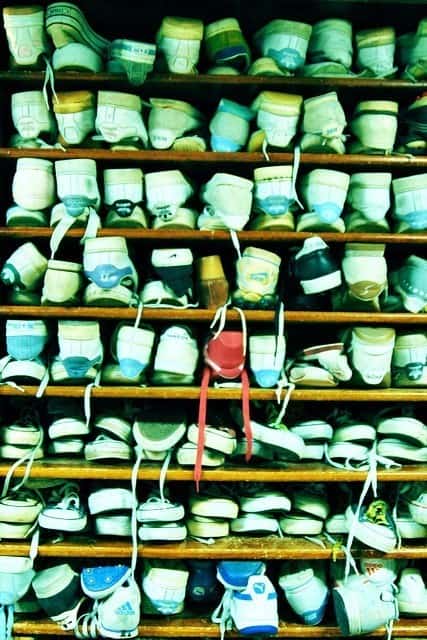 Around 200 volunteers had pictures of their shoes taken and submitted, along with a completed questionnaire that detailed aspects of their personal lives, traits, beliefs, choices, etc. Then the group of 63 students carefully examined the pictures of the shoes and were asked to guess the age, gender, personality, social status and anything else that would describe the person that owned the footwear.

The students’ guesses were almost 100% accurate, leading the research team to conclude that anyone can determine a lot about another person by simply observing thier shoes.

Some of the more general observations in the study include:

The report further stated that people who were most worried about their relationships, or people with “attachment anxiety” had well-kept shoes. This could be possibly because they are too concerned about what others think of them.

“Shoes convey a thin but useful slice of information about their wearers,” lead researcher Omri Gillith wrote. “Shoes serve a practical purpose, and also serve as nonverbal cues with symbolic messages. People tend to pay attention to the shoes they and others wear.”

“Shoes have great variety of styles, brands, looks, and functions. Because of this variety, shoes can carry individual difference information, but do they? We suggest that the answer is yes.”

6 Ways to Talk Your Way out of a Speeding Ticket