Top Posts
24 Things That Will Make You Laugh (Even...
How To Deal With Bitter People
Having Family Problems? Here’s How To Fix Them
20 Easy Ways to Protect the Environment and...
5 Surprising Benefits of Training Your Glutes
5 Reasons Warm Weather is Good For Your...
8 Ways To Have A Super Relaxing Weekend
The Importance Of Being Grateful
QUIZ: What Workout Are You?
7 Healing Foods That Boost Metabolism
You are Here: Inspiyr > GET HEALTHY > You Are What You Eat: Foods That Boost Sex Drive

You Are What You Eat: Foods That Boost Sex Drive

Although we all enjoy sex, sometimes we’re not in the right mood for it. Before Viagra was invented (well, before a lot of stuff was invented), humans relied on different types of food to increase sex drive.

Not only do these foods provide nutrition, but they also help boost hormone production, energy levels, and sexual desire. So, instead of going straight for Viagra, try eating one of these 5 foods that boost sex drive. 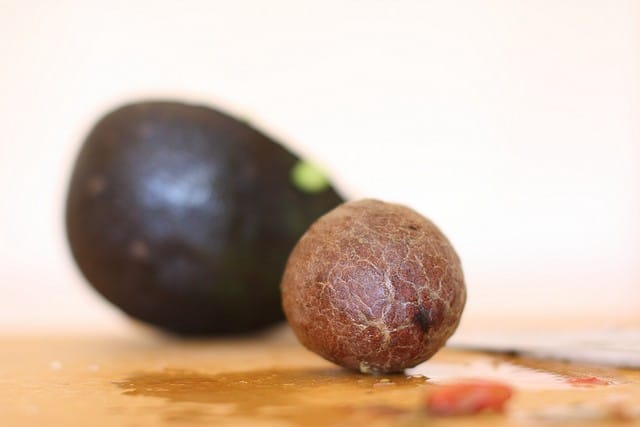 Avocados have long been considered sexual enhancers; the Aztecs used them as sexual stimulants and forbade virgin women from leaving their houses during the avocado harvest in fear that they might become sexually overwhelmed by the powers of the avocado.

This fruit is high in folic acid, which breaks down protein and boosts energy. Avocados contain a good amount of monounsaturated fat – the healthy fat – that is necessary for hormone production. In addition, they’re rich in vitamin B6 and potassium, both of which boost male hormone production and give you enough energy to last in the bedroom.

They’re the classic aphrodisiac: oysters have been consumed by individuals for years to boost libido. Casanova himself is rumored to have eaten dozens of raw oysters each day, and for good reason, too.

These hot and fiery vegetables are a great way to spice up your sex life. They’ve got the right amount of kick to increase blood flow and circulation, and the side effects of consumption are pretty similar to those associated with sex; sweating, increased heart rate, and a tingling sensation.

Cayenne and chili peppers are also good sources of capsaicin – the molecule that gives peppers their hotness – and helps your body release endorphins to get you feeling frisky. Whip up some guacamole (avocado!) and add a few peppers for the ultimate pre-bedroom party.

Bananas contain bromelain, an enzyme that may increase sex drive and reverse impotence in men (bromelain is also found in pineapple). Bananas are high in potassium and riboflavin, which increase the body’s energy levels, so that makes them a great snack to eat before a “workout.”

In addition, bananas are great for anyone who gets pre-date butterflies because they help relax the nervous system. With all of these great benefits, it’s no wonder monkeys are so obsessed with them.

While this may seem too good to be true, there’s the truth behind the libido-boosting effect of our fifth food. Chocolate contains a compound called phenyl-ethylamine, which is produced in the brains of people who are in love. When it’s consumed, the body releases serotonin (the same hormone released during sex) and an array of endorphins.

Now, this doesn’t mean that you should go eat a few candy bars before sex; only choose chocolate that contains at least 60% cacao. Better yet, try dipping strawberries (or any other fruit that’s high in vitamin C) in melted dark chocolate to add even more oomph to your bedroom festivities.

Before you go out and spend hundreds of dollars on sexual performance-enhancing drugs, try some of these natural foods that boost sex drive. Avocado, oysters, hot peppers, bananas, and chocolate do more than just taste great…they can help you and your partner feel great, too.

How I Stopped Dying and Started Living