Top Posts
24 Things That Will Make You Laugh (Even...
How To Deal With Bitter People
Having Family Problems? Here’s How To Fix Them
20 Easy Ways to Protect the Environment and...
5 Surprising Benefits of Training Your Glutes
5 Reasons Warm Weather is Good For Your...
8 Ways To Have A Super Relaxing Weekend
The Importance Of Being Grateful
QUIZ: What Workout Are You?
7 Healing Foods That Boost Metabolism
You are Here: Inspiyr > Dr. Holly Lucille 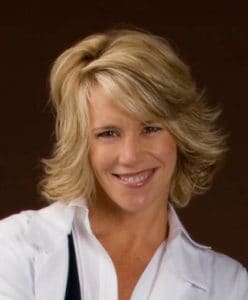 An acclaimed expert in the field of integrative medicine, Dr. Holly lectures throughout the nation on a variety of natural health topics. Her appearances include national media programs and networks including The Dr. OZ show, The Doctors, Lifetime Television for Women, Montel Williams, PBS’s Healing Quest, and Discovery Fit & Health channel.  She is on the editorial advisory board of Alternative Medicine and Natural Practitioner and is also regularly quoted as an expert in both consumer and peer journals. In 2007, Dr. Holly was listed in Time Magazine’s “Alt List” as one of the “Top 100 Most Influential People”. In 2012 she launched her own talk show “Myth-Defying with Dr. Holly” on the Veria Living network and is the co-host of the “It’s Your Health & It Ain’t Rocket Science” radio show on RadioMD.

Dr. Holly believes in the science, art, and mystery of healing and has a heartfelt passion for the individual wellness of all people. Built on this foundational belief, Dr. Holly’s private practice in Los Angeles, Healing from Within Healthcare, focuses on comprehensive naturopathic medicine and individualized care. She is on the faculty of the Global Medicine Education Foundation, a teaching organization aimed at understanding the common threads of spirituality, ecology, culture, relationships, and community inherent in all approaches to healing.

Dr. Holly is the past president of the California Naturopathic Doctors Association where she worked to ensure the availability of safe naturopathic health care by spearheading a lobbying effort to have naturopathic doctors licensed in the state of California. She has also worked with the LA Free Clinic providing health education, promotion, and prevention in the public health system and recently was awarded the “SCNM Legacy Award” for her “contribution to the advancement and development of the field of naturopathic medicine.” Dr. Holly graduated from the Southwest College of Naturopathic Medicine in Tempe, AZ where she received the prestigious “Daphne Blayden Award” for her “commitment to naturopathic medicine, academic excellence, compassion, perseverance, a loving sense of humor, and a positive, supportive outlook.”

In her “off-time,” Dr. Holly enjoys being with her family, riding her motorcycle through the mountains and along the beaches of Los Angeles, as well as playing various instruments and touring with her band.