Top Posts
24 Things That Will Make You Laugh (Even...
How To Deal With Bitter People
Having Family Problems? Here’s How To Fix Them
20 Easy Ways to Protect the Environment and...
5 Surprising Benefits of Training Your Glutes
5 Reasons Warm Weather is Good For Your...
8 Ways To Have A Super Relaxing Weekend
The Importance Of Being Grateful
QUIZ: What Workout Are You?
7 Healing Foods That Boost Metabolism
You are Here: Inspiyr > GET HEALTHY > How To Stop Being Tired All The Time (And Finally Beat Adrenal Fatigue)

Do you feel constantly run down, overwhelmed by stressful situations, and lacking in the energy that you used to enjoy?

Often, we simply attribute these symptoms to aging, but they can also be caused by chronic stress. Pressures from work, relationships and finances can build up over time, eroding your body’s ability to respond to stress the way it should.

If left unaddressed, they can result in a condition named adrenal fatigue.

Adrenal fatigue is an increasingly common condition, usually brought on by chronic stress. It occurs when the adrenal glands, along with the hypothalamus and the pituitary gland, stop functioning at their optimal levels.

This syndrome is manifested through common symptoms such as feeling tired for no reason, experiencing a decrease in vitality, and struggling to get up in the morning even after a long night’s sleep.

When you hear someone describing themselves as ‘burned out’, chances are they are suffering from adrenal fatigue.

What do the adrenal glands do?

The adrenal glands are responsible for a wide variety of different roles, which are all important for the general wellbeing of a person. One of the most important roles of the adrenal glands is to regulate how the body reacts to stressful stimuli.

If they adrenal glands are performing optimally, they will produce stress hormones that regulate our heart rate, increase our energy levels and enable us to react to whatever stressor is facing us. However, they can begin to show signs of weakness if they are stimulated for a prolonged period of time.

In other words, the longer a person is subject to chronic stress, the weaker and more depleted their adrenal glands are likely to be.

Related: 10 Ways You Can Reduce Stress

Is stress making you tired?

Unfortunately, stress is a common occurrence in most people’s lives. It can be the result of problems at work, a difficult relationship, chronic illness or many other triggers.

After coping with this stress for some time, an individual’s levels of crucial hormones and neurotransmitters start to become depleted. It is at this point that people generally start to experience the symptoms of adrenal fatigue—lack of energy and enthusiasm, constant tiredness, and even mild depression.

These symptoms tend not to be alleviated by increased rest, at least not in the short term. Taking stimulants such as coffee, energy drinks, and sugar can provide temporary boosts of energy, but they do nothing to fix the underlying cause of the problem. In fact, adrenal fatigue sufferers often end up drinking stronger and stronger coffees, with less and less effect. Eventually, the adrenal glands are simply unable to respond.

Is it a real condition?

If any of these symptoms sound familiar, you might be surprised to learn that adrenal fatigue is not yet generally recognized as a medical condition.

Adrenal exhaustion is usually diagnosed only in its final stages (when the adrenal glands lose 90% or more of their function) as a life-threatening autoimmune condition named Addison’s disease.

Conventional medicine divides us up into those who are healthy, and those who have extreme adrenal insufficiency.

In the eyes of some medical professionals, this is a black and white diagnosis with no room for interpretation. On the other hand, the majority of naturopaths and integrative doctors believe that countless individuals are suffering from milder cases of adrenal insufficiency.

Related: If You’re Feeling Tired And Moody, You Should Read This: The Guide To A Healthy Thyroid

How to recognize the symptoms

We usually label adrenal fatigue as a syndrome, since it triggers a range of different symptoms. Each one of these symptoms is a direct result of a deficiency of one or more hormones whose production is regulated by the adrenal glands.

There are many signs of adrenal fatigue, but the first and most common is usually fatigue. However, compared to the normal exhaustion that might be experienced after a long day of work or a sleepless night, this level of fatigue is persistent and exaggerated. The usual prescription of ‘get plenty of rest’ will often have no impact at all. Even so, it is possible for sufferers of adrenal fatigue to experience a sudden boost of energy sometime in the evening, a phenomenon that is caused by their off-balance cortisol cycle.

Other common symptoms of adrenal fatigue include a lack of enthusiasm and an inability to deal with stressful stimuli. The cause of this change in mood and attitude is the depletion of the adrenal glands and their inability to produce cortisol or epinephrine when needed.

Related: 53 Surprising Ways To Get Rid Of Belly Fat

Individuals with adrenal fatigue find it hard not only to concentrate and focus on dealing with stressful situations, but also to elicit emotional responses in happier situations where these might be expected. Instead they may look and feel sluggish, uninterested and complacent.

Many other symptoms can also be triggered by the decreased production of hormones like cortisol, epinephrine, aldosterone, progesterone and testosterone. Here are a few of these other symptoms:

Can you test for it?

Before you do anything else, make sure you team up with a good integrative doctor who has a thorough understanding of optimal hormone levels and adrenal fatigue.

You might be experiencing all of the typical symptoms, but your doctor will want to conduct some tests before making a diagnosis of adrenal fatigue. These will likely include tests for your cortisol levels, as well as thyroid hormones.

If you are suffering from adrenal fatigue, there are some simple measures that you can take to immediately improve your health. Getting plenty of sleep will give your adrenals time to recover; identifying and eliminating food intolerances will ensure that your body gets the nutrients it needs; and cutting down your caffeine consumption will prevent those damaging cortisol spikes. Longer term, switching to a highly nutritive diet will help your body to cope with stress more effectively. There are also many supplements (e.g. vitamin C, magnesium, probiotics) that can help you to recover from adrenal fatigue. 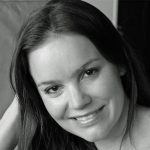 Fawne Hansen is an author and wellness coach who writes about chronic stress and adrenal fatigue on her blog. She has also co-authored a comprehensive ebook on treating and recovering from adrenal fatigue.