Top Posts
24 Things That Will Make You Laugh (Even...
How To Deal With Bitter People
Having Family Problems? Here’s How To Fix Them
20 Easy Ways to Protect the Environment and...
5 Surprising Benefits of Training Your Glutes
5 Reasons Warm Weather is Good For Your...
8 Ways To Have A Super Relaxing Weekend
The Importance Of Being Grateful
QUIZ: What Workout Are You?
7 Healing Foods That Boost Metabolism
You are Here: Inspiyr > GET HEALTHY > What Not To Eat: 15 Unhealthiest Foods On The Planet

What Not To Eat: 15 Unhealthiest Foods On The Planet

We all think we know which foods are healthy and which we should avoid, but do we really know why?  Besides the high fat content and low nutritional value, the world’s unhealthiest foods have some pretty dark secrets. Once you get the low down on the real reasons they’re a lousy choice for your health, you’ll think twice before reaching for that afternoon snack. 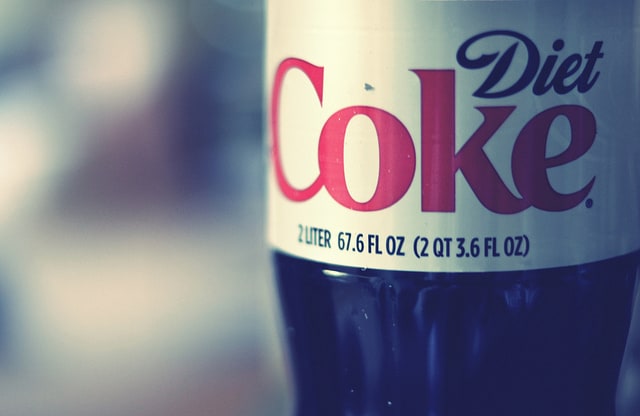 Zero calories yes, zero detrimental effects on your health? Far from it. Hidden in a huge range of products, there’s an increasing catalogue of data to suggest these chemicals are seriously harmful to health. To date the FDA has received over 10,000 complaints in relation to side effects from aspartame consumption alone.

Related: The Dangers of Diet Soda

Everybody knows that deep fat fried foods increase your amount of LDL or “bad cholesterol” which can ultimately lead to heart disease. But did you know that starch rich food cooked at high temperatures (for example French fries) creates carcinogenic compounds like acrylamide, which is also found in plastics and cigarette smoke? Nice.

Don’t be deceivedby “healthy, low fat” spreads. After undergoing a lengthy manufacturing process, what was once a natural product (sunflower, olive oil etc) becomes nothing more than a poison more closely resembling plastic than food.

Hydrogenated fats increase the viscosity of your blood forcing your heart to work harder, making them one of the worse foods for raising blood pressure.

The World Cancer Research Fund reviewed more than 7000 studies into the links between diet and cancer and found that processed deli meats like ham, bacon, hot dogs and salami were some of the worst offenders.  They’re often manufactured with sodium nitrate, a cancer causing nitrosamine.

Processed cheese is an artificial food with little to no nutritional value. In addition to the high levels of salt and fat, it also contains emulsifiers like trisodium phosphate, (commonly used as a degreasing agent.)

When you drink a glass of milk, you may be consuming more added extras than you bargained for. Non organic livestock are routinely administered antibiotics and growth hormones, traces of which are regularly found in milk. But that isn’t the worst of it.

Due to the sheer volume of milk each animal is expected to produce, many go on to develop udder infections. This means that pus leaches into the milk. In tests, one liter of Californian milk was shown to contain 298 million pus cells.

Related: How to Organize Your Kitchen for Health

High in calories and fat, commercially baked pastries and donuts may taste delicious but they won’t do your waistline any favors.

Most baked goods are made with refined flour which not only has the majority of the nutrients removed, but what’s left has been treated with harsh, toxic chemicals that may make it look all nice, white and fluffy, but won’t be any good for your health.

Let’s get real, buy a bucket of popcorn at the movie theater and you’ll eat the whole thing (a handful is never enough!) When you realize that just one small bucket contains three times the amount of saturated fat as a Pizza Hut Personal Pan Pepperoni Pizza, it no longer looks like such an appealing option.

Most commercial, boxed cereals contain extortionately high levels of sugar and corn syrup and are far from the healthy start to your day the big food companies would have us believe.

Many are manufactured using a process known as extrusion, which involves heating the ingredients to extremely high temperatures. Extrusion destroys any essential amino acids and alters the natural structure of the grain rendering it highly toxic.

Junk food is bad on all counts. High in salt, saturated fats and empty calories, it tops the list of the world’s unhealthiest foods.

Containing everything from genetically modified ingredients, meat from non organic commercially reared animals, and refined, white flour (and then cooked at high temperatures,) if you’ve been paying close attention, we need say no more.

We’re not disputing the fact that responsibly caught fish is good for you, but when it comes to farmed produce, it most definitely pays to go organic. Studies found highly toxic contaminants in farmed salmon that if consumed regularly could pose a serious risk to health. These included banned pesticides like toxaphene and dieldrin, both of which are thought to be carcinogenic.

When you see “low fat” think “high sugar”. Be sure to read the label carefully. Pre-packed diet foods, proclaiming to be low in fat are often nutritionally far worse than their full fat counterparts. Containing everything from MSG, to fillers like methyl cellulose, they’ll give you the illusion of fullness, only to have you reaching for a second helping half an hour later.

You’re mistaken if you think that soy is only for health junkies. Up to 60% of all supermarket products contain it in one form or another. As it’s mostly sourced from genetically modified crops, it’s a cheap filler for bulking out food, but it’s so heavily processed it bears no resemblance whatsoever to what we think of as the health food staple so highly revered in the East.

Fermented soy like miso and tamari have been eaten here for centuries, without having a negative impact on health. But the further away from its natural state a food is, the more we run into problems. The fact that there’s still no hard evidence that GM crops are safe, and yet we’re eating this stuff in such huge amounts is reason enough to be concerned.

It’s fair to say that most of us could have second guessed the majority of foods on this “world’s unhealthiest foods” list, but not the reasons why they’re so bad for us. When it comes to our health, nature really does have our best interests at heart. Stick to consuming the bounty that Mother Nature provides, and good health will inevitably follow.

***Want to learn which foods are the RIGHT foods to eat? Sign up here to get weekly health tips + a FREE 5 minute workout delivered straight to your inbox!***

Sarah Murphy trained at the College of Naturopathic Medicine in London, England, where she specialized in Western Herbal Medicine and Ayurveda. She writes widely about natural health, and is passionate about empowering people to take better care of their own well-being.

Five Tips If You’re On A Diet to Lose Weight

The 6 Best Workouts to Gain Muscle

Any male consuming lots of soya products really ought to read about the high content of phytoestrogens that soya products contain and what those do. There are studies it can affect the sexual health of males.

While some of the details of this article may be disputed, the point remains clear that there are many unpleasant (and sometimes dangerous) details about food production that corporations don’t want us to know. There is too much a sense of blind trust and naivety people have toward their food sources. We must educate ourselves and take responsibility for our own health.
And remember: Farmers feed cities!

What a crock. Milk is bad for you, sure.

The fact that cow’s milk is bad for you is nothing new, the only reason you don’t know that is because the billion-dollar milk lobby in Washington (one of the biggest in the world) doesn’t want you to know that and they sure invest in that.

Put cow’s milk in front of a grown cow and see what happens – she won’t drink it. That milk is meant for their babies – and that’s so the baby can achieve very high weight in a very little time.

No other species drink milk from another species, we are the only ones. These days, even veterinarians say we shouldn’t even give cow’s milk to cats – doesn’t that tell you something?

To say that soy is bad for us because it is gm is a crock! All of the city people and their damn organic! If you lie about that what else in the list is false?