Top Posts
24 Things That Will Make You Laugh (Even...
How To Deal With Bitter People
Having Family Problems? Here’s How To Fix Them
20 Easy Ways to Protect the Environment and...
5 Surprising Benefits of Training Your Glutes
5 Reasons Warm Weather is Good For Your...
8 Ways To Have A Super Relaxing Weekend
The Importance Of Being Grateful
QUIZ: What Workout Are You?
7 Healing Foods That Boost Metabolism
You are Here: Inspiyr > INTERESTING > Avoid These 9 Police Magnets When Driving

Avoid These 9 Police Magnets When Driving

There are many ways people try to get out of tickets, but wouldn’t you rather not get pulled over by the cops altogether? 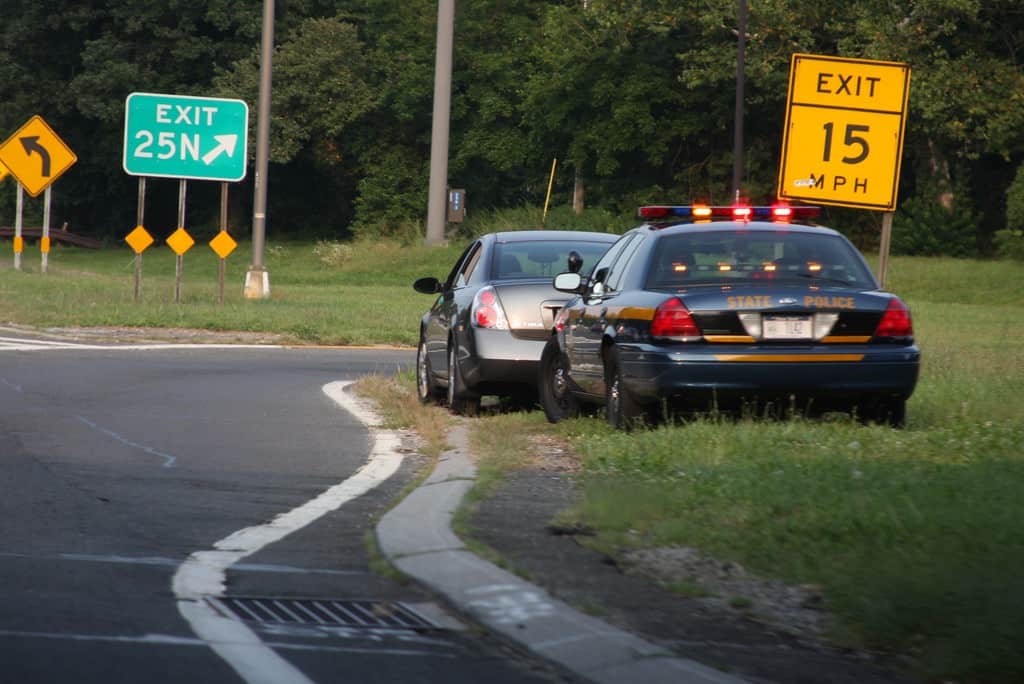 Police officers watch thousands of people drive by each day, and any one of them could be about to speed, run a red light, or commit another driving violation. Police officers cannot keep an eye on every single car, however, so how do they determine who to watch?

What makes you stand out to the police is not a big mystery, if you look at it in the right way. What do you notice when you are driving? Anything that makes a car stand out will cause the police to take notice. Driving a sports car is one of the more obvious things that will draw extra attention from the police, but there are many others you may not have thought of.

If you do happen to draw the attention of the police, it does not mean that you are going to be pulled over, or that you have done anything wrong. The police officer may just be following you because you drew their attention with one of the reasons above. What should you do though, if you are being followed? Follow these 3 rules:

1. Remain calm. If you panic and start worrying about the fact that an officer is following you, you are more likely to do something to get pulled over.

2. Do not keep looking in the rearview mirror. You may want to keep an eye on where the officer is, but this keeps you from paying attention to the road. The officer can also see you, and constantly checking the mirror may seem suspicious.

3. Do not make the closest turn to see if the officer will keep following you. If you are uncomfortable, keep driving on the road for a while, and turn onto another road after you have passed a few intersections. Make sure you signal properly in advance, however.

If you do get pulled over, do not panic. If you were following the law, it may be something minor. You could be getting pulled over because there was mud on your license plate light, and it seemed like it was out; you could also just have a tail light out. While you can be ticketed for either of these, typically all it requires is cleaning, or replacing, the light. After you have replaced the light, all you must do is head up to the local police department, have them sign the ticket saying you fixed the problem, and then turn it into the courthouse. Even if you were doing something wrong, don’t worry, there are ways to avoid, or lessen, the ticket.

Making The Case For Therapy

Yeh in the UK, computerised ANPR has totally taken over from traditional “profiling” methods used by traffic police. And it made a big difference to me, personally.

I used to get pulled over constantly, due to my long hair, penchant for older cars, and my cheech-and-chong type of driving style. I used to have to plan my journeys accordingly, travelling during the day avoiding main routes if I had to, but now I never get pulled over, as long as my tax and insurance is up to date I can cruise around and any time of the day or night without a care.

A lot of the knowledge in this article is obsolete if you live in a country which operates ANPR, although it is very ‘big brother’ concept its a lot cheaper for the cops, and if you have no records or warrants, you can have the benefit to travel freely with any slightly illegal herbs you might possess… 😉

We don’t usually get “pulls” in the UK anymore as Automatic Number Plate Recognition does most of the work. The fully loaded police cruisers that used to be known as “jam sandwiches” are stuffed full of electronics and they sound a chime when a dodgy car passes by. There are also fixed cameras on the motorways.

There really is no need for the Dukes of Hazzard stuff except for the case of stolen cars but police pursuits usually end up with severely damaged vehicles. One quite disastrous case involved the police chasing teenagers who had taken a relatives powerful Bentley sports car. When the yobs finally lost it and spun at a ridiculous speed three police cars were also written-off in the smash! Not really a good afternoons work was it?

One interesting case involved the proprietor of a hopped-up motorcycle shop. Unfortunately his hopped-up Hayabusa with its 180 mph cruise was no problem at all.for the speed cameras. What allegedly happened was that a fine and court summons were sent to the shop automatically by by the computers! Whoops!

Don’t live in a police state.

You remember hearing about “land of the free”? An’t the US any more

I have been stopped 3 times by the police, but never had a ticket, first one was when I was leaving my parents driveway, a police car had just went past, then I reversed off, they stopped me down the road shortly after, they asked me what the mileage was on my car without looking at it, I told them, then they said they were checking because some cars were getting stolen off peoples driveways.
The next time I was stopped I was on my way home from work as a bus driver around midnight, he asked me to identify myself, then he said it was just a routine check and recognised my bus uniform, and said there was nothing to worry about then let me go
.
The 3rd time I was stopped they said according to their computers I wasn’t insured, so I told him I had just renewed my insurance a week before, so he said their computers must not have updated yet and let me go.

What do you find attracts police attention while driving??? Throwing a big bag of cocaine out of the window usually does the trick!

don’t slam on your breaks to slow down when you see them.. just take your foot off the gas.. break lights tells them you know you were speeding and you are scared.. maybe because of a warrant. don’t go the speed limit… this irritates them just like everyone else.. and they feel the fear.. keep it 2-4 miles over the speed limit when they are on your bumper. they will usually assume you are an insurance/licensed driver if you are going 43-44mph in a 40 zone with them behind you.

On an interstate highway, don’t ever pass someone or be in the left lane when cresting a hill. You will look like the fastest car and are wide open to being targeted as a speeder; it is much safer to be behind someone else when cresting the hill and let them take the blame if traffic is moving swiftly. But try to stay within 5mph of the limit and you shoudn’t have a problem anyway.

very true.. if you must go 10mph+ over only do so after a car passes you going the desired speed and leave plenty of room so that they are your shield.. trucker convoys are great on long trips.

Regarding letting a faster car pass you when you want to go 10+, I’ve been doing that for years. I think of them as “rabbits” who will draw out the hidden police. I let them get about a half-mile ahead and then match their speed. When the rabbit turns off, back off a bit and wait for the next one. If you’re going slower than the fastest one and faster than the slowest one you’ll never get stopped for speed.

It really is a simple thing to do to avoid a fine ever. OBEY THE ROAD RULES.In 44 yrs of driving I was pulled over once and shame on me when the copper spoke to me I knew that they were sitting on an AMBER light whilst I had had the green. we talked and then he asked for my phone number , why do you need that I asked , Reply from him was so I could ask You out he said, My reply was I can’t do that as I ‘m getting married next week his reply was ah ell it was worth a try.I also gave him a wrong phone number. hehehe one up for the girl.

Good article, although it would be much more informative if you told people what their rights are – especially teens who may get their cars searched even if it’s not legal to do so. They’re kids & it’s hard for them to stand up for themselves to an officer in uniform. Also, another thing that can get young men stopped is having long hair, especially dreadlocks. A 2nd thing is just being out late at night when the ratio of cops to “civilians” is much higher.

If the “kid” has nothing to hide I see no reason why their vehicle being searched is such a big deal. I’d much rather have a cop in my city search a car and find nothing than not search a car that just happens to have a bomb/gun/kidnapped person/drugs…etc etc

If you really don’t know why you are being pulled over, then relax. Quit thinking that cops have the time or inclination to “hassle” you as if you were Rambo. But experienced cops know when you are driving with a joint in your pocket and a six pack under your seat just by looking at your eyes! They have pulled too many mangled bodies out of wrecked cars to have much sympathy for idiot kids. Driving is a much abused privilege, not an inaliable right.