Top Posts
24 Things That Will Make You Laugh (Even...
How To Deal With Bitter People
Having Family Problems? Here’s How To Fix Them
20 Easy Ways to Protect the Environment and...
5 Surprising Benefits of Training Your Glutes
5 Reasons Warm Weather is Good For Your...
8 Ways To Have A Super Relaxing Weekend
The Importance Of Being Grateful
QUIZ: What Workout Are You?
7 Healing Foods That Boost Metabolism
You are Here: Inspiyr > INTERESTING > Is It Ok For Men to be Sex Objects?

Is It Ok For Men to be Sex Objects?

Women have been subjugated for years as they’ve rested atop the metaphorical pyramid of sexual exploitation. One of the segments of society that has been at the forefront of this negative portrayal is mass media, where, for hundreds of years, females have been subject to the whims and sexual desires of men. But times are changing. Men no longer have the monopoly of influence and power that they once had, corresponding with visible changes in education, employment, and the American household. 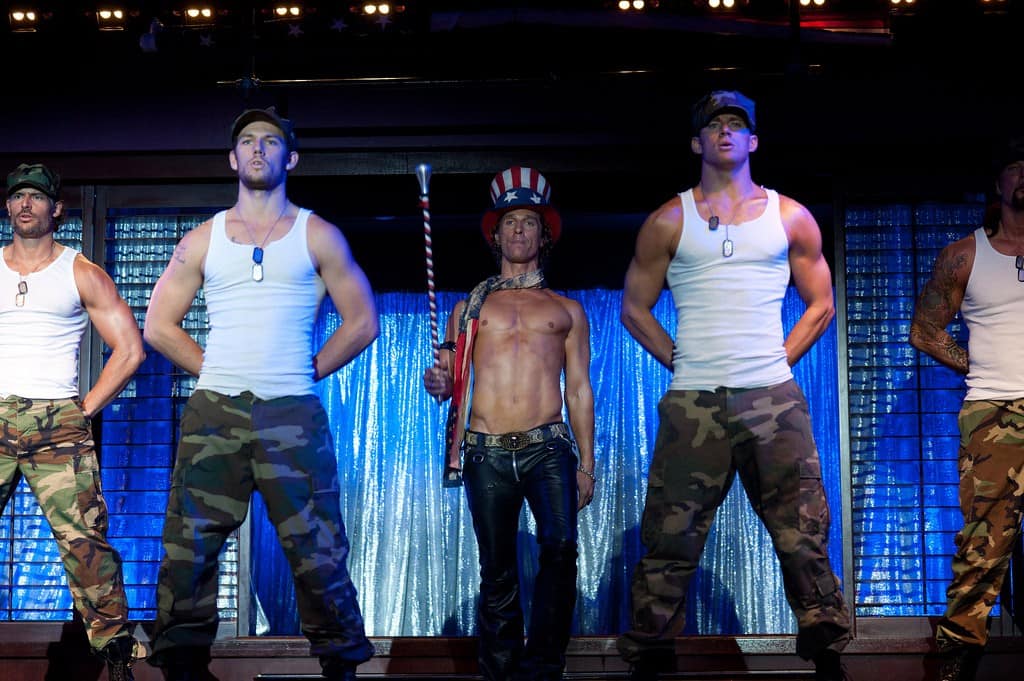 So it’s no surprise that recent media has been catering to women’s desires. Anyone who hasn’t been living in a cave knows that there has been an increase in sexualized female-targeted media in the past few years. Television shows that target females, featuring strong, sexually confident women, like Desperate Housewives and HBO’s Girls, have become more prominent with each year that passes. Recently, clothing stores have placed highly sexualized images of men on their advertisements (Abercrombie & Fitch, anyone?) and female artists like Nicki Minaj have featured half-dressed men in their music videos. The most recent influx of female-targeted media belongs to books and movies.

Fifty Shades of Grey? Magic Mike? It shouldn’t be surprising that this content is being created. Rather, the true surprise lies in its popularity. Fifty Shades of Grey has topped best-sellers lists in numerous countries and it’s been recognized as the fastest-selling paperback book of all time. The success of the trilogy has even affected businesses, with certain sex shops experiencing dramatic increases in revenue and customer traffic. Magic Mike – that movie with the male strippers – is the top-grossing film in the “dance” genre and has raked in millions of dollars worldwide. But what does the success of these two devices mean for men?

Well, it provides support to the notion that men are being sexually exploited in media. Let’s be frank: if Magic Mike were called Magic Misty and it featured a group of female strippers baring all, women would be outraged. They would be protesting outside of movie theatres claiming that production companies are sexist; husbands would be punished for even mentioning the movie. But that’s not the case, and women have embraced this media without considering that it’s a contradiction to the fundaments of equal representation in mass media that they have been bargaining for over the last few decades.

So why aren’t men boycotting movie companies and protesting? For the most part, they don’t seem to care. The sexual objectification of men in the media is parallel to what has been happening to women for decades. When musicians degrade women by rapping about their bodies (and putting scantily clad women in their videos) and when directors put unnecessary female nudity in their films, they’re profiting from the concept that sex sells. But perhaps there’s more to the story.

Has the media resorted to this exploitation because men are losing some of the power and control they hold in society? Do men like this attention? Because men have been doing the same thing for years, does that mean it’s okay for women to condone similar behavior?

Perhaps these questions don’t really have answers, but one thing is for sure: over the coming years, men will continue to take on the highly sexualized roles that we’ve already seen glimpses of. Sex sells. We all know this, but the level of monetary success is often proportional to the social acceptance of the product. As long as men and women don’t express their concerns about issues in mass media, then there won’t be any changes. Will men fight back like the feminists, or will they sit idly by as women fantasize about male strippers and CEOs with penchants for the sexual taboo? It seems that only time will tell…

7 Tips to Ordering Wine at a Restaurant

As a male who is also gay, I like the images I see, and I don’t see them as exploitative if the models want to make money out of their looks and fitness, I am fine with it. They don’t have to do it, and people don’t have to buy the products.