Top Posts
24 Things That Will Make You Laugh (Even...
How To Deal With Bitter People
Having Family Problems? Here’s How To Fix Them
20 Easy Ways to Protect the Environment and...
5 Surprising Benefits of Training Your Glutes
5 Reasons Warm Weather is Good For Your...
8 Ways To Have A Super Relaxing Weekend
The Importance Of Being Grateful
QUIZ: What Workout Are You?
7 Healing Foods That Boost Metabolism
You are Here: Inspiyr > INTERESTING > Can Guys Have Menopause?

Can Guys Have Menopause?

A recent Inspiyr article discussed male PMS and the effects it has on men of all ages, but believe it or not, PMS isn’t the only hormone-related occurrence that men have in common with women. If you’re a middle-aged guy experiencing irritability, depression, or a waning sex drive, you’re probably not alone. Like millions of other men, you may be experiencing the symptoms of male menopause. 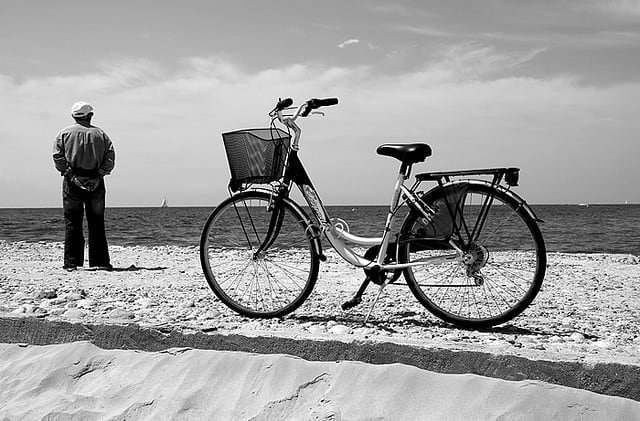 So, what is “manopause”? Technically, it’s the natural and unavoidable decline in testosterone as men age, beginning with a 1% reduction each year after men reach their early thirties. Generally, the full effects of manopause are transparent by the time men are in their forties and fifties. Although male menopause stems from this hormonal decline, in reality it is an occurrence that manifests itself in various forms, often altering men’s lives psychologically, behaviorally, and physically. In Lisa Bloch and Kathy Silverman’s new book, Manopause, they take an in-depth look at male menopause and explore its numerous intricacies.

Often, the most perceptible outcomes of male menopause are physical in nature, but the behavioral and psychological ramifications are just as pertinent. Reduction in muscle mass, loss or decline in energy and stamina, and a waning sex drive are major physical side effects. Behaviorally, men may become easily irritated, short-tempered, and they may experience a heightened level of sensitivity.

The combination of these physical and interactive alterations, in connection with the sense of helplessness and confusion that these changes present, may result in depression. The obvious results of untreated depression – including the effects it may have on a man’s career, family, and overall wellbeing – make male menopause a likely detriment to men’s lives.

Is It Good For Men?

On second thought, there is the possibility that manopause can improve the lives of men. It may sound ridiculous to assert that an occurrence like manopause, which has a whole list of downsides, can have positive effects, but Bloch and Silverman believe there is the potential to turn this sack full of lemons into a nice pitcher of lemonade:

“This time of a man’s life should not be thought of as a “midlife crisis”. Instead, it should be seen as a “midlife opportunity” which, if properly taken advantage of, will give men a chance to redefine themselves and to move on to fuller, richer and more fulfilling lives. From the woman’s point of view, a manopause partner, if informed and understood, can be more mellow and patient, a better confidant and companion, and a more sensual lover, as he is open to taking the time to embrace all the wonderful things life has to offer.”

Can You Prevent It?

Of course, if the complete list of manopause side effects seems like too much for you to swallow, there are steps that can be taken to reduce its severity. As stated above, manopause is a natural, inevitable occurrence, but practicing a healthy lifestyle can reduce the likelihood of unnecessary testosterone declination.

Exercising regularly – specifically strength training – while maintaining a healthy diet, and drinking alcohol in moderation are prime examples of maneuvers that can be taken in order to prevent dramatic hormonal reduction. But if these steps seem like too much work, there is a more controversial method called testosterone replacement therapy.

Clinical trials for TRT are still ongoing, but there is a list of possible side effects including prostate cancer, sleep apnea, and congestive heart failure. Ultimately, it’s up to men to practice healthy, responsible lifestyles at a young age in order to be their healthiest when they’re older.

In the end, manopause can seem like a gloomy start to a time when men are supposed to be relishing in the fruits of their labor. Although it may seem like an end-all scenario, it’s possible to reduce the severity of manopause, and if managed correctly it’s possible to turn this bleak occurrence into a positive experience. By growing and learning to cope with life’s struggles rather than running from or fighting them, a more meaningful and enjoyable life can be achieved.

The Best Natural Supplements For More Energy, Health and Vitality