Is the old wives tale true? Are some people just “sweeter” or naturally more attractive to the flying bloodsuckers than others? What exactly makes people a target for a mosquito bite, and why are others seemingly immune to the pests? 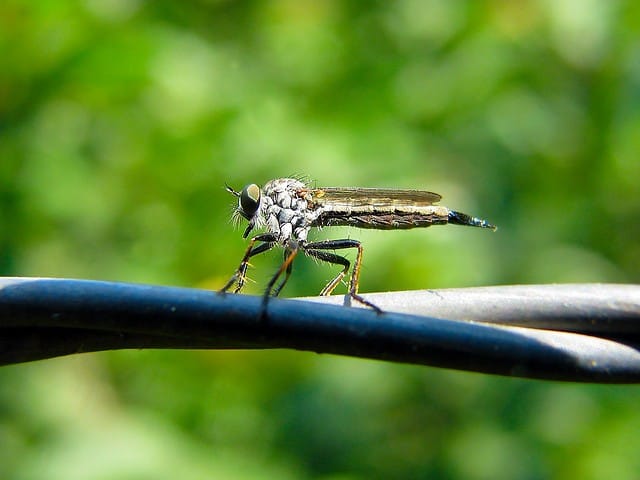 Why Mosquitos Bite Some People But Not Others

Researchers have determined that it is not a smell or taste that drives a mosquito to bite its victim, but rather behavioral patterns or other signs that prey may be less “defensive.”

In fact, a slower, larger animal that has a low activity level will always be more attractive to a mosquito than a lively small one that is bouncing all over the place. Effort and survival play the biggest role in determining potential targets. If a mosquito thinks it can sneak a couple drops of blood from you, safely, and with a decreased chance of being swatted, it’s going to go for it.

Interestingly enough, ingesting alcohol (beer, mostly) can make you a more attractive target for a mosquito bite. This could be because the alcohol slightly raises your body temperature and reduces your reaction time, but it is probably mostly due to the increased apathy the target may exude when under the influence. According to one research study, mosquitos landed on study participants much more frequently after they began drinking beer:

“Thirteen volunteers (12 men from 20 to 58 years old and a 24-year-old woman) were chosen as test hosts and a 30-year-old man was established as a control. We measured ethanol content in sweat, sweat production, and skin temperature before and after ingestion of 350 ml of beer (ethanol concentration 5.5%) by volunteers and compared them with a control subject. Our study demonstrated that percent mosquito landing on volunteers significantly increased after beer ingestion compared with before ingestion, showing clearly that drinking alcohol stimulates mosquito attraction.”

Related Article: 6 Reasons Beer is Good For You

Effects of a Bug Bite

A mosquito bite is mostly harmless, most often causing a slight irritation at the source of the bite, however the little insects can carry diseases from other animals, and therefore can be a threat to your summer fun. According to Dr. Glenn Braunstein, in rare cases a mosquito bite can cause serious health problems:

“While most mosquito bites are little more than a bother, the bugs are notorious carriers of disease and pathogens. Malaria, of course, is a global scourge linked to these blood-sucking pests. It’s not seen in California, where the main, mosquito-related bane is West Nile virus, or West Nile fever. This skeeter-borne disease can cause abdominal pain, diarrhea, fever, headache, lack of appetite, muscle aches, nausea, rash, swollen throat and lymph nodes, and vomiting. More serious forms of the disease can cause confusion, lack of consciousness or coma, muscle weakness, neck stiffness, and weakness in one arm and leg.”

Of course the easiest way to avoid the little buggers is to just stay indoors, but that would make for one boring summer, wouldn’t it?

Just stay active and aggressive when it comes to dealing with the mosquito, and you can prove yourself to be more trouble than the sweet nectar you contain is worth. You could also try some natural ways to keep the bugs away so you can enjoy the outdoors without any nasty bites.