Top Posts
24 Things That Will Make You Laugh (Even...
How To Deal With Bitter People
Having Family Problems? Here’s How To Fix Them
20 Easy Ways to Protect the Environment and...
5 Surprising Benefits of Training Your Glutes
5 Reasons Warm Weather is Good For Your...
8 Ways To Have A Super Relaxing Weekend
The Importance Of Being Grateful
QUIZ: What Workout Are You?
7 Healing Foods That Boost Metabolism
You are Here: Inspiyr > CAREER & MONEY > Why Multitasking Isn’t Good For You

Why Multitasking Isn’t Good For You

Do you pride yourself on being able to juggle several tasks at once? Well, you may want to keep your bragging to yourself. Numerous studies have shown that attempting to multitask will actually lower both the amount of work you get done, and the quality of your work. Heavy multitaskers also have higher levels of stress, and a generally lower quality of life than those who focus on one task at a time. Why is that? 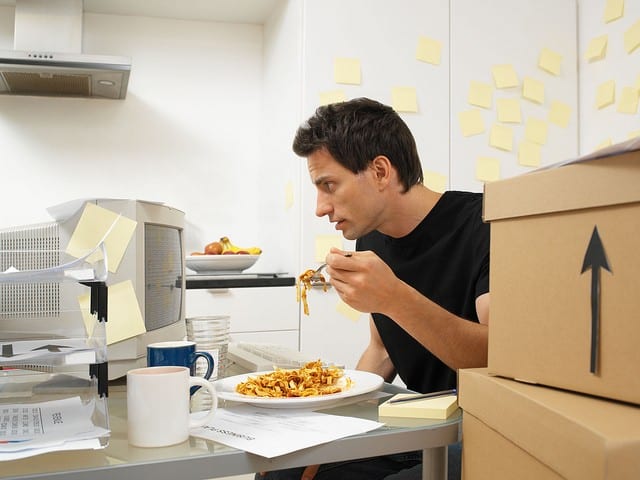 Why You Should Stop MultiTasking

Exhibit A: It Overloads the Brain

Scientists at the Massachusetts Institute of Technology (MIT) have conducted extensive research on how the human brain works while a person is working on multiple tasks. Their scans of the brain while multitasking show that it is only focused on one or two stimulants at a given time. This, according to the research by MIT neuroscientist Earl Miller, means that our brains will either dart back and forth between two or more different tasks or worse, become overloaded.

When this happens, our thought process becomes like that of someone who’s lost a night’s sleep. In this state, reaction times are decreased, it becomes difficult to focus, and fatigue can start to set in.

Exhibit B: It Results in Less Productivity and Higher Stress

Another study showed that when people switch from one task to another, they work faster, but produce less. This decreased output, combined with increased brain activity causes us to feel frustration, higher stress, and exhaustion.

These moods are not just us “feeling down” either. Our brain chemistry actually changes when we are multitasking.

According to Dr. Miller, only about 2.5% of the population can manage multiple tasks at once without seeing a decrease in productivity. The rest of us experience a work downfall of nearly 40% when we focus on more than one thing. Even doing two similar things together, such as checking email while writing a text message, will slow us down and increase our stress.

One of the great myths of modern society is that advanced technology allows us to accomplish several complex tasks simultaneously. According to psychologist Jim Taylor, the only way to truly multitask is if “1) at least one of the tasks is so well learned as to be automatic, meaning no focus or thought is necessary to engage in the task (e.g. walking or eating) and 2) they require different types of brain processing.”

Taylor further says that what many of us view as multitasking is actually serial tasking. That is, we are not actually doing two or more things at once, but we are in fact quickly shifting back and forth between tasks. His research further shows that when the brain shifts focus from one task to another, there is a lag time while the brain pulls itself away from one task and refocuses on the other.

The worst part of all of this collected research is that it shows that people who multitask the most tend to be the worst at multitasking. Self-labeled “heavy multitaskers” often have a worse memory, take longer to solve focusing tests, and have shorter attention spans than those who describe themselves as infrequent “multitaskers.”

Multitasking results in a slower thought-process, decreased productivity, increased stress, and physical exhaustion. Time is better spent focusing on one specific task rather than trying to switch between several different things and getting distracted.

What You Don’t Know About Acupuncture