Top Posts
24 Things That Will Make You Laugh (Even...
How To Deal With Bitter People
Having Family Problems? Here’s How To Fix Them
20 Easy Ways to Protect the Environment and...
5 Surprising Benefits of Training Your Glutes
5 Reasons Warm Weather is Good For Your...
8 Ways To Have A Super Relaxing Weekend
The Importance Of Being Grateful
QUIZ: What Workout Are You?
7 Healing Foods That Boost Metabolism
You are Here: Inspiyr > GET HEALTHY > What ESPN’s “Greatest Endurance Athlete of All Time” Learned from a Shaman 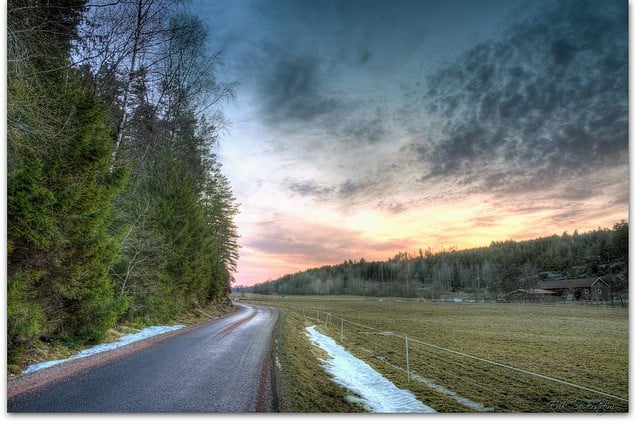 Mark began his career as a triathlete in 1982. By 1989, after humbly accepting six straight defeats at the Ironman, he questioned whether he should give up, but decided to give it one final try. The one-day journey through the lava at Kona, on the Big Island of Hawaii, is a test like no other. It’s an exhaustive trial of body and soul that starts with a 2.4-mile open ocean swim, followed by 112 miles of cycling through relentless hot trade winds along the dry, desolate lava-strewn west side of the Big Island, then 26.2 miles of running in temperatures in the high 90s. 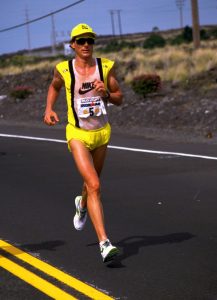 Mark was running just behind six-time Ironman champ Dave Scott. His reserves were reaching their limit and he was about to resign himself to second place when an image of an old Huichol shaman named Don José Matsuwa and his adopted grandson, Brant Secunda, came into his mind. He had recently seen a photo of these two in a magazine advertising their upcoming workshop on shamanism. At that moment, Mark’s weariness dropped away and he was able to overtake Dave Scott for the first time in the race. He ended up winning by 58 seconds.

Soon after, Mark began studying with shaman Brant Secunda, whose teachings, practices, and tools for transformation helped him change pain into joy, inner struggle into gratitude, and impatience and fear into calm and courage. From Brant, Mark learned how to think of fitness in broader terms–in terms of his spirit and emotions–in order to become the champion he aspired to be.

Here are six lessons the Ironman learned from the shaman, which you can apply to any of your goals in life.

During the 1992 Ironman competition in Kona, Hawaii, Mark was running behind a Chilean named Christian Bustos, known for being a super-strong endurance runner. His mind started to race with internal chatter: I can’t keep up with him any longer. I don’t know why I’m doing this stupid race. I won’t win. Then he remembered the lesson Brant had told him many times: “Quiet your mind. Pay attention to the beauty that surrounds you.” Mark focused on thinking nothing at all, neither positive nor negative, and looked around at the spectacular natural surroundings. The instant his mind went quiet, he began to close the gap until he was in the lead.

When Mark competed in the Nice Triathlon in France, running along the beautiful beach-lined Cote d’Azur, he found himself over five minutes behind the French champion with 10 miles to go in the race. He remembered the mantra Brant had repeated over and over: “Be fearless in the face of your fears.” Mark concentrated his focus on the nerika, a place in the heart we all have, which the Huichol shamans say is naturally calm and alert. Having practiced this many times under Brant’s tutelage, Mark quickly felt peaceful and joyful to be running in this gorgeous spot. With fewer than 400 meters to go, he passed his rival and won the race.

Whether it exercises he did every day to train for an Ironman event, or the never-ending practice of clearing away negative thoughts, Mark learned that the effect of doing this even once was profound, but by the hundredth time yielded a far deeper reward. Brant likened the power of repetition to the pleasure the Huichols take in planting a steep hillside with corn, one kernel at a time. The work is relentless, but they enjoy the repetition, knowing the immense satisfaction they will feel when the shoots emerge to cover the entire slope.

4. Slow down to get faster

Mark’s old training program entailed working out as hard as he could. He figured if he trained fast, he could become fast. Yet he was often tired and sick and depleted after these workouts. Brant taught him that the Huichols have some of the strongest, fittest elders who, at well over 80 or 90 years of age, can still walk miles every day and carry heavy loads of wood or water up and down the steep hillsides where they live. They never rush, yet they get a tremendous amount of physical labor done. Mark began slowing down his workouts–using a heart-rate monitor to stay just below his target heart rate. This accomplished two things: Mark’s endurance, strength, and flexibility increased to record levels, and he began enjoying his workouts again, which kept him motivated.

5. Strive to be steady

In triathlons, Mark often found that the steadiest athletes–the tortoises–always had the best performances. Yet until he started working with Brant, he had always charged full steam ahead and then would need to slow down and recover, until he could get up the energy to surge again. Brant taught that there is tremendous strength in being steady and maintaining balance. He said that being steady is one of the secrets to the longevity that enabled his Huichol grandfather, Don José, to live a long and healthy life all the way to 110 years of age! Mark said it took a lot of self-confidence to let others get ahead in the early stages of the race. But once he learned how to stay calm and focused on putting one foot in front of the other and to have faith in his own ability, he had the key to winning–and doing so consistently.

6. Shake hands with the impossible

Good athletes can perform well when things are going as planned. But it’s the great ones who are able to rise up and achieve amazing success when nothing is going right. Brant helped Mark to do just that by emphasizing to him again and again that “It’s not over until it’s over.” In other words, no matter how impossible a victory or a great performance might look in the moment, take the next step and then the one after that, because things can always turn around. Never give up. This was a mantra that helped Mark keep going in his final Ironman when he found himself 13 1/2 minutes behind the leader at the start of the marathon, a gap no one had ever closed to become the champion. He did keep taking the steps, making up the smallest of margins until finally, after 23 miles of running and nearly 8 hours of racing, Mark took the lead, making the final pass of his Ironman career to overtake a competitor who was 13 years younger than he was. He went on to win his sixth and final Hawaiian Ironman World Championship.

To learn more about these lessons, check out the book Mark and Brant co-wrote to help others in their journey: Fit Soul, Fit Body: 9 Keys to a Healthier, Happier You (BenBella Books).