Top Posts
24 Things That Will Make You Laugh (Even...
How To Deal With Bitter People
Having Family Problems? Here’s How To Fix Them
20 Easy Ways to Protect the Environment and...
5 Surprising Benefits of Training Your Glutes
5 Reasons Warm Weather is Good For Your...
8 Ways To Have A Super Relaxing Weekend
The Importance Of Being Grateful
QUIZ: What Workout Are You?
7 Healing Foods That Boost Metabolism
You are Here: Inspiyr > GET HEALTHY > The Entire Foundation Of The Paleo Diet Is Wrong. Here’s Why

The Entire Foundation Of The Paleo Diet Is Wrong. Here’s Why

Some time ago, writing on the facts of nutrition—if I can so boldly presume that there are any—I permitted myself a brief passage in support of the paleo diet.

The premise of paleo, of eating meats and leaves and sometimes berries, is a sound and agreeable way of eating, but that the anthropological notion that all humans were designed to eat the same way is, at best, very goofy. 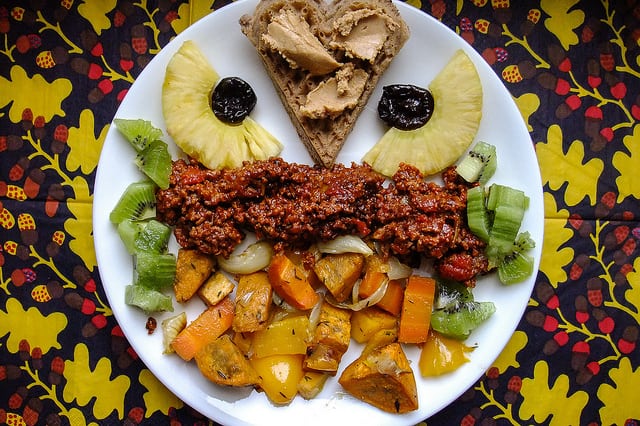 The diet has come under a lot of inspection—and scrutiny—lately, and as its popularity surges, so does the number of casual and vehement dissenters.

What follows is an unbiased discussion (with some occasional sharp remarks) about the merits and potential drawbacks of the this popular diet.

Whatever America may be short on otherwise, like cash flow or opera houses, the one thing we have never been in drought of is a flow of lively and professional imbeciles.

There is, on one hand, a deluge of people happily unknowledgeable in the department of nutritional sciences, writing cookbooks and peddling paleo baked goods. As a whole, they know little more about effective nutrition than a streptococcus knows about the effects of minimum wage.

On the other hand, you have the nutritional mathematicians, whose job it is to dismantle all the new ideas. This group attempts to break nutrition down into its component parts, and to figure out the operations of the whole by the ordering of the pieces.

But it seems to me that it doesn’t quite work that way. A calorie, it must be obvious, is more than just a calorie, and there is, whether we care to admit it or not, always some unknown “X” which needs to be guessed at.

That X tends to be, in most cases, largely a matter of what to eat and when. The paleo diet addresses this, and so does any other number of diets that consider the importance—or lack thereof—of food quality and timing.

Related: 8 Things I Learned That Totally Changed The Way I Eat Food

But the term “paleo” has been so overworked as of late that it’s genuinely hard to distinguish what it means. To my knowledge, following the paleo diet means eating natural (read also: not chemically processed) foods that are not grains. Dairy, too, is out.

Largely, I think this is sound advice; a little sweeping, perhaps, but if a person were to do nothing else but follow that general prescription, they would be sturdier in their constitution and of a far sounder mind than most any following the standard American diet.

The Big Problem With Going Paleo

The other enormous error made by paleo sophists is any possible inference deducted from their one very unsound assumption: the idea that we as primitives ate a diet of mostly other creatures, with some leaves and berries mixed in along the way, and little if nothing more than that. But anthropological science destroys this notion at a glance.

Weston A. Price, in his book Nutrition and Physical Degeneration, examined 16 dissimilar cultures who all experienced abounding good health but ate various and radically different diets.

This fascinating observation, collected over eighty years ago, stands in tall opposition to paleo, and the fundamental theorem that we are all designed to eat the exactly same way.

But upon closer examination, we do discover that all 16 of these cultures ate in similar patterns, and shared a few things in common.

1. All of them ate animal flesh.

Some more than others, but none were utterly and absolutely free of meat.

2. They ate organically without them even knowing it.

3. They ate nothing processed.

Here, the paleo diet gets pretty close, though it has unjustly banished some foods—namely grains—that “primitive wisdom” is actually in favor of. Veganism misses the mark obscenely. And so does the preposterous notion that a calorie is just a calorie.

So what’s the scoop on the paleo diet? In brief, a person should eat more leaves than they do breakfast cereals, and include fresh flesh in their diet. Sugar should be avoided, and most any forms of food that require ingredient lists.

Nature didn’t see it fit to label her foods low-fat or gluten-free, and probably she finds the “all-natural” imitations insulting. Eat organic, and shop the perimeter. Lift heavy, go for a brisk walk, and dedicate fifteen minutes to your daily praying chamber, just in case.

The Minimalist’s Guide To Working Out: How to Exercise the RIGHT Way

QUIZ: How Do Others See You?