Inspiyr recently spoke with Dr. Alan Christianson, an integrative healthcare provider and co-author of The Complete Idiot’s Guide to Thyroid Disease who believes true health starts with lifestyle, not popping pills. Dr. Christianson spoke about the problem with traditional medicine today, why taking a pill is not the solution to most ailments today, and how you can stay healthy into your golden years by making a few subtle lifestyle changes now.

Inspiyr: What’s the problem with traditional medicine in the US today? 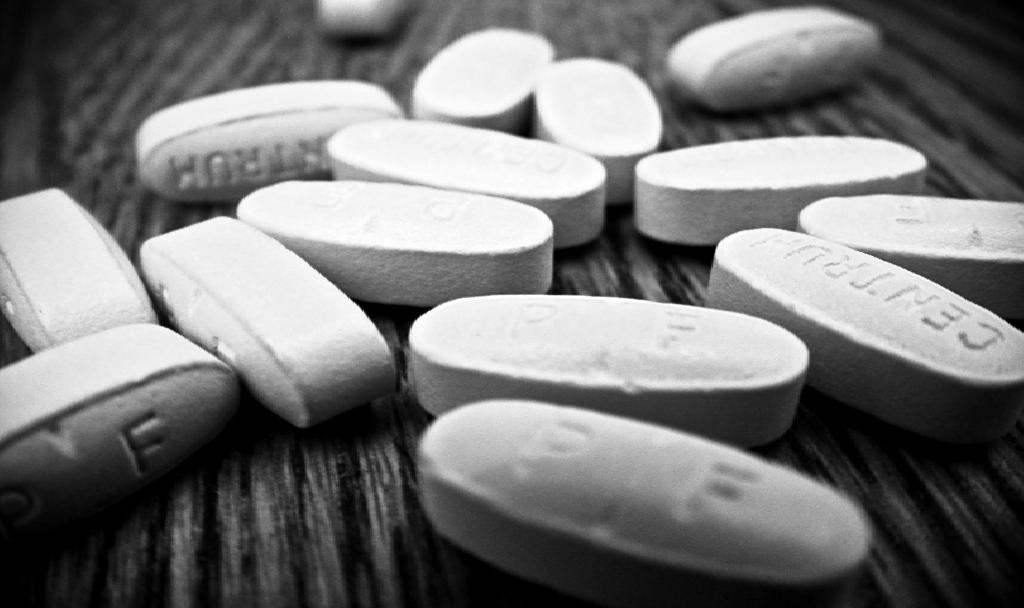 The drug companies want to make sure there’s a product on the market and that the product will have significant sales. Consequently no one is banking on the hail-mary passes.  Nobody is banking on radically new treatments. What everyone focuses on are the tried and true treatments, with slight modifications. That’s not enough to substantially raise efficacy, but just enough to extend the patent and put a “new” product back in the marketing chain.

That’s the difficulty; we’ve got some very good ways at managing acute conditions; by and large we’ve figured that out. We pretty well know how to manage infection and trauma. What we really are dealing with nowadays is chronic disease. Projections are showing that for the first time in human history the coming generation will actually have a shorter lifespan then the current generation.

That’s because the model of using a drug to treat a condition came about after the success of drugs and vaccines with infections.  Unfortunately, this does not work for chronic diseases like cancer, diabetes and heart disease.  The largest cause by far of these is decades and decades of an unhealthy lifestyle. That’s what we’re running into right now.

What are effective ways to improve our lifestyle for long-term health?

Basically it’s a matter of small changes that take place over long periods of time.  Think about compounding interest that investors often tout. It really is not a matter of heroic alterations, instead it’s a matter of just achieving that tipping point where someone has a slight caloric deficit and then maintaining that over a long enough period of time so they avoid the chronic disease impact from obesity. So many people don’t hit their genetic potential because they die early from chronic diseases.

It’s a matter of identifying what the big risks are and taking the appropriate steps. The bulk of that comes down to basic nutritional change.

1. Focusing upon foods that are in a less processed state.

2. Getting the body moving properly.

3. Getting adequate sleep and down time.

There’s a phenomena in evolutionary biology called a “supernormal stimuli”, which means we have a lot of built in triggers that at one point had a big survival advantage. But now the triggers can be activated in ways that are no longer beneficial to our survival.

The strongest example was actually seen in birds in the 1950’s. Scientists identified many species of bird where the mother bird would focus her time on the egg that was the most viable and healthy. If there was another mother bird that spent all of her time on the egg that was withered and pail and probably wouldn’t survive, the healthier bird that should have had a chance wouldn’t have made it. That would have been a very unsuccessful genetic line.

So they isolated variables of pigmentation of the shell of the egg, the blue color of the eggshell and the size of the eggshell as the main variable that would make the mother bird spend more time caring for the egg. Scientists then conducted an experiment in which a rather large inflatable ball was made that had a very bright, neon blue color and the size range and the color range were disproportionate with whatever would occur in the natural breed of egg. The birds would go after the size and the color traits and they would spend all of their time on this fake egg and not take care of the healthy eggs anymore.

That’s basically the parallel we have going on with processed foods. There was a time when our ancestors had access to dense sources of calories. When they could get a honeycomb or a fatty kill every now and then it was in their interest to gorge themselves. They weren’t aware of that but those that innately did like high calorie foods got through the next famine. Those who were indifferent didn’t.

Modern foods are basically that giant blue ball to that mother bird. It’s modern foods we have now and primarily processed sugars that make us want so much more because of that old genetic trigger.

That’s why we’re seeing all of these diseases like obesity and diabetes, which really parallels the last few decades as sugars have made up a greater percentage of caloric intake by people.

So if lifestyle changes are the best remedy for most current diseases, when should we take pills?  When should we opt for more aggressive treatment?

What we think of as aggressive treatment is not necessarily effectively aggressive. Case in point would be statin medications. Statin medications are very widely used for the perceived cardiovascular risks of elevated cholesterol. Cholesterol in health carries about a 30% additional risk in cardiovascular disease. Statin drugs do help if you look at populations of thousands of people over a long period of time. The difficulty is that the benefits are small enough where they rarely translate to the individual.

There’s a type of genetic research called NNT. Basically it’s the number of times you have to swing the bat to hit the ball. In the case of statin drugs and cardiovascular deaths the NNT is always around 100. What that means is that you need 110 statin drugs for 10 calendar years to see 1 less cardiovascular death. The difficulty is that the doctors and patients often have the perspective that the pill is a safety blanket or a hall pass. Basically if you take the pill you’re protected. It’s partially true if you look at large numbers of people over long periods of time there is some degree of benefit that does manifest. That benefit rarely translates at the individual level, though. Statistically you’re much more likely to not have benefit than to have benefit. That’s at the cost of significant side effects.

Really, statin drugs do have slight benefit for those who have the greatest number of risks and for some reason are unable to instigate lifestyle change. But I think it should be much more transparent to people how much benefit they’re actually getting. I think so often the reason they don’t pursue lifestyle more aggressively is because they and their doctors don’t really understand how little protection they’re getting from medication. They’re often think that it would be nice if you ate better, but in the meantime you can take a statin drug. Since we don’t really expect you to change your behaviors this will at least give the same benefit. Yes there may be some side effects and there may be some cost but at least it will protect you.

The reality is quite a bit different then that. I think if people realize how much risk they still face just in terms of their levels of lipids and their body mass they would have stronger motivation to do more effective therapy and actually change their body mass and decrease their cholesterol.

Dr. Dean Ornish is a great example of that. He showed clearly that not only can you lower cholesterol but you can completely reverse cardiovascular disease and progress cardiovascular plaque purely by lifestyle alone. But so commonly people are falsely led to a complacent state by thinking they are already achieving these benefits by taking a pill, but most are really not.

What are some of the best alternative health practices out there?

There was a 60 Minutes special recently that highlighted the work of a researcher who has been published and whose work has been seen in medical journals for the last decade. The research has shown that antidepressants don’t work. The way it works is that when medications are approved, companies have the chance to get approval by having two studies showing the medication had an effect that was greater than the placebo effect. The fine print is that they can go through as many studies as they want unsuccessfully to get two studies showing efficacy greater than the placebo. The researcher collected all of the successful and unsuccessful studies, using the Freedom of Information Act.

In medical research, when things are done in a scientific sense, we compile studies. We look at studies that have a scientific outcome and combine those on the same topic and combine them into a meta-analysis. So basically 10 separate studies of 100 people could be combined on paper into a large study of 1000 people.  This can really help weed out biases of the smaller studies, good or bad. When the studies that were rejected were combined with the studies that were submitted to the FDA, it’s been shown overwhelmingly that anti-depressants are actually less effective than the placebo for the vast majority of patients suffering from mild to moderate depression. There is a slight statistical advantage for patients suffering from the most severe depression, however.

There has been decades of research showing that cognitive behavioral therapy has a very high efficacy rate – in the 60%, 70%, even 80% in some studies – without side effects and with lasting benefits.  Because people are given the perception that the drugs are effective they use those instead and they tend not to get the corrective effect and may get some benefit because they have expectations for an outcome, which is what the placebo does, but there’s not really a resolution of the issue or a state of greater growth.

What advice do you have for those of us who want to live better and healthier lives?

It does take being somewhat of an advocate and being involved with your own care.  It’s smart to have a team approach as well.  This ideally would include practitioners of Naturopathic, Integrative, or Functional medicine.  They can do the best of conventional care while also giving good guidance in lifestyle and preventive care.

There certainly are huge benefits to what we’ve got from conventional medicine. We’ve gotten very good systems of screenings. Things like colonoscopies are huge lifesavers. There are great treatments for acute conditions.

At the same time, it’s nice to partner with someone who can guide you through more detailed movements toward health; for example, guidance on nutrition and managing your body weight.

That said, if you’re smoking, that’s the first priority. The second would be getting a healthier weight circumference, which is one of the strongest predictors of premature death of cardiovascular disease and cancer.